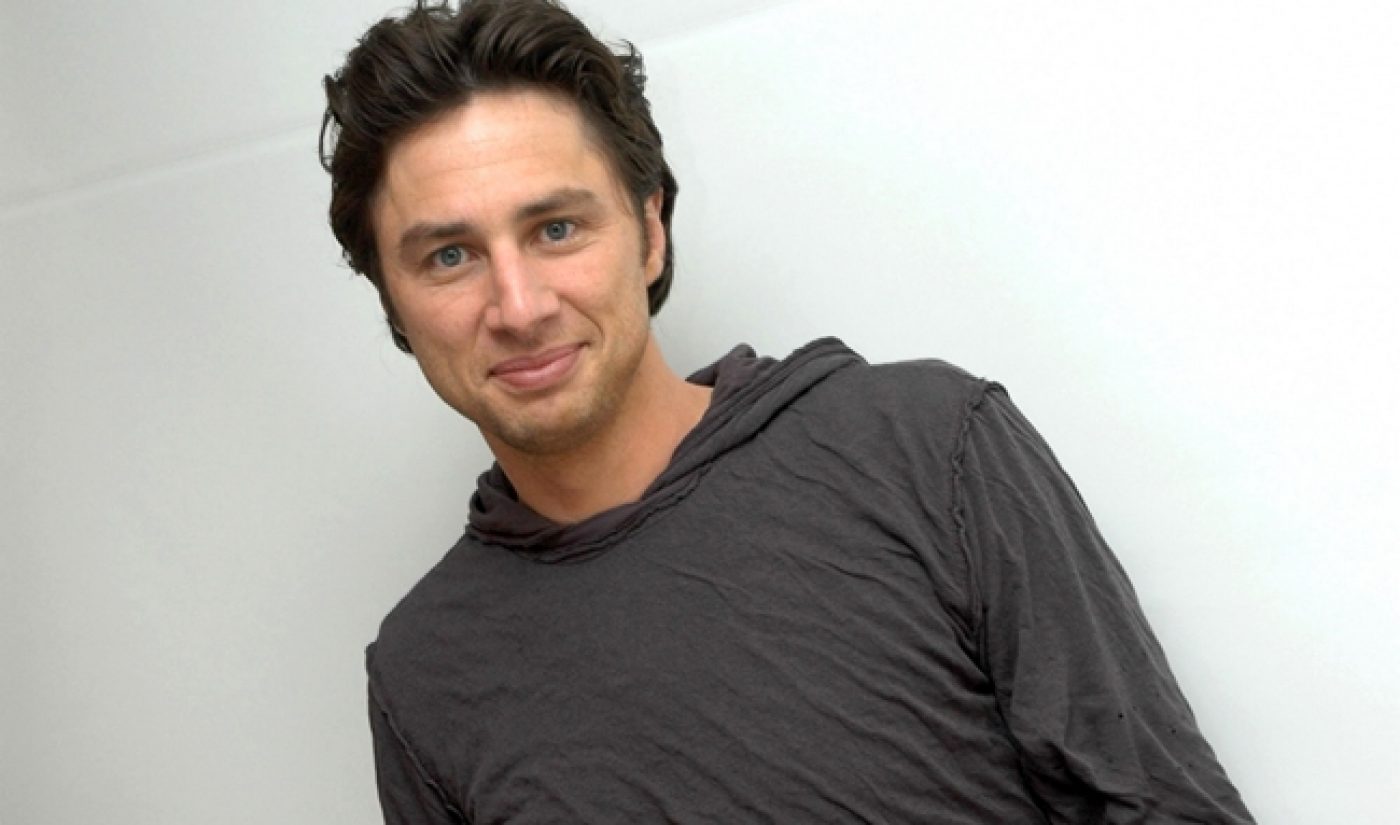 Zach Braff’s Wish I Was Here has now exceeded its initial $2 million Kickstarter goal despite a continuing debate about who should and should not be using online fundraising. Braff has previously stated that the $2 million raised from fans is only a portion of the film’s budget, and at Cannes Film Festival, a big-time backer announced its involvement in the project. Worldview Entertainment, a leading film financier, will provide gap financing to help fill in Braff’s budget.

Braff noted in a recent interview that he plans to put “an ass-ton of [his] own money” towards to project, and with Worldview’s involvement, the budget for Wish I Was Here is now estimated to be slightly more than $5 million. For comparison, Garden State‘s budget was $2.5 million and $3 million when adjusted for inflation–meaning that the budget difference between the two films is exactly the amount Braff sought on Kickstarter.

Braff continues to face heavy criticism for his decision to use Kickstarter, with detractors pointing to his $22 million net worth as evidence that he doesn’t need to take money from his significantly poorer fans. One of Braff’s most recent critics is Hal Rudnick of the Screen Junkies channel, who released a tongue-in-cheek video attacking Braff and his access to “money people”. When you look at the ease with which Braff locked up additional funding from Worldview, Rudnick has a point. The film-savvy comedian has even started a half-serious fundraising campaign of his own: Don’t Back Zach, a quest to take out a full page ad in the Hollywood Reporter urging celebrities to stop using online fundraising for their “vanity projects”.

Worldview’s involvement should not be seen as a black mark against Braff. If you’re already against his campaign, this update changes nothing. For those of you on the fence, understand that the presence of gap financing doesn’t invalidate the generous funding already pitched in by thousands of fans.