Crackle’s Originals To Continue To Meld TV And Web Models 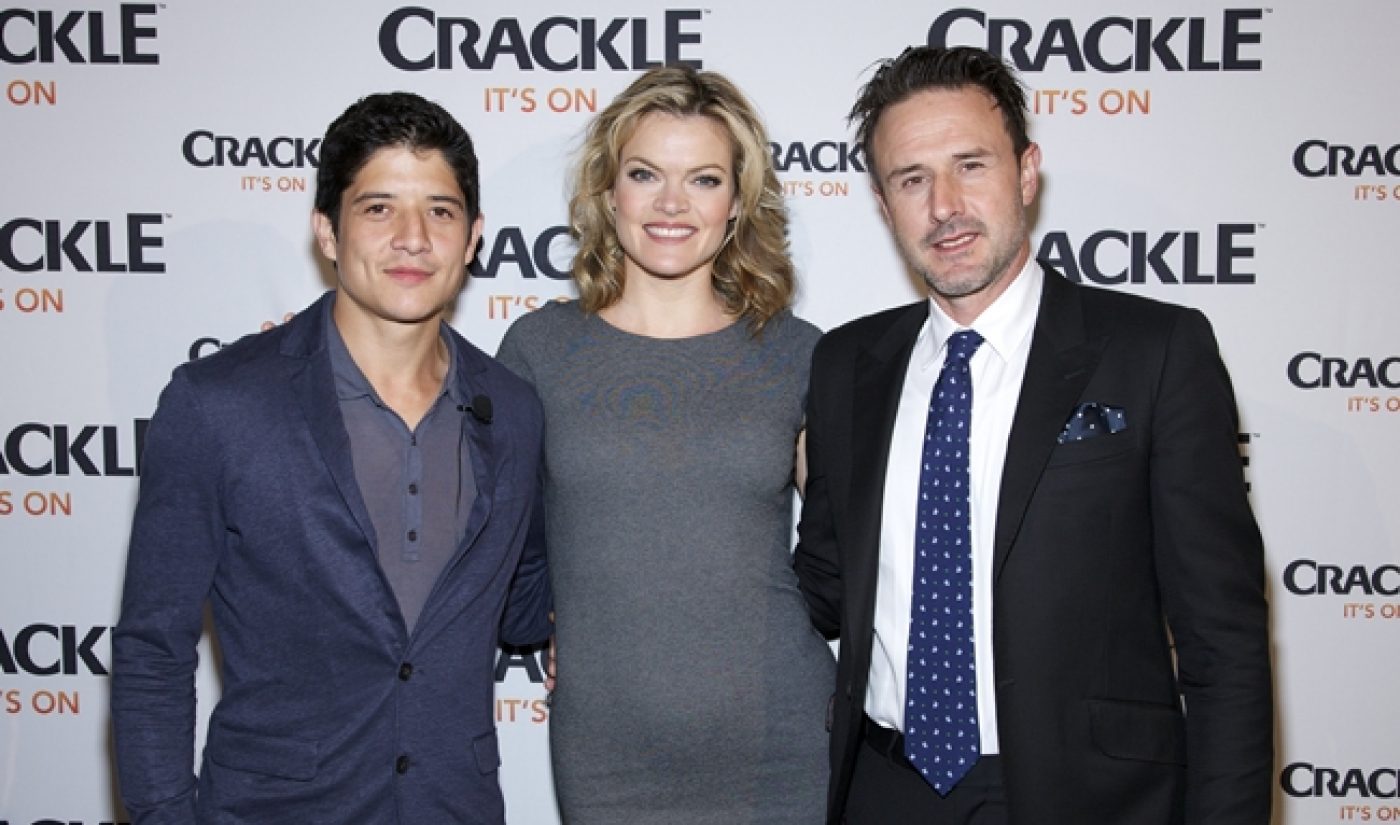 Crackle was one of the last platforms to give its pitch to advertisers at Digital Content Newfronts. Eric Berger, who serves as GM for the Sony Pictures Entertainment property, announced a few new original programs, the renewal of a few more, the arrival of Crackle’s first feature-length film, and the upcoming release of the first direct-to-Internet sequel for a wide release film.

Crackle’s most notable original, Jerry Seinfeld’s Comedians In Cars Getting Coffee, featured prominently in the presentation, with Seinfeld recording an introductory video and Berger revealing the show’s second season trailer, which will feature Sarah Silverman, Chris Rock, and several others. Other returning series include 2010 Streamy Award winner The Bannen Way and Milo Ventimiglia‘s Chosen. Crackle repurposed Chosen‘s initial trailer for season two as a reminder that the series will feature plenty of running, shooting, and jumping.

Also joining Crackle’s lineups are a pair of films: One, Extraction, is an original concept, while the other, Joe Dirt 2, will be the first direct-to-Internet sequel for a major motion picture, with David Spade reprising his role.

Crackle stressed its combination of TV length and web distribution as a way it can get both reach and engagement. This formed the center of its pitch; the cars on display and complementary coffee were an added bonus.

Here, per the official press release, is a full description of everything Crackle announced:

“COMEDIANS IN CARS GETTING COFFEE” – SEASON 2

Back for a second season, the uproarious comedy series created, written and produced by Jerry Seinfeld, will include guests David Letterman, Sarah Silverman, Chris Rock, Don Rickles, and more.

The first major feature made for digital, EXTRACTION follows a US Black Ops team member who finds himself the only survivor of a botched prisoner extraction mission and must not only find a way to fight his way out of a maximum security prison in Russia – but must do so with the prisoner alive – in order to catch a terrorist arms-dealer who is a threat to thousands of lives. Starring Danny Glover (LETHAL WEAPON, THE COLOR PURPLE), Vinnie Jones (SNATCH), Sean Astin (THE LORD OF THE RINGS franchise, RUDY), Joanne Kelly (GOING THE DISTANCE), Falk Hentschel (KNIGHT AND DAY), and Jon Foo (TEKKEN), the feature is written and directed by Tony Giglio (CHAOS, IN ENEMY HANDS), and produced by RANGER 7 FILMS, founded by executive producers Mike Callaghan, Reuben Liber and Justin Bursch.

Two gorgeous young women out on an errand for their boss turn out to be a team of highly trained and lethal contract killers. The job goes bad when they find a sedated 8-yr-old boy in the trunk of their car and quickly find themselves the target of their boss’ client, the FBI  – and even their own boss whose team of assassins is now out to eliminate them to get the valuable boy back. Starring Emmanuelle Chriqui (“Entourage,” YOU DON’T MESS WITH THE ZOHAN), Emily Osment (“Hannah Montana”), Gina Gershon (FACE/OFF), David Arquette (SCREAM, NEVER BEEN KISSED), Missi Pyle (THE ARTIST, BIG FISH), Nathan Keyes (THE KINGS OF SUMMER) and Clifton Collins Jr. (STAR TREK), among others, the series is written and directed by Paul Leyden (THE FACTORY) and produced by Full Clip Productions and Sam Worthington. Currently in production, the feature is set to premiere November 2013with all six half-hour episodes released simultaneously.

A series of spontaneous street performances by superstar artists around the U.S. to raise support for music education in public schools. Filmmakers capture the unannounced, guerrilla style performances—and the amassing crowds—from strategically positioned cameras, hidden from view. The crowd—and the audience at home—get an intimate and unprecedented experience of a world renowned artist stepping off the stage onto the streets. Produced by Tony Berg, Kevin Lake, Robert Downey Jr. and Susan Downey.

A former member of a small time Venice surf gang infiltrates the gang as an LAPD informant when they get caught up with a ruthless international gang that could take all of their lives. Directed and produced by Milo Ventimiglia (“Chosen”), the series is set to premiere in Winter 2013 with all episodes released simultaneously.

The second season to the 2010 Streamy-winning slick, sexy, action-packed series continues the adventures of Neal Bannen, a charming con-man with a police chief for a father, a mob boss for an uncle, and a weakness for beautiful women, who wants to turn his life around and leave the criminal lifestyle forever. Can he resist an opportunity to get back in to his Uncle’s “business”?

The second season of the critically-acclaimed suspense series is currently in development and set to begin production in Summer 2013.

The long-awaited sequel to the cult favorite David Spade comedy JOE DIRT will break new ground as the first made for digital movie that is a sequel to a hit motion picture.  Spade will also star in the sequel, which will pick-up where the film left off, following the comedic misadventures of the mullet-clad, lovable redneck, “Joe Dirt.”  The project will be written and executive produced by Spade and Fred Wolf and directed by Wolf.