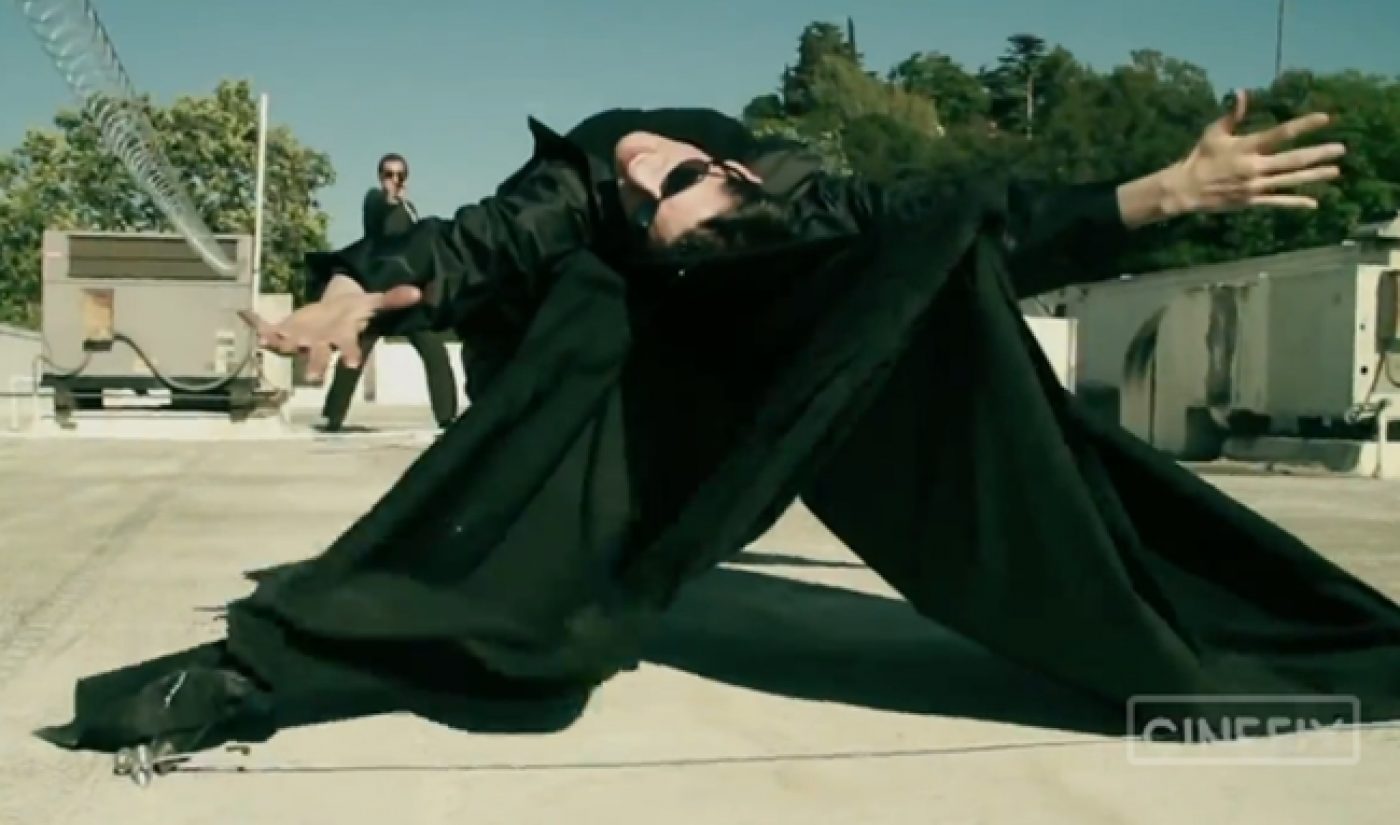 One of YouTube’s Original Channels has expressed its love for a movie scene we’ve all seen dozens of times (usually on TNT on a lazy Saturday morning). CineFix, a film-focused channel from BermanBraun, has released an installment of its Homemade Movies series featuring a lo-tech, shot-for-shot recreation of the bullet dodge scene from The Matrix.

In lieu of flashy CG graphics and an epic orchestral score, Homemade Movies makes do with stop-motion effects, an a capella soundtrack, and inventive, budget-friendly special effects. I’m pretty sure this version’s bullet sound wave is created by two people stretching out a slinky. Standing in for Keanu Reeves and Carrie-Anne Moss are YouTubers Jeremy Jahns and Olga Kay, who do their best to mimic the actions of the famous scene.

In addition to the main video, CineFix has also released a comparison video that matches up the original scene with the remade version. It’s almost eerily similar, though the original Neo has a much more flowing coat. Alas, some CG creations cannot be recreated, and I guess a badass black trenchcoat is one of those things.

Other Homemade Movies include the biker bar fight scene from Terminator 2 and a toy version of final race from The Fast and the Furious. Beyond that series, CineFix also distributes a number of different shows. One of its newest offerings is Wrong Director, an animated series that pairs Hollywood filmmakers with ill-fitting movies. The first episode pairs Woody Allen with Iron Man, devolving the superhero franchise into old Jews telling jokes. Hey, that would’ve probably be better than Iron Man 2.