Alphacat Goes From Waiter To YouTube’s Version Of Barack Obama 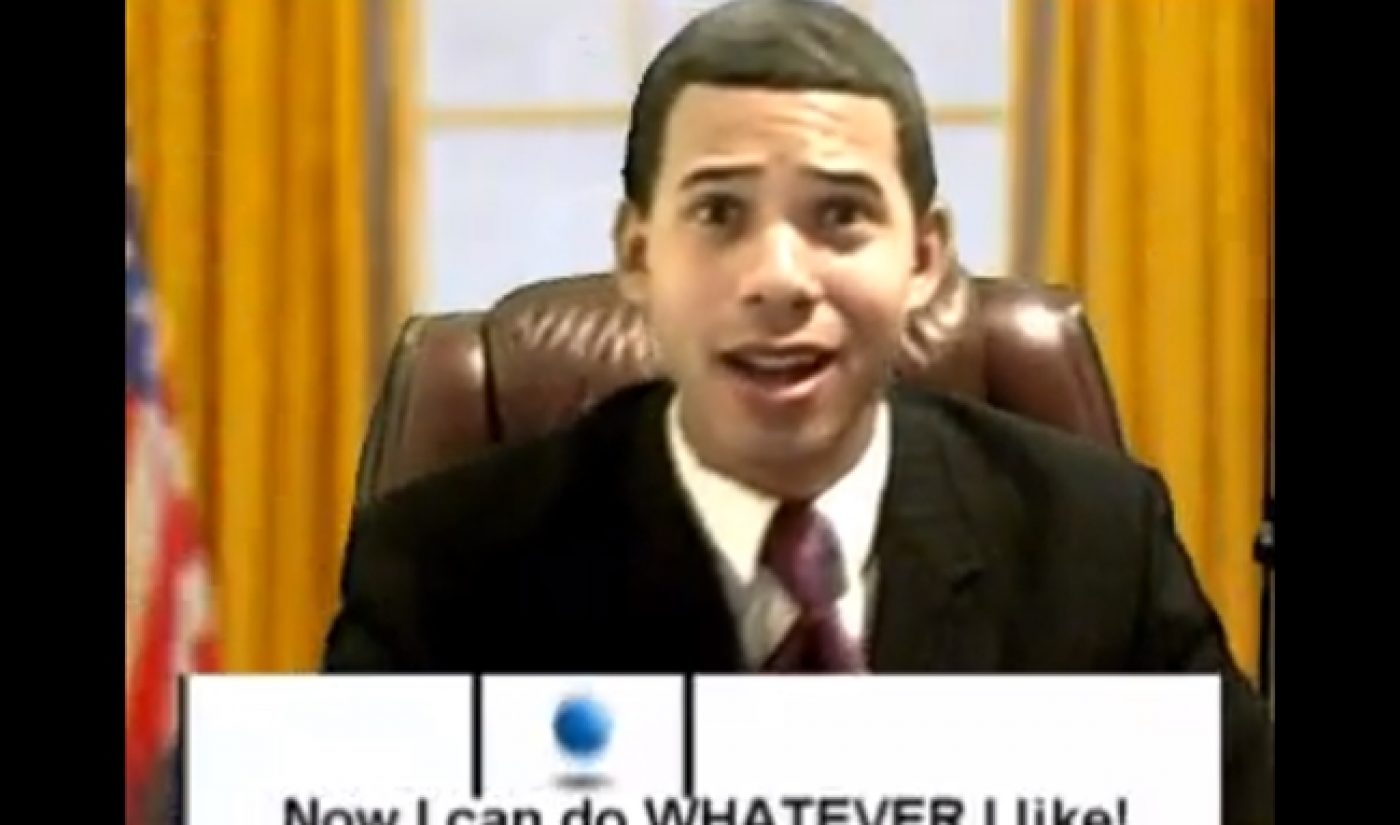 Before he was getting featured on television talk shows, starring in a new movie, and rubbing elbows in Washington, D.C. with the Vice President of the United States, actor-model-singer-hip-hop-dancer-Obama-impressionist Iman Crosson (a.k.a. Alphacat) was this:

So what can we learn from a waiter-slash-Barack Obama impersonator who used YouTube to kick-start his career?

Back in July 2008, Crosson was so stressed out about money that he was almost hit by a truck while crossing the street on his way to work. He was so depressed that just as the truck was about to crush him into a gooey little Salisbury steak he thought, “Well, at least I wouldn’t have to worry about money anymore.” Worse yet, people at the Blue Water Grill (where Crosson worked as a waiter) made fun of him for looking like Obama. Then, BAM! He had an epiphany. He began making Obama impersonation videos and went from underemployed to self-employed in less than a month.

Cash in on online video contests.

Crosson submitted a 30-second video that won Denny’s Restaurants’ nationwide 2008 contest for the best Barack Obama impressionist and afforded him the opportunity to quit his day job, move to sunny, funny, money-California, and sign with a Tinseltown talent agency. Plenty of online video contests (OVCs) can throw you into the spotlight and throw some cash on the table.

Here are time-tested techniques for #winning: First, hip yourself to who the brand is, what the product is, where the video will play, who the intended audience is, and the message the sponsor wants to convey to the audience about the product.  And if you’re too lazy to read the contest brief, we have no idea how you got this far in the blog. Clearly you are using it as a dartboard. Next up, consider the prize amount. The higher the prize, the stiffer the competition. If you’re just starting out, cut your teeth on smaller contests with smaller prizes (under $5,000) and a smaller number of entries. And lastly, be persistent. Just like Seabiscuit had to fail a few times before he won the Santa Anita Handicap, you’re probably not going to win the first online video contest you enter. No worries. Use your failures to figure out the dos and don’ts and improve your craft. As success mogul John Maxwell says, “Fail Forward.” Or as we say, success is a little bit past failure.  Very few OVC winners got there by quitting when they lost.

Crosson (who writes, performs in, shoots, edits, and posts all of his own content) has chosen the most popular guy in the world as his subject. Sure, your clip about the little league fundraiser may be trending in your town, but will they dig it in Denmark, or grok it in Gambia? You can see your impact with Google Trends, which tracks the world’s interest in your fave topics. Case in point, Crosson launched his YouTube channel back in 2005 and steadily built a loyal following by posting a variety of vids. But it wasn’t until 2008 that he achieved his career breakthrough when he began following the trends.

The First Drafts Series is a Tubefilter column that highlights and critiques the first online video work of the world’s greatest online video stars.  It is written by the savvy online video experts Frank and Lynn Chindamo.  Frank teaches webisode production at Chapman University and USC School of Cinematic Arts.  Lynn is an award winning webisode creator who has written and directed series for Babelgum, Planet Green, and Petco. She is the world’s first Internet Stardom Curator, with 500,000+ followers on Myspace, and has written a book on the subject – Internet Stardom: Insider Secrets to Web Fame and Fortune.