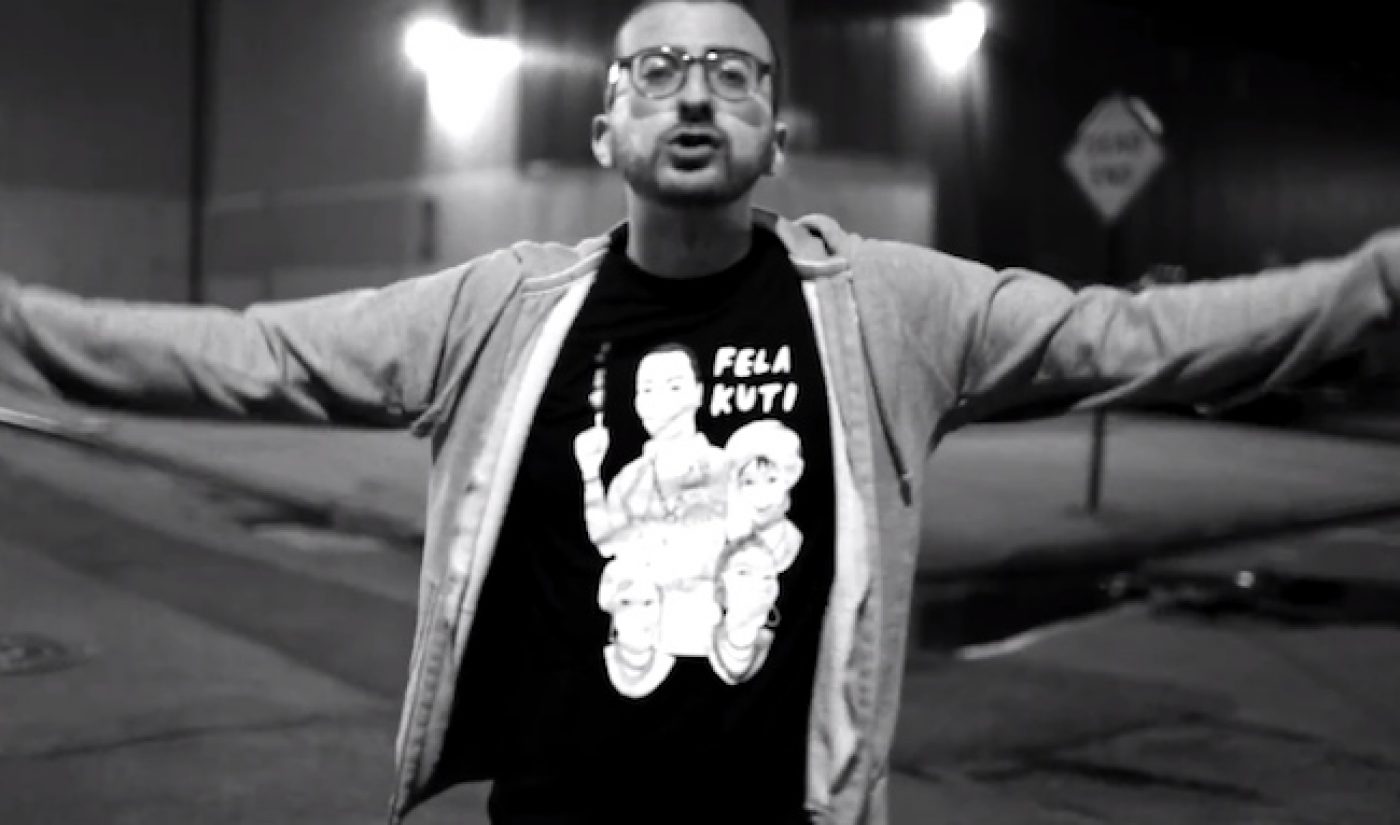 Fresh off the tubes is the powerful new clip from Brooklyn’s own, Soul Khan. Founding member of the much lauded and oft copied Brown Bag All-Stars, Soul Khan got his start in the rap battle scene. With a distinct voice and delivery, he is, as always, lyrically masterful in this new video shot right on the streets of Kings County.

The stripped down video for Iron Galaxy Freestyle is heavy on technique and puts you, the viewer, right up front for a couple of tight verses from a rising star in the world of New York City Hip Hop.

The sporadic lens flares add a distinct noir vibe to the video as Soul Khan marches down the street dropping his lines. The video mixes the feel of a 1950’s detective movie with 90’s era Hip Hop, where rappers would spit right into the camera, making their lyrics unavoidable. All that’s missing here is a sultry femme fatale.

However, if this is your first foray into the world of Soul Khan you might be asking: “Why so serious?” Well fret not, for this emcee isn’t above the random Star Trek reference (if you caught it right at the top of the video you win nerd props from yours truly) or doing a super fun, super bad ass, super hero spoof with his buddy Akie Bermiss.