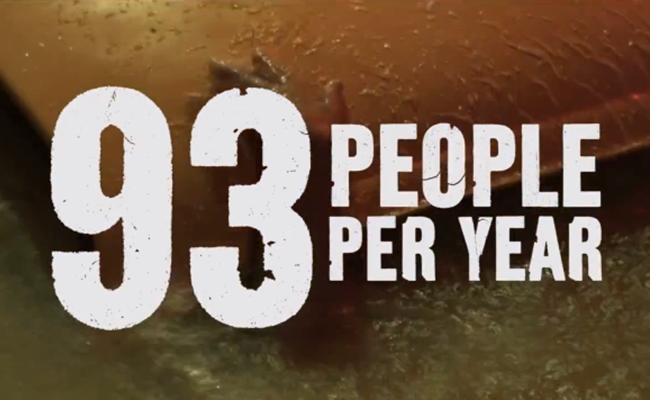 Revision3’s Newest Channel Out To Prove That ‘Nature Hates You’

Before I watched the first video on Revision3‘s new Nature Hates You channel, I was served a pre-roll ad from DirecTV touting the brilliance and splendor of the natural world. This ended up becoming deliciously ironic, because Nature Hates You, as its title would imply, feels exactly the opposite. Nature Hates You is not a fan of water and wind and trees and animals and all those other things David Attenborough explains to us. In fact, it flat out despises them.

Nature Hates You is a product of Revision3’s relationship with Discovery Communications. It leverages the TV channel’s collection of clips and dubs them over not with a calming, deep-voiced narrator but with a jaded, vitriolic one. Of course, that doesn’t mean it’s not educational. You’ll learn lots of facts about the natural world in each short video, but don’t expect Nature Hates You to hold your hand while it educates you.

The first installment spits hateful quips at rain, which you probably thought was a beautiful and important part of the water cycle. No, says narrator Anthony Carboni (best known for his work with Rev3Games). Rain is a jerk.

Nature Hates You followed up that debut with an equally nasty attack on trees; expect it to continue until it has hated on every natural phenomenon ever featured on the Discovery Channel. Each video encourages viewers to send in their own negative experiences with nature. Personally, I want an entire episode just about wind. I don’t care how much clean energy it produces. Wind is annoying.