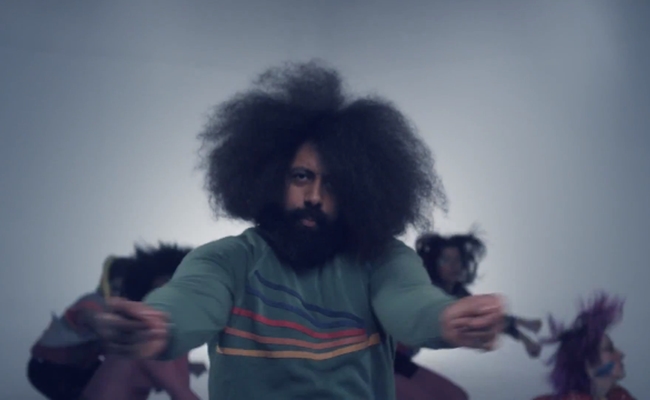 Since launching its introductory video almost a month ago, the JASH channel–created by comedy vets Sarah Silverman, Michael Cera, Reggie Watts, and Tim & Eric–has been oddly quiet. There has been sparse activity on each comedian’s individual JASH sub-channel, but the main feed has remained free of new content…until now.

It is Watts who has provided JASH with its next offering, a crass music video named “If You’re Fucking, You’re Fucking.” The song lives up to its tautological title, as Watts informs viewers what conditions must be met before one is having sex. The answer, which has long eluded scientists, turns out to be “fucking.”

The colorful clothes and ridiculous-looking grinding of the dancers in Watts’ video recalls Major Lazer’s ‘Pon de Floor’, a video directed by his channel companion Eric Wareheim. In general, I wonder if Watts’ song is a taste of what will be JASH’s comedic style. Given its contributors, expect more random-but-funky videos in the future.

Watts has also launched a web series on his own JASH sub-channel, which is the first serial endeavor associated with the YouTube Original Channel. It’s called One Take, and it has the improvisational musician creating a song from scratch based on suggestions from user comments. As the debut episode’s top commenter notes, “YouTube just got better.”

Series from JASH’s other leading men and women will soon be added to the channel, with trailers released for Cera’s, Silverman’s, and Tim & Eric’s respective contributions. Consider Watts’ very chill and very profane ditty as a sign of what’s to come.