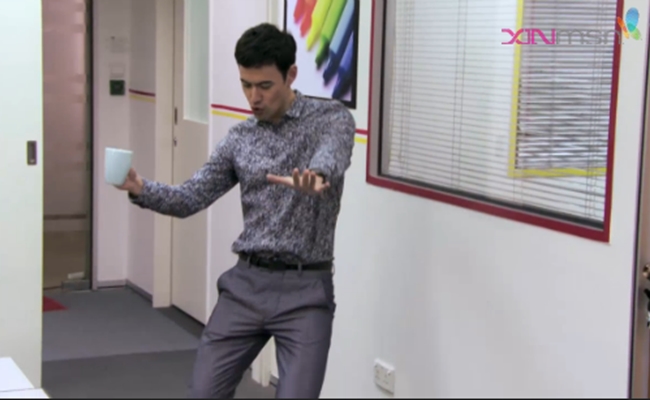 Indie Spotlight: ‘Get Social’ Is ‘The Office’ For The Digital Age

The Office is getting outsourced. Get Social, a new web series from Singapore, lifts the dry sensibility and buttoned-down setting from the popular workplace comedy and transplants them to a Singaporean startup specializing in new media marketing.

Get Social stars George Young as Leonard Lee, the David Brent/Michael Scott figure at ROFL, a social media marketing company. Like his British and American counterparts, Leonard is crass, rude, self-absorbed, and completely ignorant when it comes to running a business. Still, he is the boss, and his two co-workers must put up with his vain behavior.

The series is split into 20 five minute installments, which can be accessed through the Singapore-based xinmsn platform. There’s no embed available, but you can view the episodes here.

What makes Get Social more than just an Office clone is its smartly constructed 21st century setting. The main company in the series is an apt parody of the thousands of startups that exploit buzzwords like “viral”, a concept Leonard knows nothing about despite basing his company around it. ROFL’s name is constructed through a cockamamie contraction of its three employees’ names, with company second-in-command Sam noting that “we still need an F, though. Does your name start with F?” It’s a pinpoint satire of companies that attempt to substitute a flashy name for actual substance.

Get Social is more than just an international extrapolation of a national mainstay. It’s a clever send-up, one that is particularly notable for Office fans, who should see it as a worthy companion.