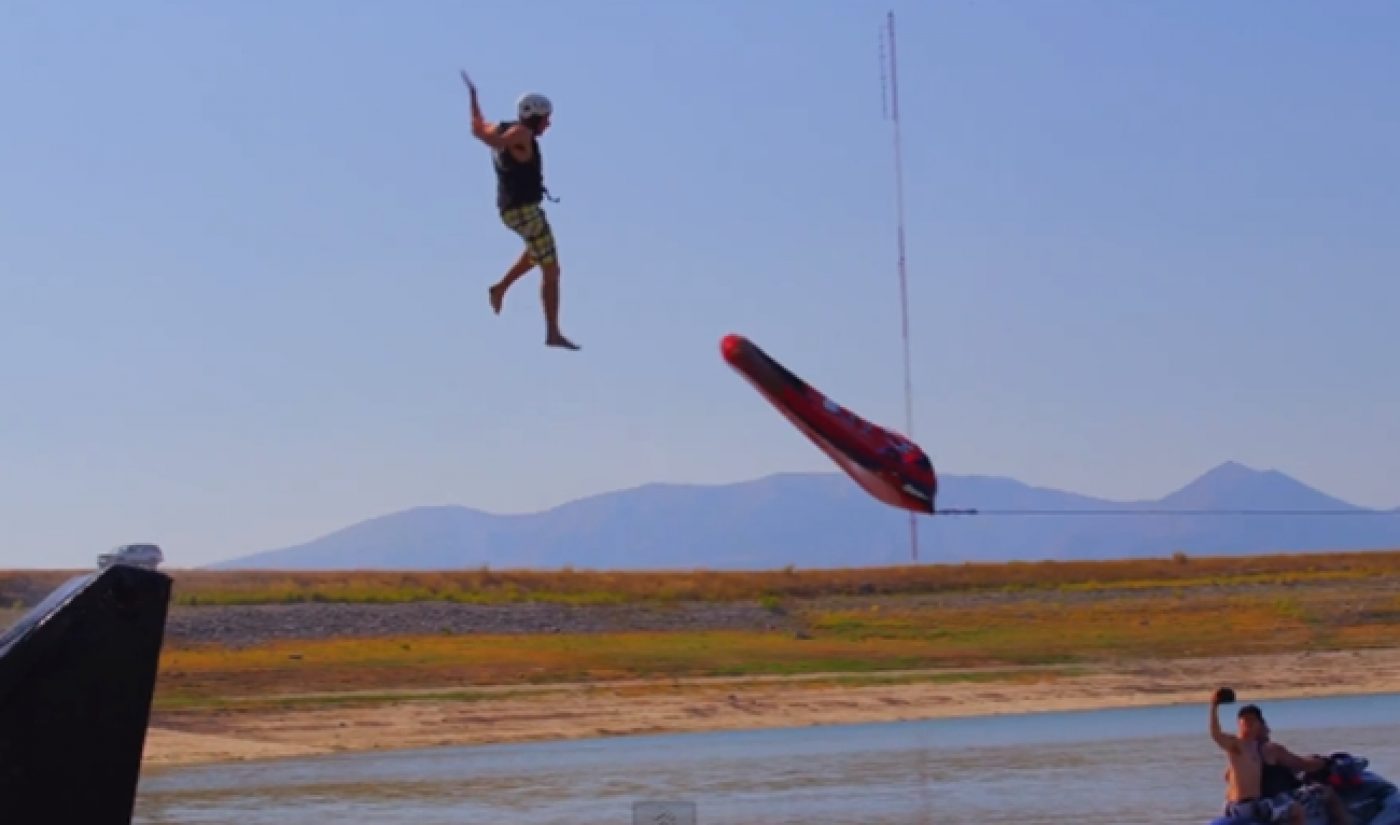 Devin Super Tramp (AKA Devin Graham) gave us a thrill a few weeks back when he launched himself off a cliff and hurtled through the air on the world’s biggest rope swing. That video, combined with Graham’s other stunt and VFX-based offerings, have pushed him over the one million subscriber mark. We talked to the high-flying creator about his accomplishment and his upcoming extreme sports series, which he is creating with the help of Fullscreen.

Tubefilter: What do you have to say to your million subscribers?

Devin Super Tramp: A couple years ago I would have never thought it would be possible. I remember going to Vidcon during its first year and listening to all the other YouTubers speak, people like MysteryGuitarMan, Shay Carl. I didn’t even have a YouTube channel then, and I remember thinking that it wasn’t even possible. So what do I have to say? I’m so grateful for all the support and people who have believed in me. It has made all the non-stop work worth it.

TF: How did you celebrate the milestone?

DST: Sadly…I had a video to release that day, and I had pulled an all-nighter the day before working on it, so I was up for around 48-hours straight working, trying to get it out because I had committed a video to everyone. So the way I celebrated was going to bed, haha.

TF: In the week after you released the giant rope swing video, your channel gained more than 95k new subscribers. How does it feel when you see one of your videos going viral?

DST: I love it. I’ve been lucky to have had four videos that have done the same thing – the first human slingshot, AC vid, the first rope swing video, and now this. The problem when that happens though is it almost becomes an addiction. Once I have a video “go viral”, I have to experience it again, so right away I start thinking of ways I could top the last video. So it’s a never-ending cycle that repeats itself.

TF: How did the idea for the human slingshot come about? Where does it rank when compared to other crazy stunts you guys have done?

DST: My friend’s clothing company Vooray came up with the original idea. As far as where it ranks with crazy stunts…I’ve had more people knock out unconscious on those videos than any other. The first one we did, we had three people get knocked out from the impact of the water, and in the most recent one, we had one person get knocked out. So it’s definitely up there on the top five for crazy stunts.

TF: When you set out to shoot a video, are you thinking more about having as much fun as possible or about creating the most enjoyable product for your fans?

DST: It’s a mixture of both. I’ve been doing this long enough now to know what people will like and what they won’t like. You MUST always create an awesome experience on the spot no matter what though, because that can’t be fixed or faked in the editing room. It has to be a real, positive experience otherwise people will see through it.

TF: Tell us about the new series with Fullscreen. What sort of content can we expect from that show?

DST: I’m super stoked to work with Fullscreen on this new series. I have their full support to push the boundaries and create anything I can imagine, so it’s the perfect setup for a collaboration to make big things happen.

TF: What is it like working with a large network such as Fullscreen?

DST: It’s great. Making movies on YouTube, or in Hollywood for that matter, is all about networking, and Fullscreen definitely has set up a network where collaborations can exist. And they’re all awesome, genuine people who are passionate about what they do, which is the best combination to have.

TF: Any other plans on the horizon?

DST: Yes, big things to come! I’ll soon be announcing a huge US road tour that I’ll be doing with a really big sponsor, and it will give everyone the chance in the communities we visit to be a part of my YouTube videos. I’m super excited to see where it leads and what we can get done.