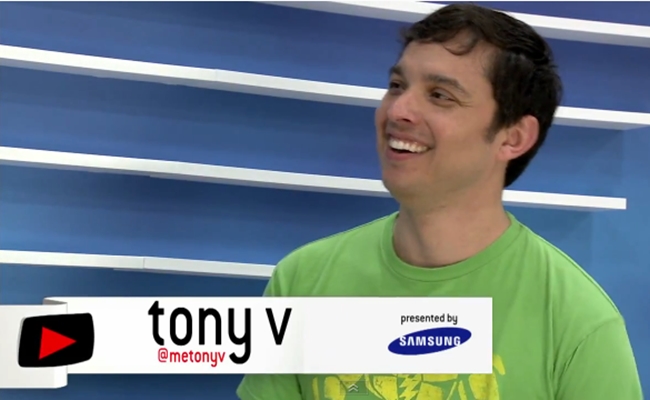 The Black Box TV YouTube Original Channel has seen an impressive growth since joining Google’s slate of funded channels; it now has more than 365,000 subscribers. Still the horror channel hasn’t let popularity go to its head. It continues to produce top-notch content, which is probably why one of the channel’s writers, Tony Valenzuela, won the Streamy Award for Best Writing in a Drama.

But Valenzuela has his sights set on bigger, scarier, more thrilling heights. In an interview with Shira Lazar on What’s Trending, he revealed that Black Box TV will release a feature film-length production sometime in 2013. He also discussed why he loves the Internet, so check out the entire nine minute interview if you enjoy watch excitable filmmakers discuss the craft they love.

Valenzuela was purposefully vague about the project, and I’m pretty sure he used the word “maybe” over 9,000 times during his discussion of the feature. Still, he did hint that it would be related to what fans have requested the most, before reminding us that this clue is little help, since fans request just about everything. Thanks, Tony V.

If fans’ request habits are linked to Black Box TV’s most watched videos, then fans of YouTube celebrities will be happy. Most of the channel’s feature YouTubers such as Shane Dawson, iJustine, and Phil DeFranco. Will they be in the movie? Eh, who knows. But given Tony V’s track record, it should be plenty gripping.