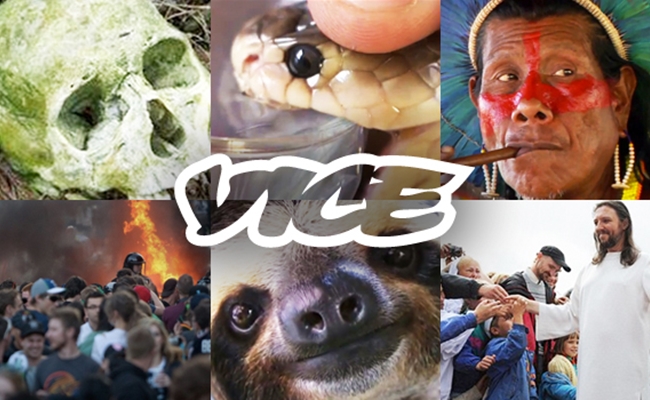 Welcome to YouTube Millions, where we will profile channels that have recently crossed the one million subscriber mark. There are channels crossing this threshold every week, and each has a story to tell about YouTube success.

Only 19 after it posted its first video, the VICE channel has joined an exclusive YouTube club. The official YouTube feed of the groundbreaking media company has notched its 1,000,000th subscriber.

We spoke to VICE’s Director of Platform, Sterling Proffer, about the achievement. “It’s a vindication of the intelligence and attention span of young people worldwide, so it feels great,” he said. “And our creative and production teams at VICE are second to none.”

To celebrate the milestone, VICE has released a video tour of its offices, where we get to watch a bunch of hip-looking young people create video features of various world affairs. “We love you,” said Proffer to his fans. “Together we are proving that video on the web doesn’t have to be shit, which in and of itself is a revolution. The promise of the Internet is that it’s a fundamentally better medium than television, and we intend to deliver on that promise for our fans.”

VICE’s achievement is a notable one because it is one of the few channels with educational and newsy content to reach seven digits. “The storytelling reflects of our experiences on the ground,” explained Proffer. “We find a compelling story, we show up, and we explore by immersing ourselves in the environment. The finished product is a reflection of our desire to take the viewer on that journey with us.”

We’ve covered many of these journeys on Tubefilter before, from Eddie Huang’s exploration of Asian-American culture to Robert King’s grim look at the war in Syria to the more recent forays into the world of cute internet cats. Clicking around on VICE’s channel opens up a world of options, some more whimsical than others. “Our mission is to find the stories we’re interested in, explore them, and share them with our audience,” noted Proffer. “We can meet warlords of Liberia, hang out at Fashion Week in Islamabad, visit Baby Sloths in Costa Rica, or make a movie about a famous cat named Lil Bub.”

Proffer was quiet about what’s coming up next for VICE’s YouTube channel. “You’ll see some of the best work VICE has ever done on our HBO show, which premieres April 5th,” he said. “And we have big plans for YouTube in 2013 – all I can say is subscribe and stay tuned.” He did, however, note one specific YouTube goal for the upcoming year: “More digits.”