VICE Prepping For Documentary With Plenty Of Cat Videos 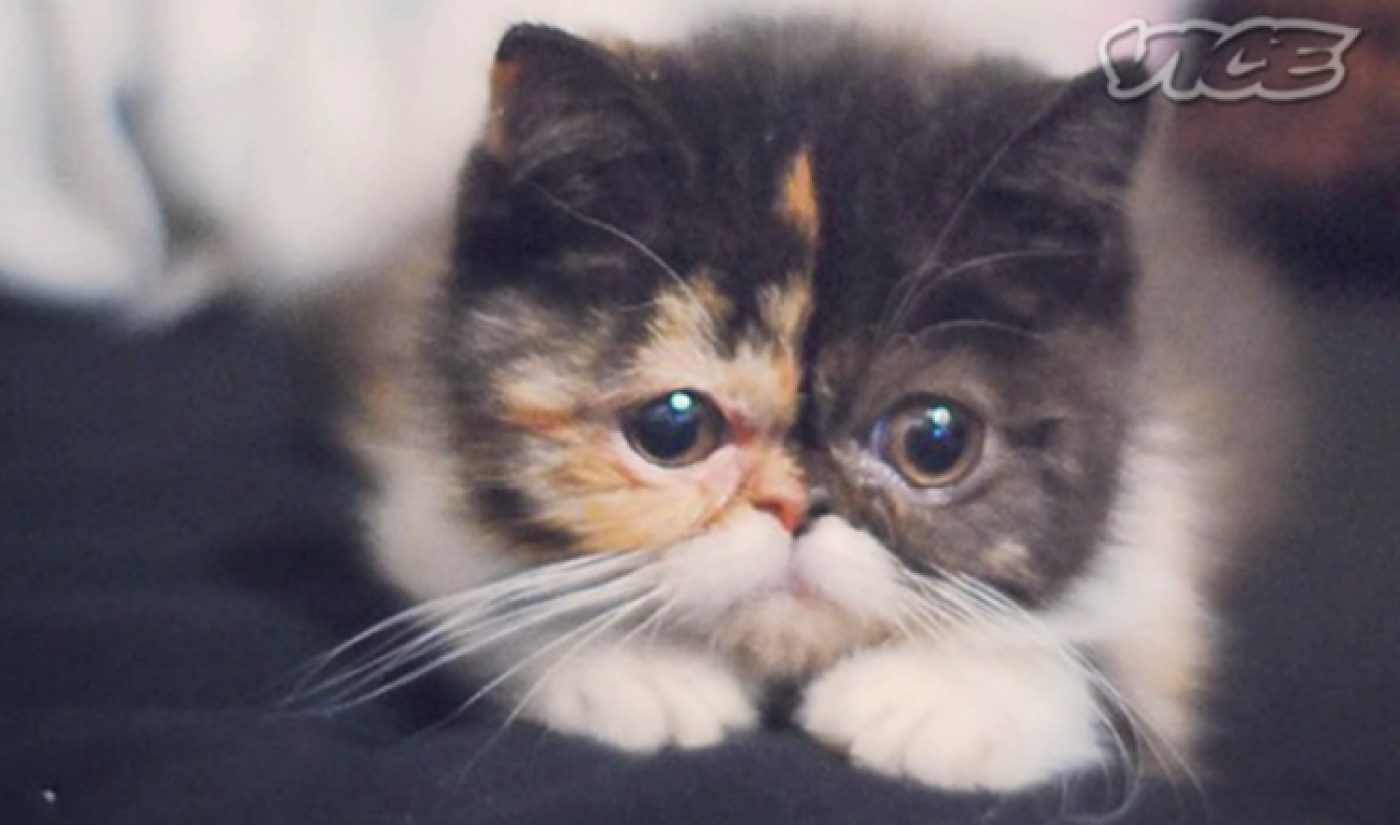 What do you get when you cross one of the best non-fiction outlets on YouTube with the Internet’s most beloved animal species? VICE‘s Lil Bub & Friendz will soon provide the answer. The upcoming feature will focus on celebrity cat Lil Bub and her feline pals at the Internet Cat Video Film Festival. To prepare for its release, VICE has released a series of features about the Internet’s cat culture.

The first of three features centers on Brad O’Farrell, who turned the “Keyboard Cat” video from a silly home video into an Internet phenomenon. While it’s a fascinating look at the real life’s of some of the Internet’s classic personalities (Scumbag Steve also makes an appearance), it’s hard to not get constantly distracted by the Keyboard Cat loop that runs on a loop for the entire feature.

The second feature is hot out of the oven, and it goes inside the kitty-focused Center for Feline Studies, where get to watch some feline-influenced “cat yoga”. Turns out cats played a notable role in the development Far East-flavored exercise.

The features and the overall whimsical tone of the footage we’ve seen from Lil Bub & Friendz suggest a whimsical tone, a style which several recent VICE programs have adopted, supplanting some of the more serious features of the past. The cat doc will not quite fit into VICE’s YouTube description, which states the magazine’s mission for “exploring uncomfortable truths and going places we don’t belong.” Still, I’m sure it will be plenty popular, because KITTEHS.