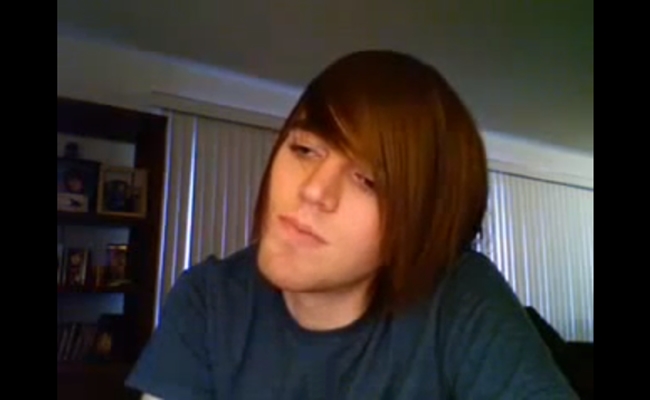 How Shane Dawson Used YouTube To Jumpstart His Acting Career

While the average income actors earn is less than $5,000 a year — which is plenty if you live in Guatemala but not so much in America — fourteenth most-subscribed YouTuber Shane Dawson pulls down a reported six figures. Not so long ago, Shane Lee Yaw (a.k.a. ShaneDawsonTV) wasn’t booking any acting jobs, so he started posting videos on YouTube. Although he was subsequently fired from his day job at Jenny Craig Diet Centres for uploading a video of himself pole dancing at work, he has since won a Streamy Award and a Teen Choice Award and has over 3.2 million subscribers, 750,000,000+ channel views, an iTunes Pop Chart topper, and a television show and feature film on the horizon. Eat your heart out, Jenny Craig.

So how does the son of an alcoholic father who was bullied in high school for being overweight become a teen heartthrob YouTube sensation?

Have mad talent (or cast a talented actor).

Even in his very first vid, Shane Dawson oozes talent. In show biz, actors are usually called “the talent” (unless they suck). Talent agents work at “talent agencies”, which implies that talent can be bought and sold.  Wikipedia says that talent is an “aptitude” or “natural ability”. The key word here? Natural.

Sometimes a talented person is even referred to as “a natural”. Skill, on the other hand, is learned by doing something over and over and getting better and better at it. How will you know a talented actor when you see one? Here’s a clue: When you hear great music, you know it instinctively because it makes you want to move your body. Same goes for auditioning actors. If they have skill, your mind says, “Hmmm, yes, that was good.” But if they have talent, your gut says, “OMG, that was off the hook!”

Actors, ACT OUT, on your own behalf.

Once upon a time, actors waiting for their big break had to load up U-Hauls and drive out to Hollywood like they were Beverly Hillbillies. Not anymore. Now, aspiring stars needn’t go any farther than their home computers to reach Tinseltown with their talents. “But wait,” you say! “I am way too good for webisodes! I should be performing in feature films, and sitcoms, and royal command performances for the Duke and Duchess of York!” No worries.

We are not suggesting that you stop doing things the old school way (schlepping from audition to audition while spending your wages on headshots, resumes, and body hair removal). What we are suggesting is that you get a New Media strategy to maximize your chances of getting discovered. FYI, when you achieve Shane Dawson success, Hollywood will pack up its U-Haul and come to YOU

If at first you don’t succeed, upload another video.

To paraphrase vidiSEO founder Matt Ballek, ‘Shane didn’t get to the top of YouTube’s most subscribed-to List because he promoted the hell out of one video. No. He created an army of videos that consistently get views week after week. Shane creates a schedule and sticks to it, consistently creating and uploading a new video every Saturday.’