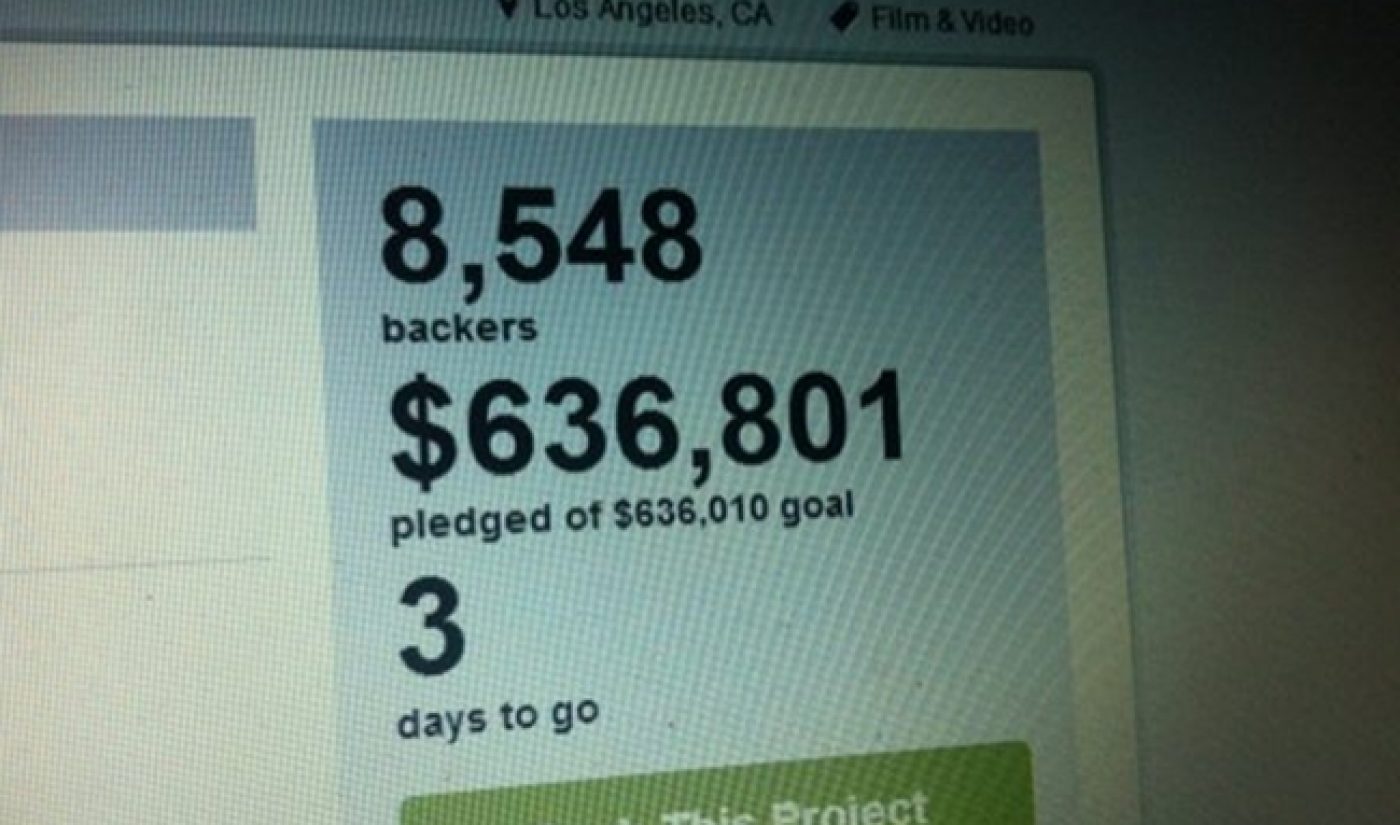 The first season of Freddie Wong‘s Video Game High School was one of the most popular film/video projects in Kickstarter history, raising almost $275,000 despite a goal of just $75,000. Still, a well-circulated blog post from Wong himself explained how that number was not enough; the web series ended up costing over $600,000 when the entire budget was added up. Thanks to the response to his VGHS season 2 Kickstarter campaign, Wong will have no such worries this time around. The funding drive has reached its goal of $636,010, smashing Kickstarter records in the process.

The $636,010 goal equals the budget of the first season, which means that season 2 of VGHS will at least have all the hi-tech trappings of its predecessor. When you add in the series’ branded deal with the 2013 Dodge Dart, Wong’s pile of money gets even higher, which should allow him to up the ante and create his most professional, impressive work yet. He’s not wasting any time, as he has posted a video from the set of VGHS, where production has already begun.

Despite reaching its lofty goal, the Kickstarter campaign is not over; it will not close until February 11th at 11:59 PM, so fans still have three more days to add to the gargantuan total. The $640,000 already raised by VGHS is enough to smash the record for most funding for a film/video project; the previous record holder, Blur Studio’s The Goon movie, raised ‘only’ $441,900, with the first season of VGHS now bumped to 10th place. On the whole website, only one non-Design, Tech, or Gaming project has ever raised more money. Not bad for a guy who only turned 27 last September.