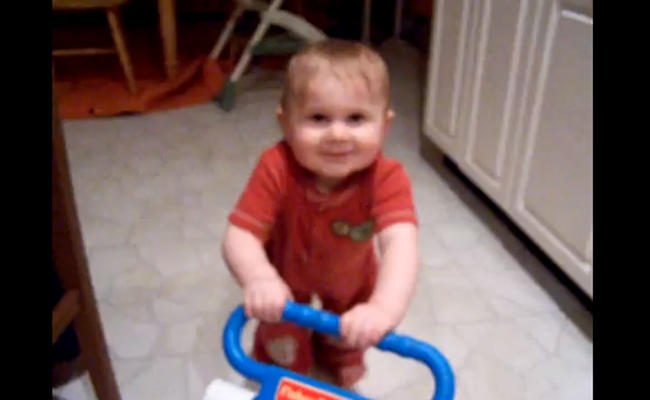 In 2007, Stephanie Lenz posted a video of one of her children dancing to a Prince song. Almost six years later, you would expect “‘Let’s Go Crazy’ #1” to be lost forever in the sea of cute children on YouTube. However, instead of fading into obscurity, Lenz’s video is the focal point of one of the most important legal cases in YouTube history, one that could redefine the way licensed songs are used on YouTube.

After Prince himself complained about the use of the song (and served as a total party pooper), Universal Music Group forced Lenz to remove the video. However, Lenz fired back with a lawsuit, and after five years of failed negotiations, the legal battle is finally set to enter court, where a judge and jury will have to decide what fair use actually entails.

The timing of the trial is good for Lenz; after all, UMG has faced recent criticism for its recent view count snafu, which originally seemed very hypocritical when juxtaposed against its draconian copyright policy. However, the true reason for the view count issue seems to be a simple decrease in view counts brought on by transfers to VEVO. Also, Lenz’s argument is ridiculous in itself; after all, is an innocent video really worth a six year legal battle?

Still, beyond its unnecessary nature, Lenz’s suit is another example of the ongoing battle between the amateur creators who made YouTube popular and the larger corporations that now control it. The terms of fair use allow for unapproved use of copyrighted material for “commentary” purposes, and if Lenz and UMG fail to reach an agreement, we’ll learn how far that clause can go.

If Lenz emerges victorious, you may never have to sit through another auto-muted video ever again or go into a fit of rage when your favorite video is removed for “terms of service violation.” It’s as if the whole fate of the online video world is riding on the shoulders of a dancing baby. For YouTube, nothing could be more fitting.