What Freddie Wong Was Like Before The VFX Got Special 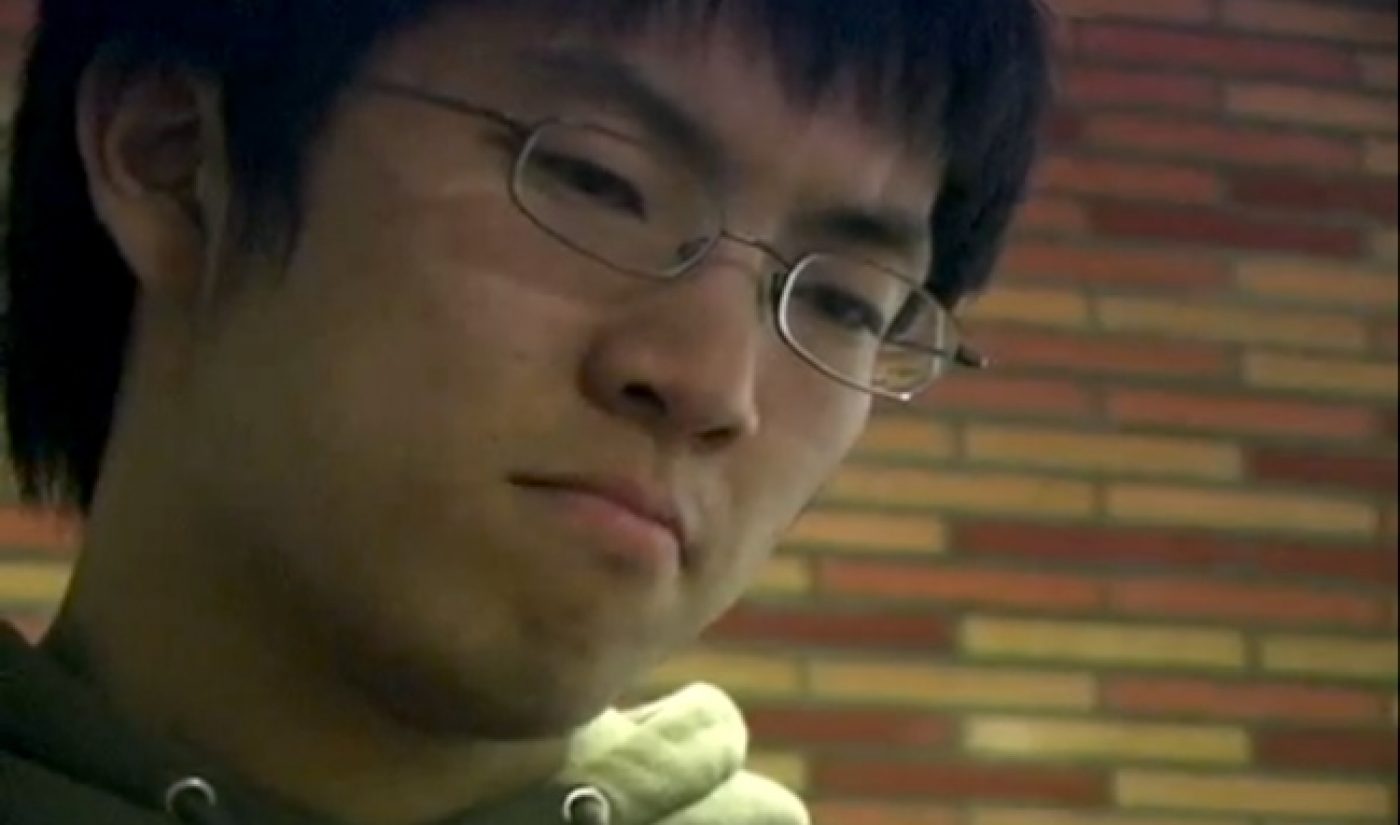 Special effects wiz Freddie Wong and amateur pyrotechnician Brandon Laatsch (a.k.a. the YouTube channel known as Freddiew) have the kind of day jobs most geeks would slice off a digit for: they get to regularly do things like work with mondo-Hollywood director Jon Favreau, appear on Jimmy Kimmel, and shoot with stunt – wait for it – cats!  Not too shabby for a couple of guys who didn’t come from Spielberg stock.

But the collaborators were not always the picture of Internet stardom:

So, what can we learn from this geek-tastic clip from way back in 2006 (aside from, “Don’t bring handguns to guys poker night”)?

Unless you’re making a webcam video blog, try to get your hands on two cameras to capture the action from different angles. Multiple perspectives makes it interesting and gives your editor more to work with (this will help keep the editor from wanting to choke you like a hand puppet). Of course, you can always get multiple perspectives using only one camera, but it takes more time and it’s harder to cut together.

As a rule, YouTube tends to frown upon background music in videos that’s recognizable (like Aces’ Ennio Morricone tune). Next to creating crappy content with no user engagement and no subs, placing copyrighted materials in vids is the single biggest reason people don’t make it to be a YouTube partner. At best, YouTube won’t serve ads on your content. At worst, YouTube will receive a formal DMCA takedown notice from the copyright owner, after which time YouTube will remove your video and put a strike against your channel. If you accrue 3 strikes, YouTube will terminate you (axe all of your accounts, remove all of your vids, and dump you as an account holder). Plus, you might even get sued for up to 150K for each tune by the folks who composed, performed and recorded it!

One of the most viewed videos on our channel is me playing Guitar Hero, which features a copyrighted music track as well as game footage. You’ll also note that it’s one of the few videos we have that’s ad free, and I believe it’s one of biggest reasons that it took us so long to become partner.  In fact, we were denied twice before we finally got through. Its existence was something that we had to fight against, and was significantly detrimental in our path to partnership.

Check it out! Action/Gaming Culture shorts are popular because the core audience (geeks, gamers and code monkeys) happens to be computer-savvy and they’re more loyal than Labrador Retrievers. The genre is open to all concepts. From the manipulated game footage of Red Vs. Blue to super-cheap animation like Freddiew’s First Person Mario to talk show formats to coverage of games and gaming conventions, you can really score some hits with nerdy entertainment.

Dig it, peeps. Nominate YOUR fave Internet stars in the comments below and keep your eyes peeled in 2013 for the blog!

First Drafts Series is a Tubefilter column that highlights and critiques the first online video work of the world’s greatest online video stars. It is written by the savvy online video experts Frank and Lynn Chindamo. Frank teaches webisode production at USC and Chapman University. His students have included Streamy Award-winner Bernie Su and half-a-billion-hitter Freddie Wong. Lynn is an award winning webisode creator who has written and directed series for Babelgum, Planet Green, and Petco. She is the world’s first Internet Stardom Curator, with 500,000+ followers on Myspace, and has written a book on the subject – Internet Stardom: Insider Secrets to Web Fame and Fortune.