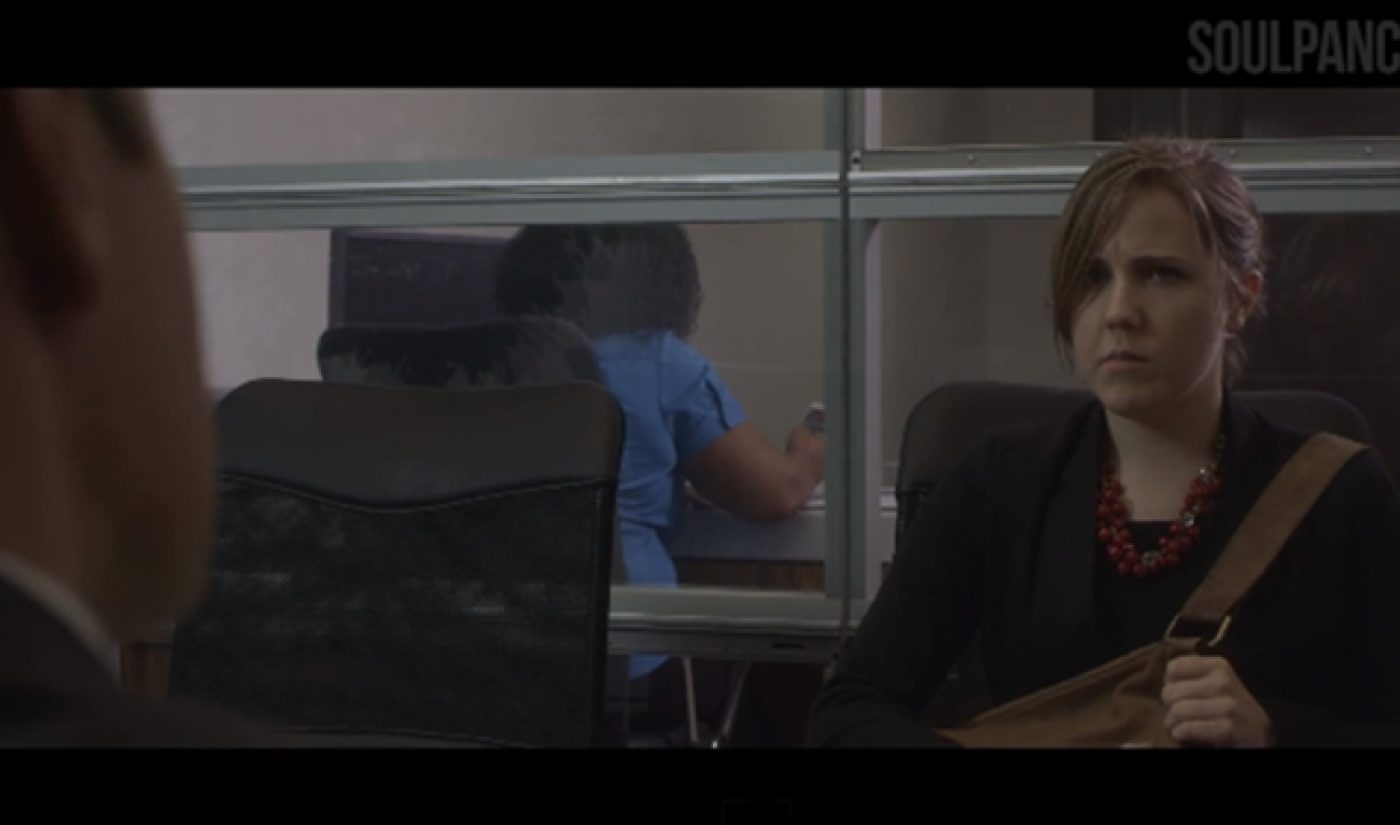 Rainn Wilson‘s Soul Pancake channel recent made our radar by offering a serious look into the lives of homeless people around the country. Despite that project, Soul Pancake’s focus continues to center on  thought-provoking, unusual, and interesting dramedy pieces.

One of the channel’s main series is The Flipside, which purports to be a “narrative series where characters struggle with life’s questions in both a comical and heartfelt way.” Each episode unfurls a unique scenario full of oddball twists and turns, leading up to a final question which reflects on the scene. In the most recent installment of The Flipside, ‘Horrible Job Interview’, My Drunk Kitchen star Hannah Hart and The Big Bang Theory‘s John Ross Bowie explore the question, “who do you treat differently?”

Hart and Bowie (who is currently working on a web series pilot for Amazon with fellow Big Bang Theory cast member Kevin Sussman) aren’t the first notables to appear on The Flipside. The series’ debut has drawn almost 350,000 views thanks to the involvement of generally-dapper-dude Chester See.

Given the generally unrefined nature of My Drunk Kitchen, it’s fun to see Hart applying subtlety and dramatic shading to her usually rambunctious personality. The greatest strength of ‘Horrible Job Interview’ is its straight-faced tone layered on top of an understanding that these are, at their cores, funny people.

Hart is always bouncing around among various channels we enjoy, each time in a unique role. Despite the particular focus of her show, she is developing into a YouTube jack-of-all-trades of the highest order.