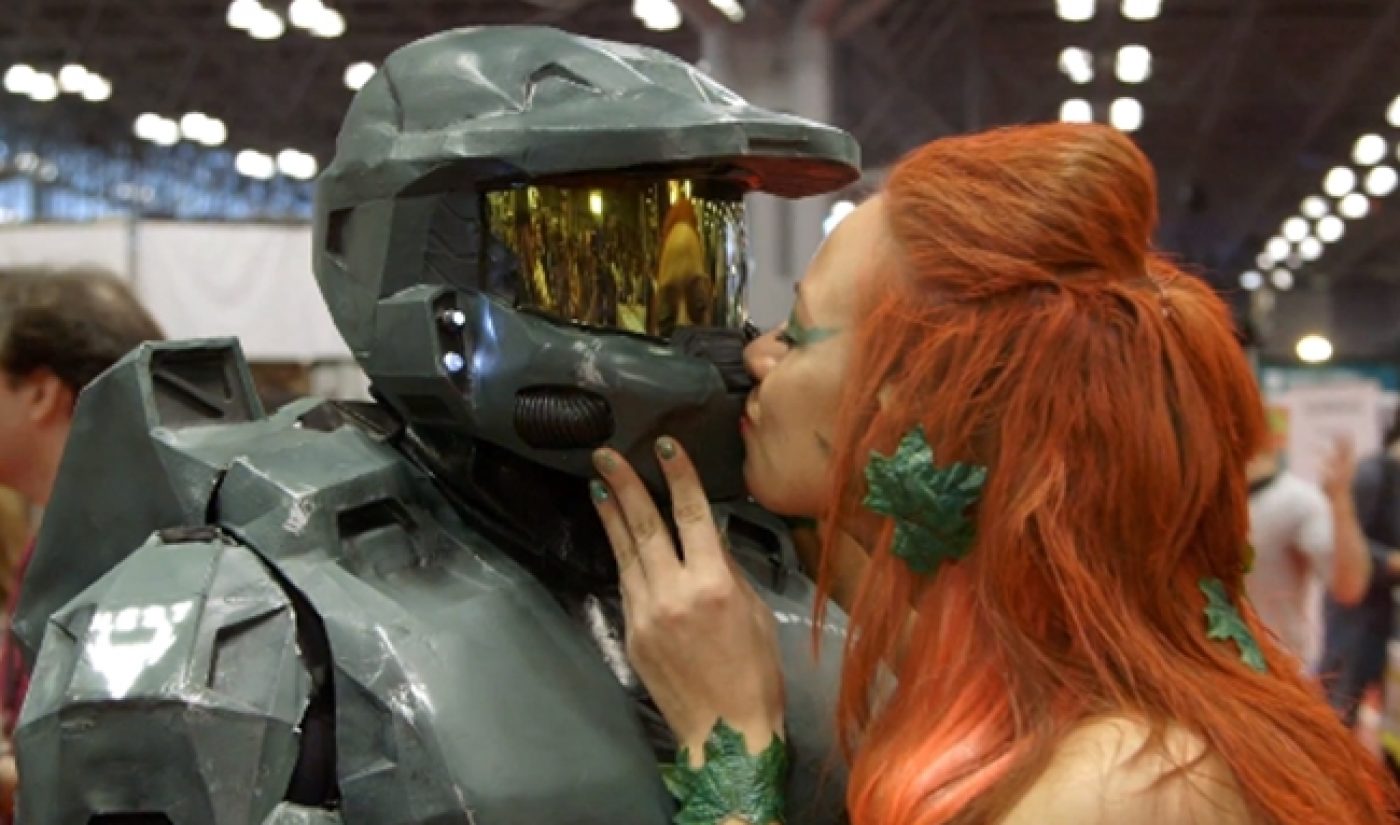 What happens when two socially awkward, bizarre, and generally nerdy people of opposite sexes sit across the room from one another? That is the question at the heart of Geek Love, an upcoming IGN web series that will explore the speed dating scene at New York Comic-Con.

Geek Love continues a growing trend I am henceforth dubbing ‘nerdsploitation’, where a show’s appeal comes from the cringe-worthy entertainment provided by nerds who don’t have the social graces required for a ‘typical’ conversation. We’ve seen nerdsploitation in shows such as Matt’s Game Chamber and Geeking Out With Kerri Doherty, and I don’t see it going away any time soon. While Geek Love fits squarely into this genre, it seems to be, at its heart, a celebration of nerdy people and a reminder that everyone has a soulmate out there somewhere.

The show is produced by Authentic Entertainment, who previously created the TLC smash hit Here Comes Honey Boo-Boo. For whatever reason, I feel as if the personalities on Geek Love will be a little less self-assured than America’s favorite seven year-old beauty queen.

Geek Love will debut on START, IGN’s entry to the YouTube Original Channels Initiative. START is to IGN as Machinima Prime is to Machinima; that is, it features original, tangentially-gaming-related content distributed by a large umbrella company. Thus far, it has been a modest success, gaining over 216,000 subscribers and serving as a platform for several worthwhile web series. Is it on the level of Machinima Prime? Not yet. But Geek Love figures to be another popular series and another show with which IGN can keep up with the Joneses.