Revisiting Epic Meal Time Before They Had YouTube Money 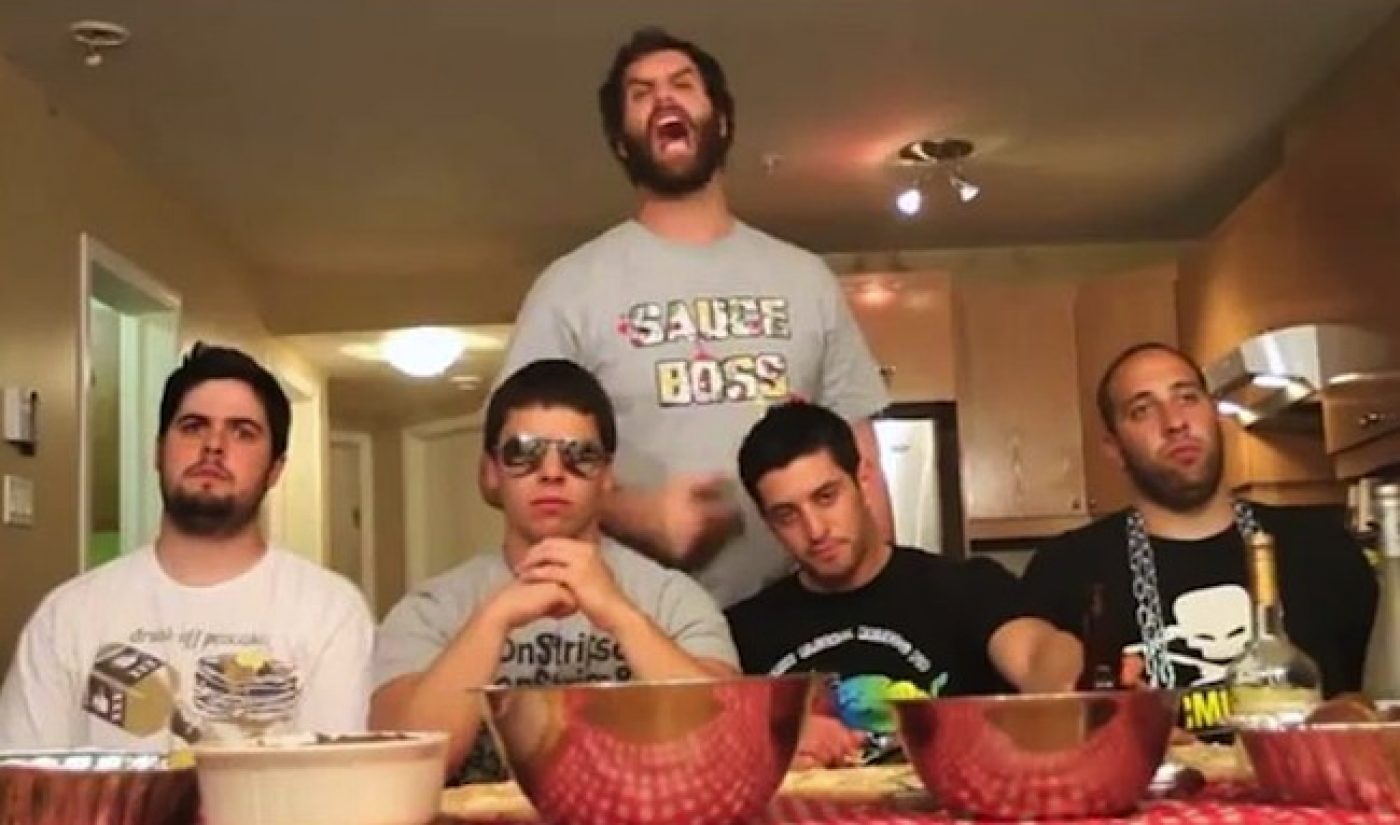 Many Hollywood stars are so thin they’ve gone two-dimensional, but not the trio behind one of YouTube’s latest breakout sensations, Epic Meal Time. Stunt-chefs Harley Morenstein and Alex Perrault sprinkle bacon on epic culinary concoctions like it’s table salt. They started posting videos on YouTube in 2010, and have since scored the #12 most subscribed spot with nearly 3 million subscribers, a deal with hit-maker Revision3, guest appearances on Jay Leno, a pilot for G4TV and a Shorty Award. Oh, and a net worth estimated to be in the millions. That’s a lot of bacon.

Grab ‘em in the first 15-seconds.
The Web audience has a super-fast trigger finger. If they don’t laugh at a comedy or if they’re not compelled in some way right away, they tune out. You’ve got to grab ‘em in the first 10 to 15 seconds. Therefore, you need a big idea that online audiences can get right away. Choose something that’s relevant or trending or completely original. For instance, EMT puts so much meat in their dishes, PETA has vowed to destroy them. So what’s your big idea?

Make a viral video.
What’s a viral video, you ask? It’s a video that gets forwarded. A lot. It triggers your finger to hit the forward button. A chain reaction is instigated that can result in hundreds of thousands and even millions of views. In the old days, they called this phenomenon “word-of-mouth”. Now, it’s more like “word-of-finger” (FYI: Epic Meal Time blew up to 1 million subscribers in less than 9 months).

According to Kate Kaye, Senior Editor at ClickZ News, “The most rapidly spreading viral videos tend to involve one or all of just a few elements including humor, stunts, cool special effects, or sheer shock value. All show up in the most recent list of top viral advertising videos as measured by Visible Measures.” The truth? Videos without these elements get seen about as often as Jimmy Hoffa.

You have a talent for something, we swear.
Everybody sucks at something. Most people suck at a lot of things. Look at Abraham Lincoln, one of the greatest presidents in the history of our country. He was a failure as a businessman. He was initially a failure as a lawyer. But hey! He went on to run for public office. And failed at that eight times.

You can’t possibly be that big of a failure. You’re probably even good at some things. In fact, every human being has the capacity for some kind of talent (you can even find talent a few levels down on the food chain). This is a difficult concept for most adults to understand because the slick Hollywood and Madison Avenue marketing machines have told them they suck and they should just mind their own business and be obedient consumers. What they may not know is that talent (as defined by “old media”) is not a requirement for new media success. There are Internet stars who have achieved more viewership than traditional stars using talents that are so far outside the box, even the box couldn’t find them on Google Maps.

Dig it, peeps. Nominate YOUR fave Internet stars in the comments below and keep your eyes peeled in 2013 for more looks at the first drafts of online video phenomenons!

First Drafts Series is a Tubefilter column that highlights and critiques the first online video work of the world’s greatest online video stars. It is written by the savvy online video experts Frank and Lynn Chindamo. Frank teaches webisode production at USC and Chapman University. His students have included Streamy Award-winner Bernie Su and half-a-billion-hitter Freddie Wong. Lynn is an award winning webisode creator who has written and directed series for Babelgum, Planet Green, and Petco. She is the world’s first Internet Stardom Curator, with 500,000+ followers on Myspace, and has written a book on the subject – Internet Stardom: Insider Secrets to Web Fame and Fortune.