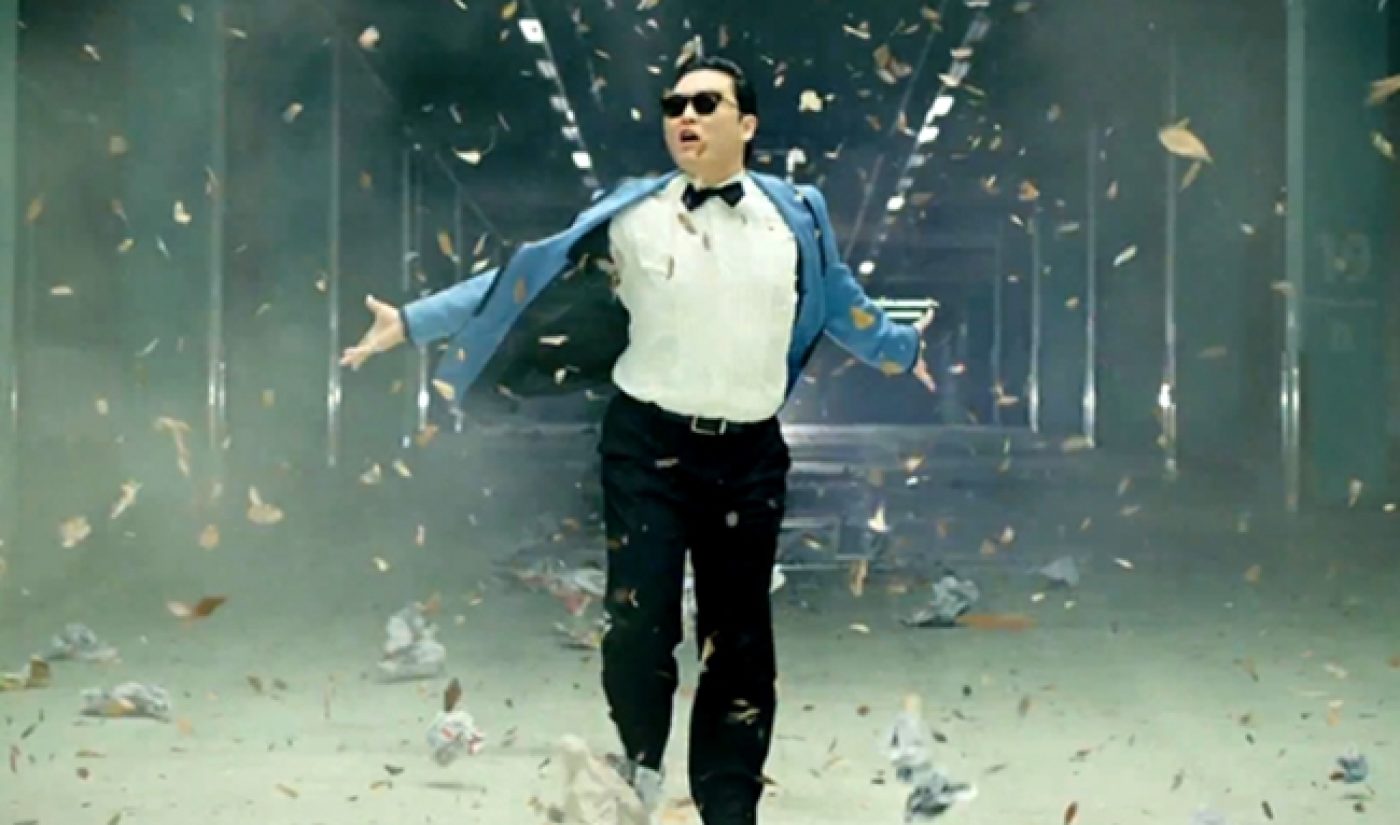 Psy‘s ‘Gangnam Style‘ music video recently became the most viewed clip in YouTube history. Now, at the end of the Mayan calendar, the catchy K-Pop anthem has passed another milestone: it has reached ten digits, becoming the first YouTube video to crack one billion views.

I initially predicted a Christmas Day milestone for ‘Gangnam’, and while I’m sad I missed the mark, the song’s popularity is still beyond impressive. As a reminder, there are just 56 channels with a billion views, and ‘Gangnam’ has almost singlehandedly rocketed Psy’s channel up to 27th place. It’s now 200 million views clear of Justin Bieber’s ‘Baby’, with no signs of slowing down.

YouTube has shared some more fun facts about the milestone:

Amazing. To commemorate the occasion, YouTube has added a small dancing Psy to the video’s viewcount. He will bounce forever in immortality, at least until another musical sensation comes along to usurp his throne. When will that happen? Maybe six months from now, maybe never. We might as well enjoy ‘Gangnam’ while it lasts and be thankful that it didn’t bring about the end of the world.