When Justin Bieber Was Kidrauhl: A Look at the Bieb’s First Video 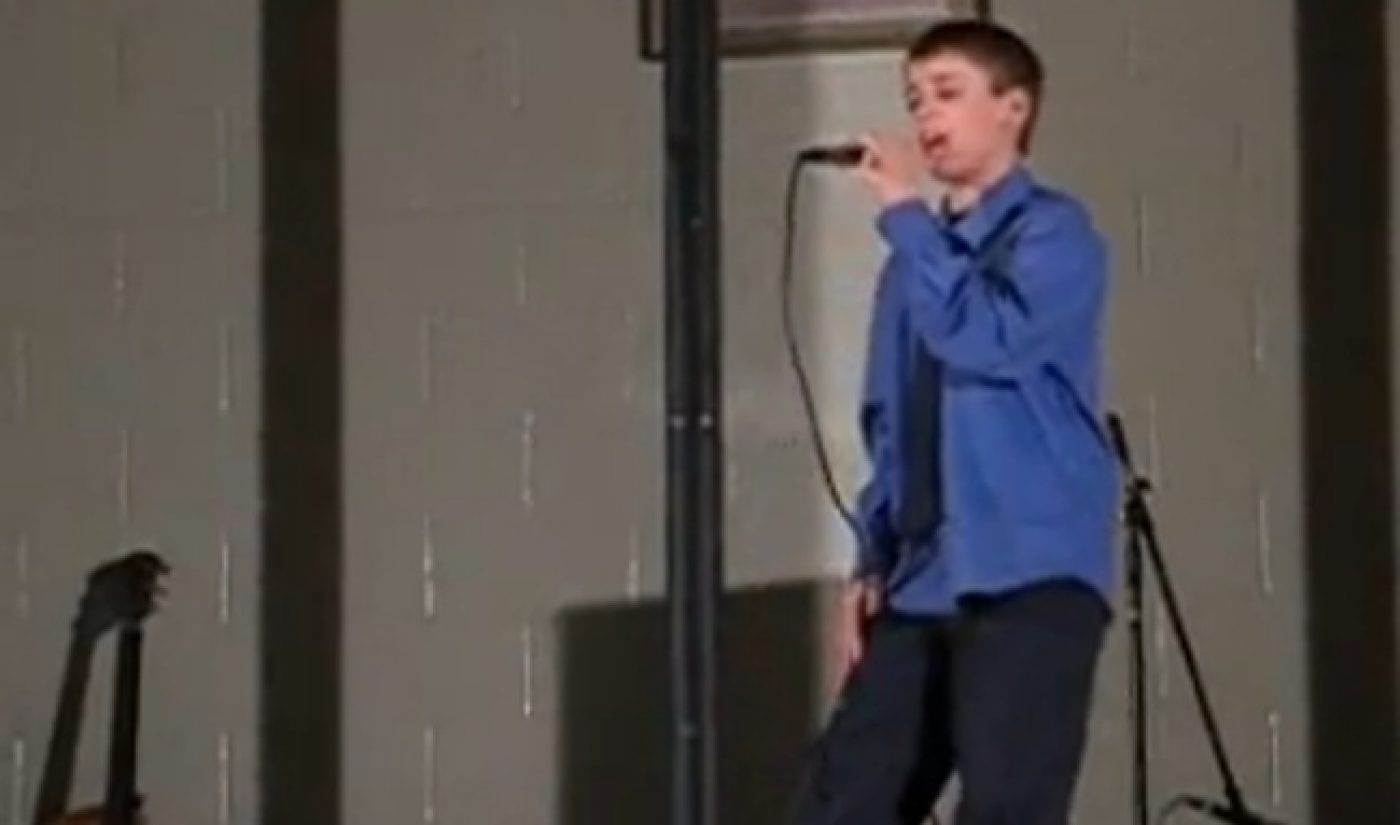 Before true-Beliebers were caught on camera acting like hyper-caffeinated caged animals during feeding time, before a gazillion YouTube views, Twitter followers, Billboard Top 100 hits, awards, TV appearances, and Benjamins, Canadian crooner and multi-instrumentalist Justin Drew Bieber was just a small-town lad who dreamed of being on the cover of Forbes Magazine smiling next to Oprah and the Queen.

So, how does the son of a single mom who grew up in low-income housing become one of the most powerful forces of pop culture on the planet?  Check it out:

1. Keep it real.
As Bieber’s manager and discoverer Scooter Braun told Forbes, “Don’t try and put in special editing. Just let the kid sing and play his guitar and if he’s the real deal the kids will run with it because they’ll feel like it’s theirs, and have their own self-discovery.” Of course, this assumes your kid can actually sing and play his guitar better than a banjo player on the banks of the Cahulawassee River. If so, be authentic, keep it real, and leave the cheese on the Ritz. Trust us, when millennials see content that looks too slick and overproduced, it makes them feel like ‘the man’ got into their stash.

2. Sound matters.
Unless you’re Charlie Chaplin (and you’re not), your audience needs to hear your video to be entertained. If your sound sucks, your video sucks. The only thing more annoying than bad video is bad audio (and maybe a bad rash, but that’s a topic for another blog).

Whether you’ve got pipes like Jay Bee, moves like Lindsey Stirling, or covers like Karmin Covers, you must beg, borrow, or rent something better than the built-in mic on your dinky-cam. Then, get someone to act as your sound engineer and have them monitor the audio while you monitor your performance.

3. If your web show is repeatable, so are the paychecks.
This could be the most important ingredient to success. If you create one video, it’s out there. Great. Now what?

These days, you’re less likely to generate buzz, spawn a community of subscribers, get noticed by the right people, or get paid if you’re a one-hit wonder. The Beebs is a good example of repeatability; his mom didn’t just post one clip of her musically gifted boy on YouTube, she posted a series of clips (albeit, so his long-distance grandma could watch!).

Her persistence paid off. Scooter Braun wasn’t totally blown away by Bieber’s first effort, but through watching subsequent installments he became convinced. Of course, being repeatable doesn’t mean you have to strap a webcam to your forehead and Truman Show your life. It just means you have to shoot enough episodes to generate buzz. Or, in the words of half a billion-hitter FreddieW, “A consistent audience requires consistent content.” Word!

Bonus. Get on Ellen.
Star-maker Ellen Degeneres is always looking for talented kids (11 or under) with special skills. Know someone with unique talents? Pass it on!

Dig it, peeps. Let us know your thoughts on THE BIEBS in the comments below!

The First Draft Series is a Tubefilter column that highlights and critiques the first online video work of the world’s greatest online video stars. It is written by the savvy online video experts Frank and Lynn Chindamo.  Frank teaches webisode production at USC and Chapman University. His students have included Streamy Award-winner Bernie Su and half-a-billion-hitter Freddie Wong. Lynn is an award winning webisode creator who has written and directed series for Babelgum, Planet Green, and Petco. She is the world’s first Internet Stardom Curator, with 500,000+ followers on Myspace, and has written a book on the subject – Internet Stardom: Insider Secrets to Web Fame and Fortune.