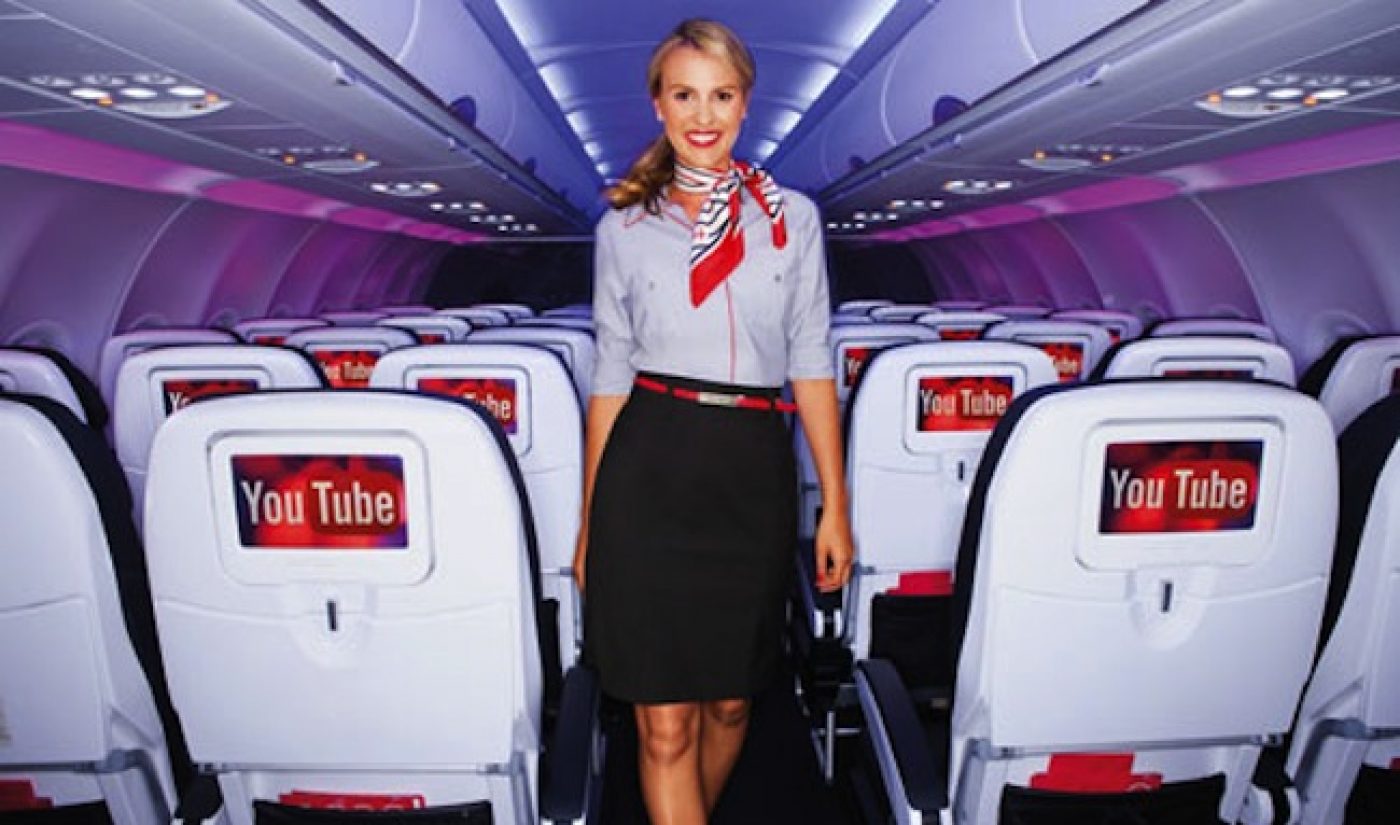 Virgin America is the tech-savvy airline of choice for those traveling within the airline’s limited footprint and in possession of enough disposable income to spring for the marginally more expensive airfare. The San Francisco-based US-majority-owned domestic iteration of billionaire playboy Richard Branson’s Virgin airline brand has (despite, or perhaps because of losing $671.3 million in its five years of operation) appealed to Silicon Valleyites and enthusiasts by way of sexy mood lighting, comfortable seats, fantastic technology-related PR stunts, a cool factor beyond compare in commercial aviation, and homegrown in-flight programming.

The fanfare over the airline’s initial launch way back in 2007 was, in part, because of that last feature. All the aircrafts took off with an entertainment system that was sleek, state of the art, and showcased at-the-time avant-garde on-demand videos from online video producers like BoingBoing and Revision3 and not YouTue.

Programming from the San Francisco-based online video behemoth hasn’t ever been a viewing option for passengers on Virgin America. Until now.

YouTube announced by mid-December “Warner Brothers’ H+ The Digital Series, WIGS’ ‘Blue‘, Geek & Sundry’s Written By a Kid, Crash Course and Barely Political’s The Key of Awesome will be available for free on all Virgin America planes in the US and Mexico.” It’s a slate exclusively comprised of shows and channels either owned by Google (like Barely Political, which it came to control after its acquisition of Next New Networks) or part of YouTube’s Original Channels Initiave (like all the rest of the programs mentioned).

It’s an interesting deal, as this is one of the first instances in which we’ve seen YouTube actively distribute their Original Channels out to third-party viewing platforms.

I wouldn’t expect the views on these programs to baloon as a result, but the deal does give Virgin passengers with a penchant for online video programming (or who are in want of something other than their regularly scheduled viewing material) access to more entertaining options. Except for Crash Course. Don’t get me wrong, that show is great. It’s just unfortunately named for something one can choose to watch inside a metal box, traveling at hundreds of miles per hour, 35,000 feet in the air.