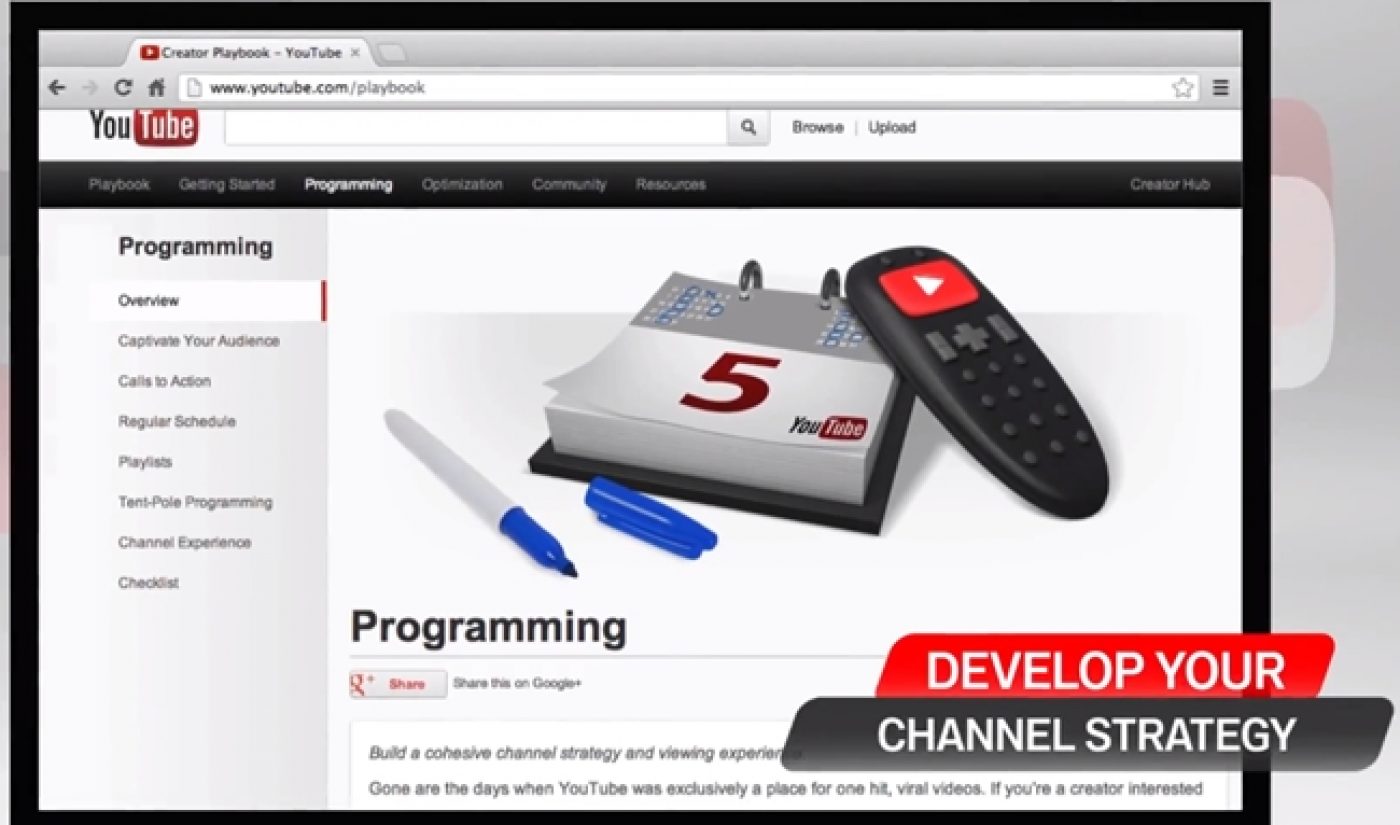 Sixteen months ago, YouTube released the first edition of its ‘Creator Playbook‘, penned by the smart folks at YouTube Next (formerly Next New Networks). Since then, the online video landscape has changed enormously. Google has altered the YouTube landscape with its Original Channels, doubled down on that project, and tripled down on it. A video of a guy riding an imaginary horse has obliterated YouTube records. And, perhaps most importantly, smart creators have begun to eschew high view counts while switch their collective focus to user engagement.

The latter trend is one of the main topics addressed in the third edition of the Creator Playbook, which has become available on the Playbook home page, which, to go along with the new update, has been revamped to feature more multimedia content. All of the changes can be understood by watching a recent video from the YouTube Creator Support channel.

The updates to the Playbook hub allow users to stay in the know on upcoming YouTube trends, and, if YouTube’s explanatory video is any indicator, we can expect plenty of regular updates to the page. Looks like the Creator Blog won’t be the only place aspiring YouTubers can go to learn about visibility tips and new features.

What’s great about the Creator Playbook is its ability to stay current with creator trends rather than informing them itself. YouTube hopes that each upcoming edition will feature new tips from its biggest innovators. For now, 1.1 million partners can thank the Playbook for helping them make videos of exquisite quality.