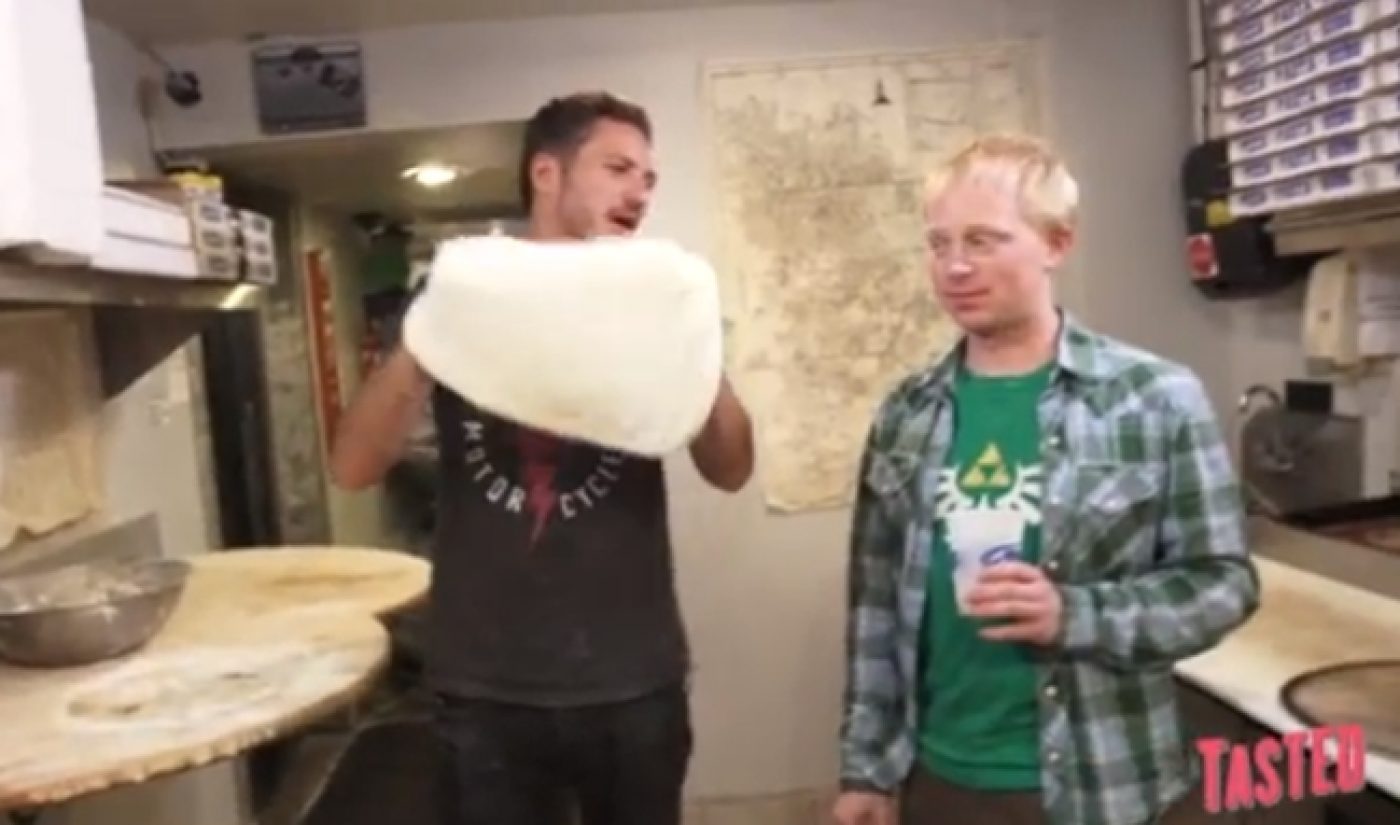 One of the basic rules of life is ‘when you are drunk, food tastes significantly better.’ Aziz Ansari understands it. Epic Meal Time understands it. Hannah Hart, who has become a significant YouTube celebrity based on that principle, understands it better than anyone. In a new series on the Tasted channel, former Top Chef competitor Spike Mendelsohn proves that he lives by that philosophy as well.

The series is appropriately titled, We’re Drunk, Let’s Eat. In each episode, Mendelsohn explores a culinary location with a few guests along for the ride. Spike and his pals go out, get wasted, and then attempt to cook a sumptuous meal. After a first episode that saw the DC-based chef travel out to LA, Mendelsohn traveled to Florida, met up with YouTuber Joe Hanson, drank himself into oblivion, and then successfully prepared a spicy pizza for guests at the local NYPD Pizza joint.

I was surprised how many times during this show I laughed out loud. I chuckled at Mendelsohn’s discovery of ‘redneck wine glasses‘, his excessive abuse of Henson when the Badge of Shame star didn’t know what a banana pepper was, and his use of olive oil shots as a palate cleanser (Is that a legit fact or just the drunk talking? I honestly don’t know.) Hannah Hart’s drunken escapades are funny because she frequently descends into nonsensical gibberish, but Mendelsohn’s drunk confidence makes for a whole different kind of hilarious.

We’re Drunk, Let’s Eat features several notable names, so I wouldn’t be surprised if it sees a decent amount of reach. Mendelsohn, who runs the Good Stuff eatery and placed fifth on the fourth season of Top Chef, is an up-and-coming restaurateur, and Henson’s Joe Goes, where he visits various locations and asks people awkward questions, has helped his channel achieve over 11.2 million views. As for Tasted, the “#1 premium content food channel” has featured several notable chefs and garnered over 3.8 million views.

I certainly hope We’re Drunk, Let’s Eat‘s collection of talent allows it to thrive. I know there are already a lot of boozy cooking shows on YouTube, but I think we could all go for one more.