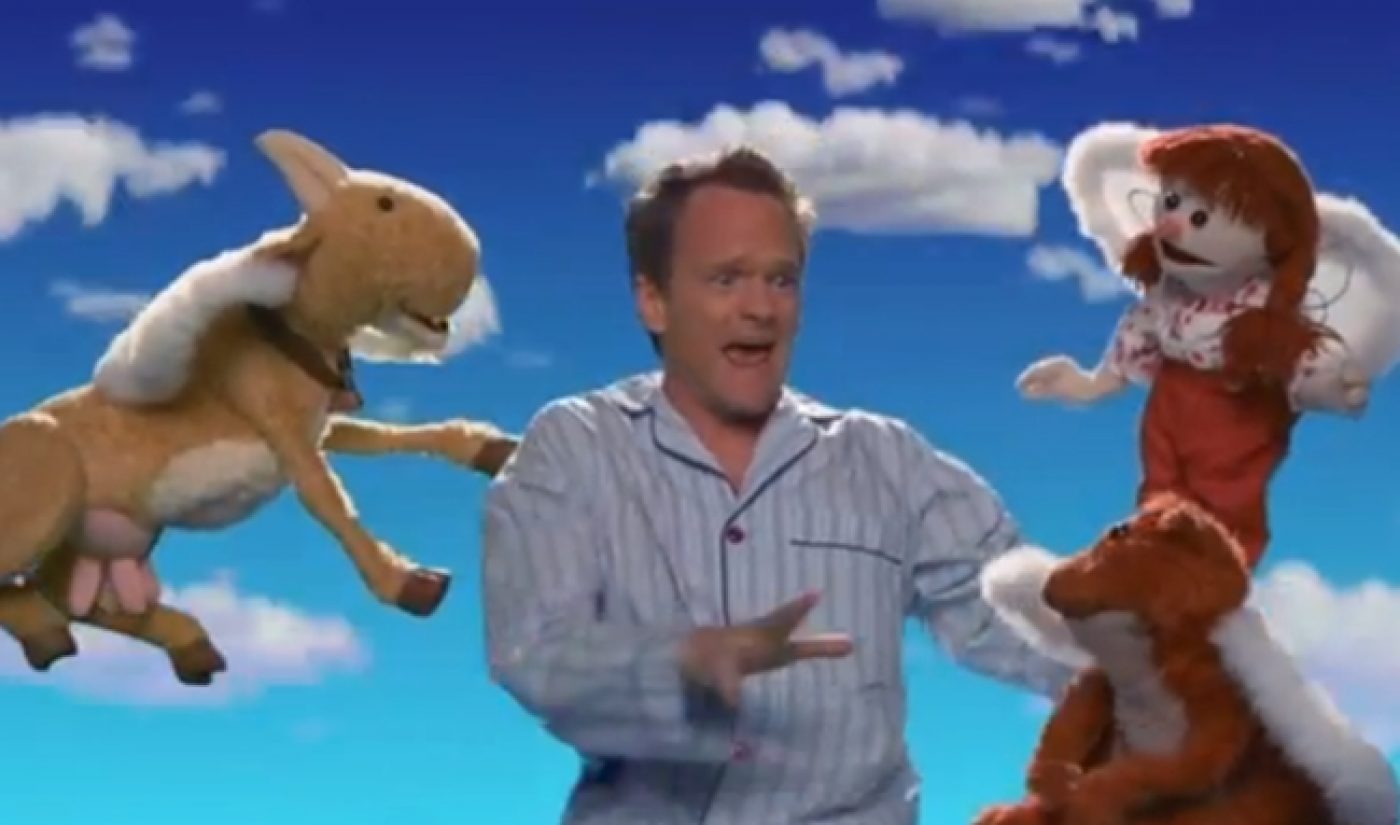 Last week, we revealed the exciting, hilarious trailer for Neil’s Puppet Dreams, the long-awaited Nerdist web series featuring Dr. Horrible and a bunch of puppets. Now, thanks to the magic of the Internet , the first episode of Neil’s Puppet Dreams has arrived, with the dashing Doogie Howser star experiencing a typical falling dream…but with puppets.

The episode includes a jaunty song called ‘Lullabye’ (aka ‘Your Insides Will Be Outsides’) , which is sung by several of Neil’s Muppet-like friends (Jim Henson’s son Brian is involved in the project.) The songs are always the best part of Muppet productions, and this track is no exception. It combines the jaunty, sing-songy nature of the average Muppet tune, but adds some violent lyrical turns (think ‘Brave Sir Robin’ from Monty Python). The result is a number that is equal parts Avenue Q and ‘Woodland Critter Christmas‘, and luckily for us it is available for mp3 purchase.

There’s still plenty of Neil’s Puppet Dreams to come, and it’s my hope that each episode will explore a different common dream scenario, like a demented mix of Sigmund Freud and The Fraggles. I’d love to see Neil’s version of a naked dream that involves puppets making crude jokes about his Beaker (if you know what I mean).

For now, all we can do is sit back, watch the first episode, and let the soft sounds of ‘Lullabye’ carry you to sleep. Hopefully, by the time you wake up, your insides will still be your insides and vice versa.