A Look Back At Daneboe’s First Special Effects Construction 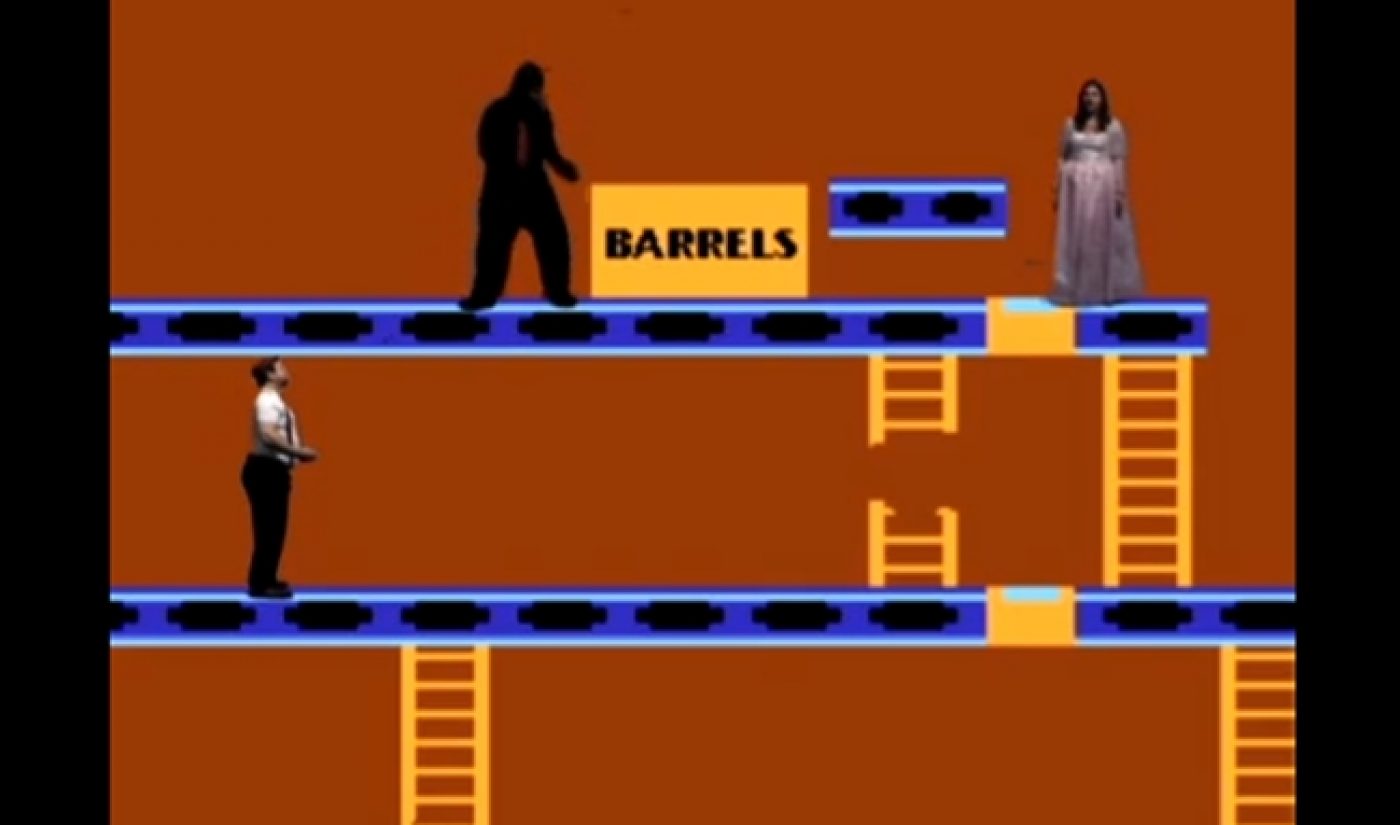 So what can we learn from Dane and Spencer’s seeds of greatness?

Anyone can animate.
DK:TM features a green-screened guy overlayed on a colorful moving background similar to the one in the game, using a simple image editor to create early 1990’s block video game level graphics.  The lesson is that you don’t have to be a fine artist or endure a millennium of painstaking labor animating your magnum opus frame-by-frame.  Instead, there are some really nifty programs such as After Effects and Photoshop that can transform an ordinary object (such as an orange) into a network-worthy character.

Technologically-challenged folks may not be equipped to deal with After Effects or TheSaka24’s easy-peasy tutorial, How To Make Annoying Orange-Like Characters Using Adobe After Effects.  No worries. Those people can check out  DIY animation and text-to-movie sites such as Go!Animate, DigitalFilms.com and xtranormal.  Like xtranormal‘s slogan says, “If you can type, you can make movies!” (BTW, we’ve seen some wicked awesome vids come out of xtranormal.)  If all else fails, collaborate with someone who’s got mad animation skills.  You can always contribute your genius by doing the voices, the music, or even the stories.

Persistence pays.
Dane and Spencer made loads of vids before they made the one that put them on the mainstream map.  They kept at it and perfected their craft in the face of constant rejection and disappointment.  Dane Boe told First Drafts:

“When I uploaded the first Annoying Orange, I had never even considered it to be a web series.  I’ve made lots of videos with talking food because it was a fun thing to do once in a while; Annoying Orange was just going to be another one that I did.  But it wasn’t long after I uploaded the video, people just started yelling at me in waves saying, ‘We love this character! Make another one! Make another one!’  So, I made another one and got a great response and people said again, ‘Make more! Make more!’ and by the fourth episode I was getting a million hits within two days.’

It’s called a short, not a long.
Like all of daneboe’s vids, DK:TM is short.  2-minutes and 27-seconds short, to be exact.  Why’s that, you ask?  Because web video viewers have the attention spans of hyperactive monkeys.  Remember, many viewers watch content at work, at a train stop, or while they think their wife is asleep – you’re lucky to get three minutes of their attention.  So keep it short, ya dig?