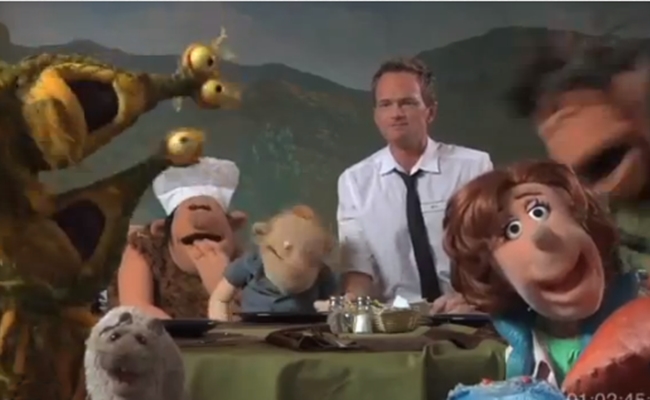 This is hardly a secret, but we here at Tubefilter believe–no, understand–that Neil Patrick Harris is the man. Doogie Howser took the internet to a place it had never been before when he starred in Dr. Horrible’s Sing Along Blog back in 2008. Since then, NPH has mostly stuck to TV work, but earlier this year, he inked a deal with Nerdist that would allow him to return to the Internet as a web series star. Now, finally, after months of waiting, Neil’s Puppet Dreams is set to debut.

Neil’s Puppet Dreams has been around for so long that it was initially supposed to be a launch title on Nerdist. Chris Hardwick‘s channel now has 435 videos and over 19 million views, so it looks like NPH missed his initial timeline just a bit. However, that doesn’t take away from the fact that this series looks totally rad. Nerdist has been kind enough to release a behind the scenes video showing us how the show came to be and what its cast and crew have to say about it.

Seriously, can that video just be the actual show? Listen. I’m absolutely excited about the premise of looking into NPH’s dreams (all of which are played out by puppets). Obviously, that’s any human’s life goal. However, I found myself laughing heartily at the mockumentary elements in this video, especially when the human directors dryly inform the rat puppet that he’s “not a person.”

The crux of his show will be the puppetry, which we can expect to be fairly raunchy in the vein of Avenue Q. It certainly helps that Brian Henson, son of Jim, is involved, which helps explain how his father’s creations ended up in two separate Nerdist videos.

If you’re not excited for Neil’s Puppet Dreams after seeing that extended ‘trailer’, I don’t think there’s anything I can do for you. The show debuts on November 27, so be sure to check back on Nerdist after that date. I’ll be dreaming of Neil Patrick Harris (and puppets) until then.