Fine Bros Get Serious, Stand Up To Bullies In Latest ‘Teens React’ 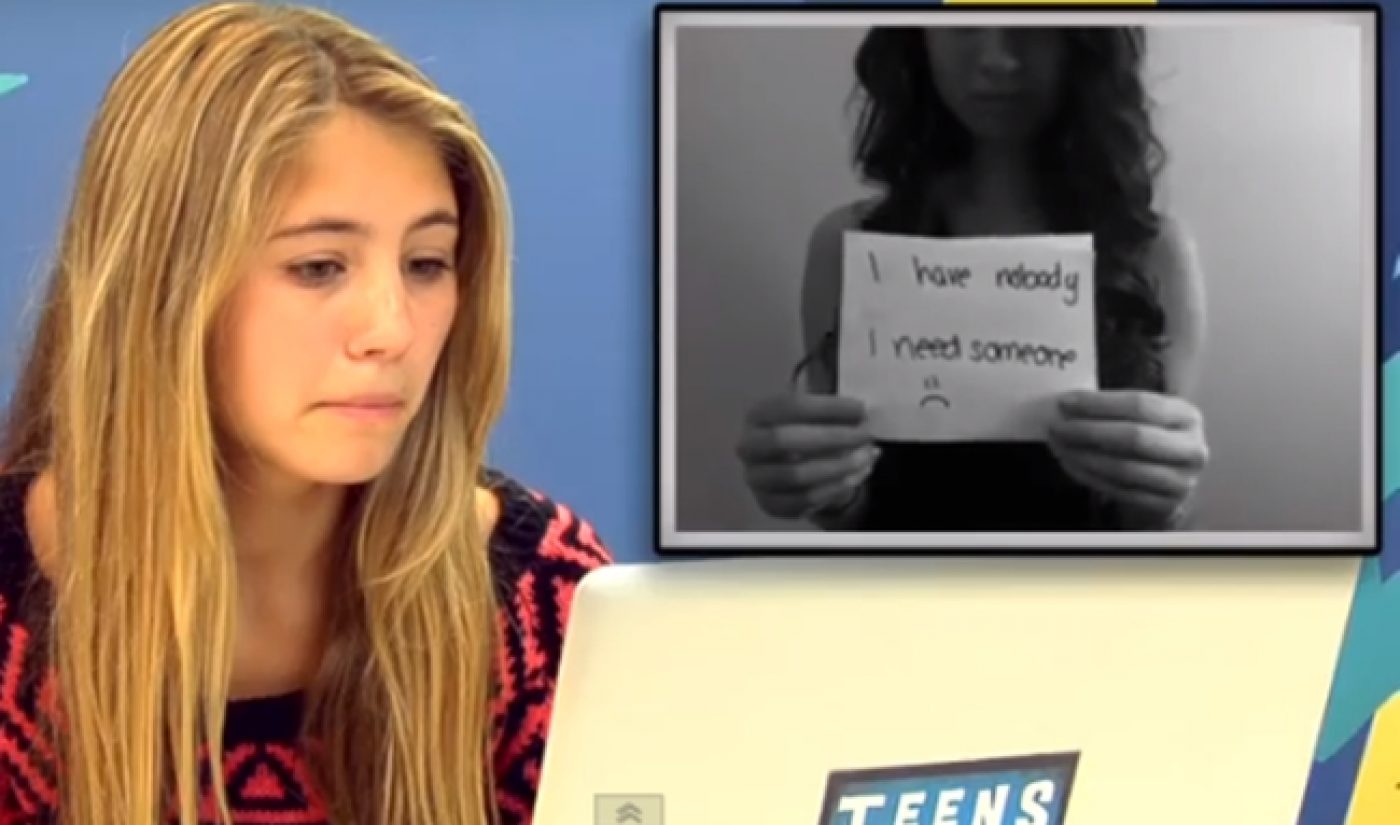 We’ve always loved The Fine Bros. here at Tubefilter. Their videos are very reliable, and they never fail to put a smile on my face. The React series, of course, is the duo’s most prolific offering; for several years, its adorable children and hilariously out-of-touch seniors have been a constant source of joy. In the most recent episode of React, however, the series takes a somber tone, as a group of teenagers react to personal video of eventual suicide victim Amanda Todd.

The episode runs for almost 15 minutes, making it one of the longest entries in the React series. With its personal tone and extended use of interviews with the Teens React participants, the episode feels more like a mini-doc on bullying than an examination of a famous YouTube video. Throughout the course of the video, each teen gives his or her perspective on bullying and talks about past instances where he or she has been a target. To Benny and Raffi, this was the strongest part of the video:

“From the stories these kids bravely share with us and even shed some tears along the way, we get just a small sense of just how large a problem this has become and how most of the schools, parents, and media do not fully understand the gravity of this controversial situation especially when it comes to the internet’s role in all of it.”

Amanda Todd was a Canadian teenager who saw her life take a dramatic turn for the worse after a topless photo of her was freely distributed on the Internet. She created a video describing her unfortunate situation in September, and one month later she was found dead. Since the video was posted, it has been viewed over 12.7 million times. The Fine Bros hope that their newest Teens React effort will bring to light this important–and often misunderstood–issue.