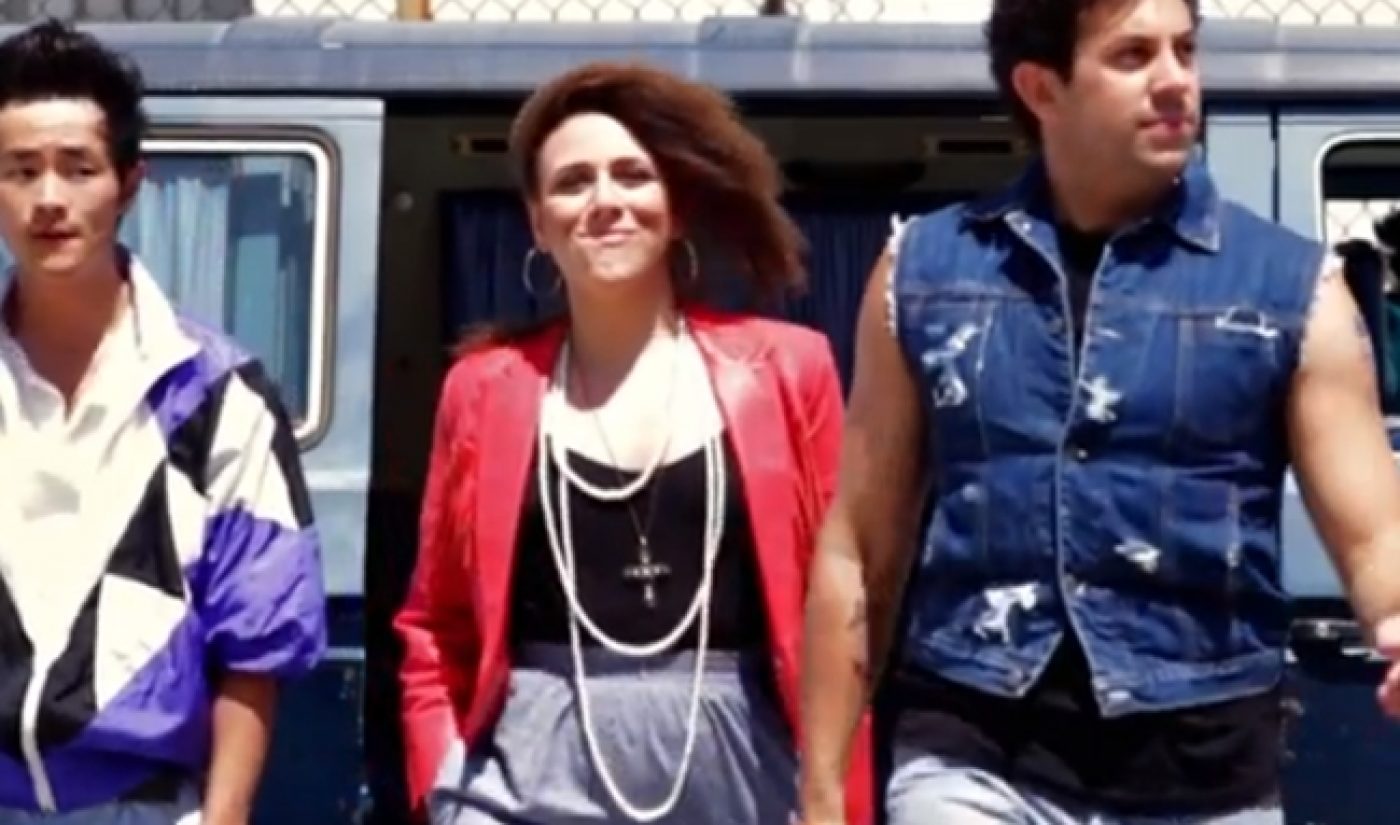 21 Jump Street, the story of a group of cops who go undercover in a high school in order to complete a drug bust, first gained fame as an 80s TV series. In 2011, the franchise was revived as a feature film, which ended up becoming a hit with moviegoers and critics alike. Now, YOMYOMF have decided that the series is ripe for a send-up. Justin Lin‘s network has premiered Squad 85, a new six part web series that parodies multiple aspects of the 21 Jump Street plot.

Squad 85 features a rookie cop who must (you guessed it) use the pretend-you’re-in-high-school gimmick to bust a teenage drug ring. What makes Squad 85 slightly more than a blatant rip-off of 21 Jump Street is the squad of cops who join the rookie’s undercover investigation, who have all time traveled forward from 1987 (around the time of the first 21 Jump Street). Therefore, Squad 85 is a fish-out-of-a-fish-out-of-water comedy. It’s only confusing if you spend too much time thinking about it.

The crux of Squad 85 is its many, many guest appearances. The first episode features Katrina Bowden of 30 Rock fame as an impressionable young student, but there’s many more to come: frequent YOMYOMF contributor KevJumba will make an appearance, as will comedienne Margaret Cho and Danny Pudi of Community. I know that last one is exciting to a certain group of fans, who have gone months without any releases from their oddball muse (aside from a concise, very funny video that made fun of NBC while also being posted on the NBC YouTube channel).

YOMYOMF has released a pair of series in the last few months that I greatly enjoyed. The first was the election campaign farce Ground Game, and the second was Reality Reboot, which also experimented with time travel. Given the channel’s track record, I wouldn’t be surprised if Squad 85‘s impressive roster is enough to make it a worthy watch as well.