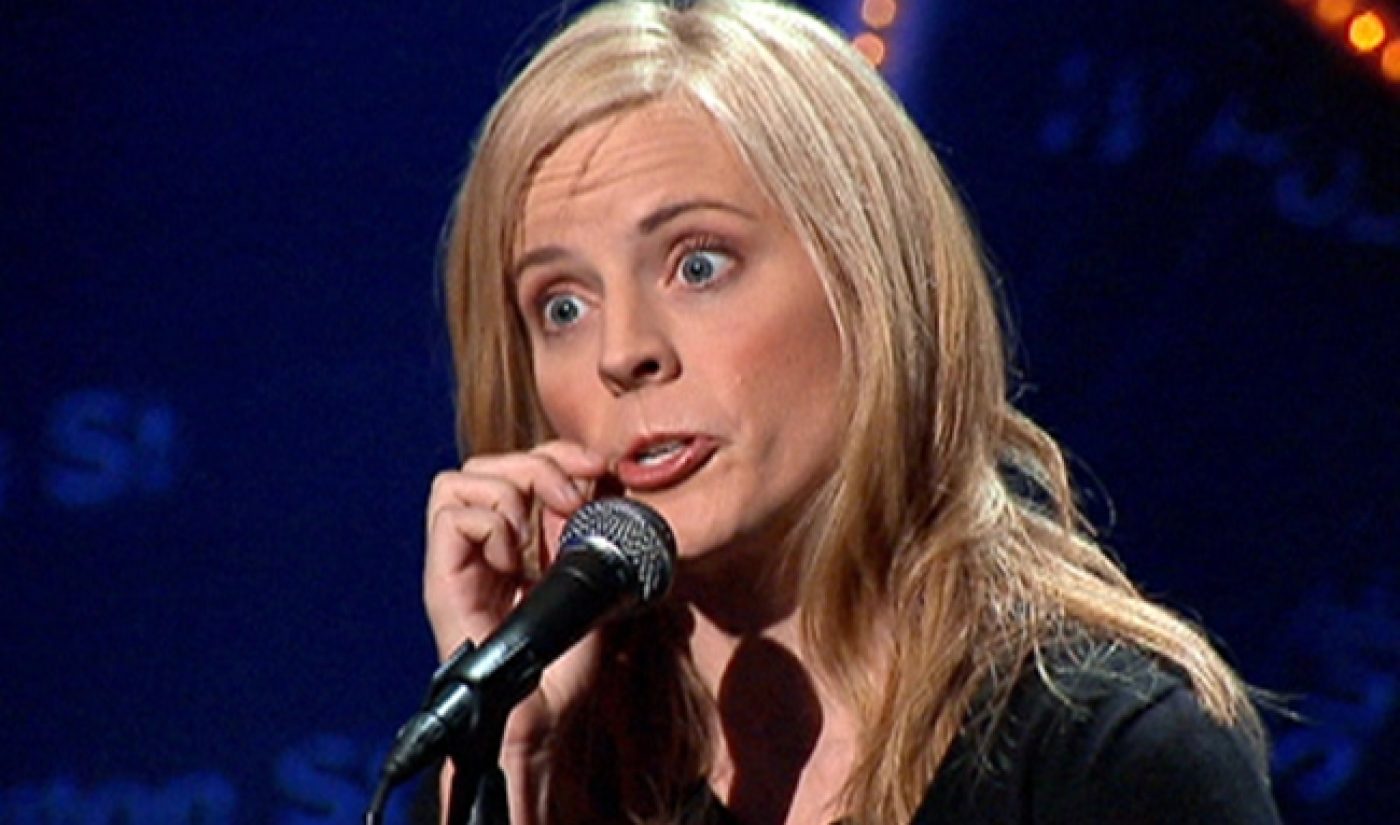 The Internet is populated with a massive number of comedy channels; however, before there was Above Average and Bad Teeth, there was Super Deluxe. The TBS-owned channel featured some of the biggest names in comedy before it folded into Adult Swim in 2008. The last remnant of the once-great hub is a sad-looking page on the Adult Swim website that features a partial selection of Super Deluxe’s content.

One of the channel’s biggest stars was Maria Bamford, whose Maria Bamford Show was a shining example of her fast-paced, frenzied, and schizophrenic comedic style. Bamford released the last episode of her series over four years ago, but she will soon be returning to the Internet with a one hour “anti-special”, titled Maria Bamford: The special special special! It will become available on November 28 through Chill.com‘s Chill Direct platform.

Bamford’s ‘special’ will take place in her living room and will hope to capture the same essence that made us fall in love with her digital work back in the day. A fee of $4.99 will give viewers complete access to the special, continuing a pay-to-view model that has been used by several comedians in the past, including Louis CK and Aziz Ansari.

Bamford has also lent her talents to a number of well-known programs. Since we checked in on her last, she’s made appearances in Louie, The Legend of Korra, and Adventure Time. She’s proven herself as a versatile and talented comedian, and her special special special will be quite worth the $5 price tag.