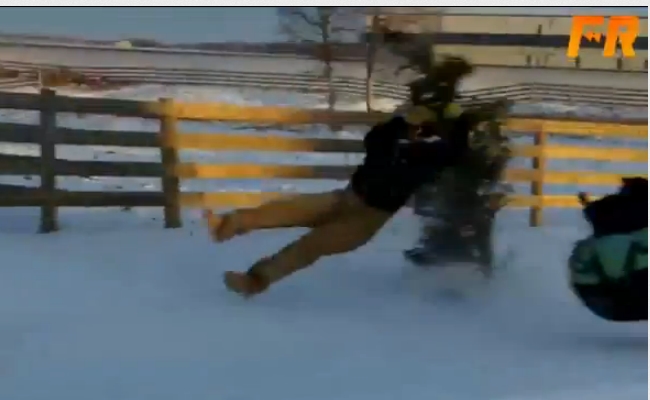 Fishbowl Worldwide Media have long been the kings of premium user-generated content (UGC) on YouTube. As we’ve previously noted, the production company has done well to turn its massive library of America’s Funniest Home Videos clips into a series of successful YouTube channel. This week, Fishbowl rolled out Final Rewind, its fourth UGC-centered channel.

Final Rewind is similar to Failblog, except viewers get twice the enjoyment as each clip is replayed in slow motion. Many UGC clips are best when played over and over, so Final Rewind allows  fail fans to get a second dose of schadenfreude without having to smash on the replay button. “Failure is a concept that translates across all languages and cultures – especially in video form.” said David Beebe, VP of Fishbowl. “There are no barriers to understanding what the fail is. Fail humor is one of the most viral types of content because it is relatable, has an element of surprise and then disbelief, and ultimately, if you admit it or not, we all like watching fails because it makes us feel better about ourselves.”

At the end of each clip, viewers are invited to view one of three other Final Rewind fails, which at first seems like an interactive element a la Fishbowl’s CuteWinFail channel, but is actually just a way to drive more traffic to the channel. As Failblog fans know, you can’t just look at one fail. Final Rewind making it easier to view loads of fails in a row does terrible things to my productivity.

Final Rewind joins CuteWinFail, Petsami, and LindoVictoriaFrasco in Fishbowl’s collection of UGC-centered YouTube channels, with the company’s work on AFHV continuing to pay dividends on the Internet. “Our content is funny, snackable, and social and it drives views.” explained Beebe. “With all of the verticals we launch on YouTube, we start with the clips to build the audience and then we introduce content beyond the clips. We’ll also be launching a UGC service so fans can submit their own clips.” Looks like you’ll soon be able to add to Fishbowl’s massive collection of fails. Until then, I’m going to re-watch the wave riding fail about a thousand times.