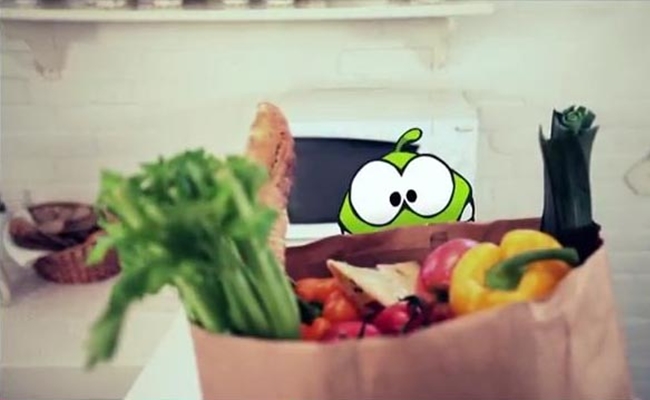 Mark it down: the transition from mobile puzzle game to web series is officially a trend. Just weeks after Disney turned the popular Where’s My Water game into an animated spinoff, Zepto Lab is following suit. The UK-based game developer is turning Om Nom, the lead character in its highly popular Cut The Rope game, into a web series star. The result is Om Nom Stories, which has already launched on the Zepto Lab YouTube channel.

Cut The Rope has become one of the best selling mobile games of all time thanks to a combination of intuitive puzzle design and a cute main character, who brings his monstrous charm (we’re talking Sesame Street monstrous, not Frankenstein monstrous) to the new web series.

Om Nom Stories bears several similarities to Where’s My Water. Both feature a cartoony, green protagonist who never speaks, and the games that spawned these two web series are quite similar: they both involve creating a path so that a desired commodity (whether it be candy or water) can reach its target (a sugar-loving monster and a bath-loving gator, respectively).

However, the series are not without their differences. Swampy’s Underground Adventures is fully animated and seems to just be slapdash collection of episodic content. Om Nom Stories uses a very clever mixed media style, with Om Nom surrounded by a host of live action characters. In addition, there appears to be an honest attempt to create an arc within Om Nom Stories instead of simply churning out a product that will keep kids occupied for some amount of time.

In the end, the appeal is clear: Om Nom is an adorable character. Expect plenty more from him as more sugary-sweet episodes hit Zepto Lab in the coming weeks.