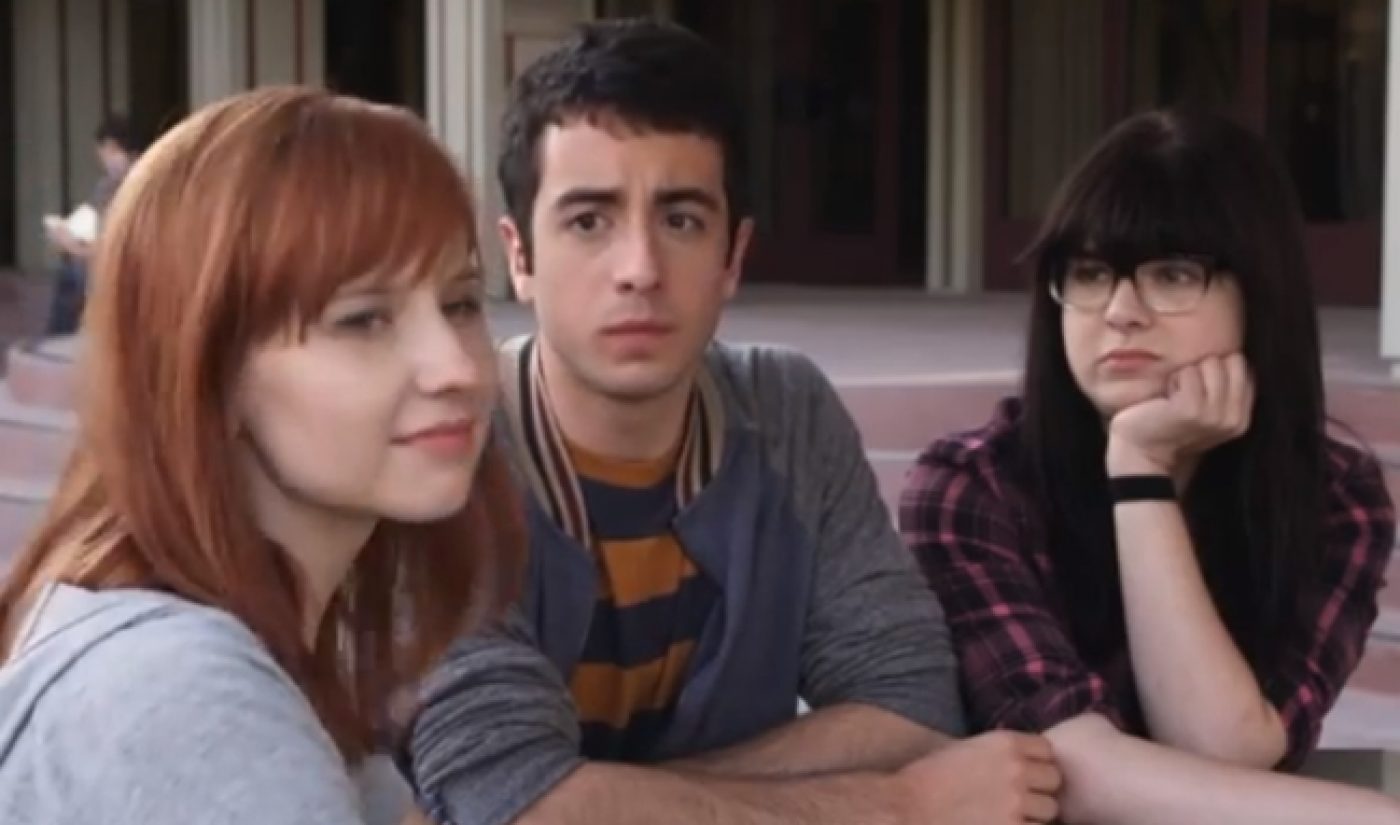 Squaresville, the teen dramedy from creator Matt Enlow, has been on our radar since it was just a wee little Kickstarter campaign back in 2011. Since then, the series has signed up with Big Frame and has gained a solid following. Now, after 16 episodes, the first season of the show has come to an end. The finale was recently released, revealing a key secret about one of the main characters and ending the season on a bit of a cliffhanger.

Squaresville stars Mary Kate Wiles (Lizzie Bennet Diaries) as Zelda, a precocious teen whose best friend is Esther, played by Kylie Sparks. So much about this series, from the setting to the ‘feel’ to the give-and-take between the two leads, reminds me of Ghost World, the comic book that became a critically acclaimed film. Squaresville‘s finale definitely contains most of these appealing elements. If you’ve seen part of the series so far, it’s worth checking out. If you haven’t, Squaresville‘s website has all of the episodes available.

Squaresville has acquired a nice little fanbase for itself. The YouTube channel has accrued over 575 thousand views and more than 13 thousand subs, with several blogs devoted to the series popping up along the way. “We’re so grateful and excited to have seen so much support from our fans.” said Enlow. “We’re tackling some heavier themes and ideas than in previous episodes, and it’s something we’ve  been planning for a long time. It’s very gratifying to see it come to life in this way.”

The series has plenty of other material on its channel aside from the episodes. Wiles and Sparks have hosted several installments of Q and Hey!, where they field questions from viewers alongside Enlow. In addition, Enlow has presented fans with several behind-the-scenes looks at the series. He’s certainly a creator who is consistently engaged with his viewers.

Given the manner in which Season 1 ended, I think we can naturally expect a second go-round, assuming Enlow can pull together enough funds to finance it. With such a fervent support group, I hardly see how this will be a problem.