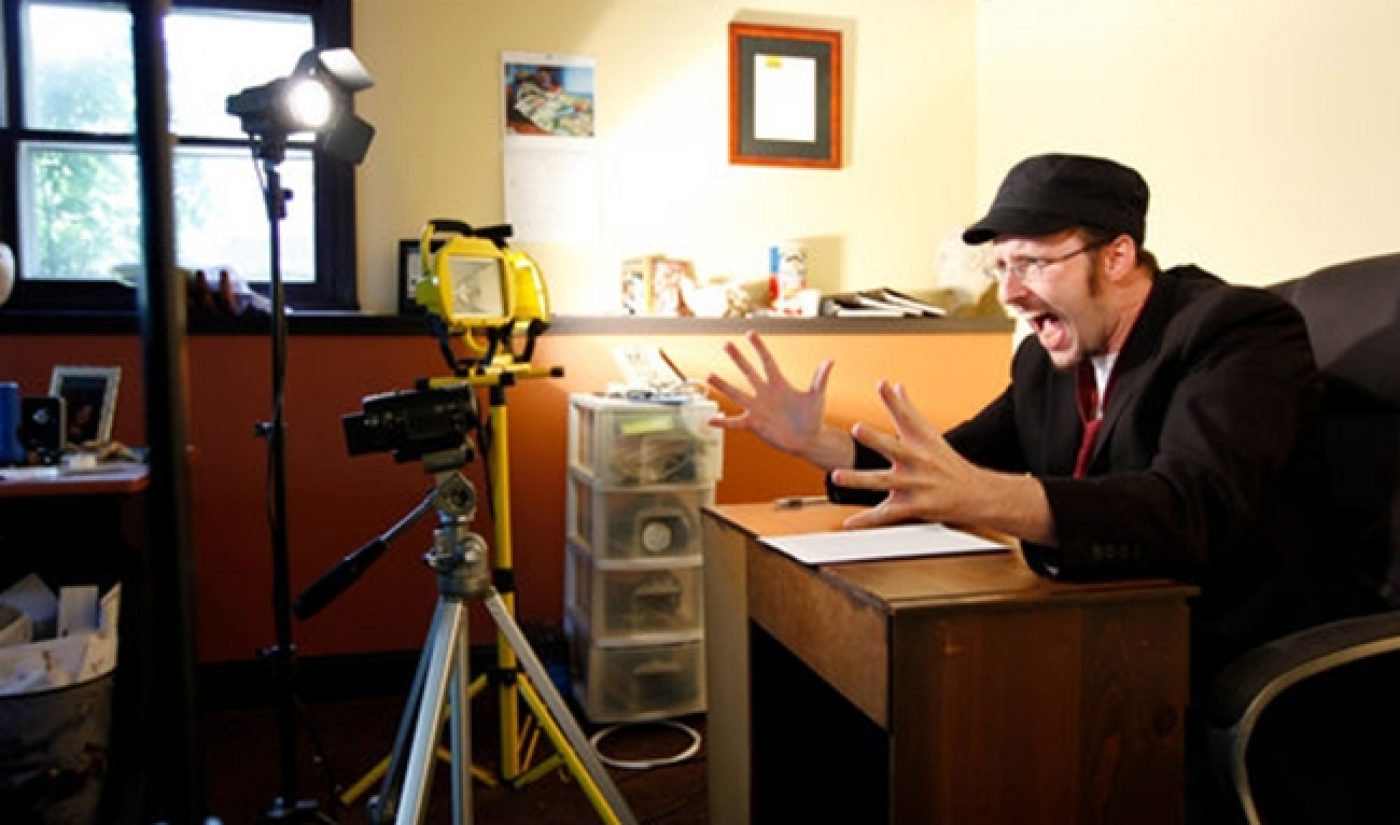 Over the summer, Blip announced that it was entering the realm of original content with a new studio helmed by executive Steve Woolf. Now, Blip is increasing its efforts to bring viewers a daily stream of pop-culture related content with a new channel, the League of Super Critics, on YouTube.

The channel will feature updates from five of Blip’s most popular personalities, with each one taking over his or her own day. Mondays belong to The Nostalgia Chick, Lindsay Ellis, who has brought a more feminine appeal to old-school pop culture since she was hired by her male Critic counterpart.

On Tuesdays, gothic girl The Maven of Eventide releases Vampire Reviews, where she looks at various works of bloodsucking fiction.

Doug Walker will bring his huge fanbase to the channel on Wednesday with a new episode of The Nostalgia Critic, which will undoubtedly run for 20 minutes and feature several references to Chuck Norris and M. Bison.

Todd in the Shadows takes center stage on Thursday; he was one of the first creators to sign with Blip Studios and his crappy pop song breakdowns have gained a nice little following. Also, shadows.

The week ends with The Show You’re Watching, a wrap-up of the week’s online video news. I know we’ll be sure to check it out to see what kind of stuff is making the rounds these days.

The channel also hosts a sixth show, Chug, Plug & Review, where the channel brings on a weekly guest to do all three of those things. The only rule of the show is that in order to plug whatever project the guest is working on, he or she must chug a mystery liquid composed of random ingredients selected by a 20-sided die. The reveal of each ingredient is connected by a film review from the guest.

The show’s first chugger, plugger, and reviewer was Illeana Douglas of Easy to Assemble, who plugged her series’ fourth season after downing a mixture of high-fiber cookies, chocolate sauce, ice cream, and malt liquor. Yumm-o. The episode was released yesterday on League of Super Critics.

Blip should be commended for bringing a great lineup of talent to YouTube, especially considering that Nostalgia Critic episodes were hard to find on YouTube in the past. The League of Super Critics seems to be not only a great hub, but another way in which online video’s stars are getting more coverage. If they have to down a slimy concoction to make that happen, then so be it.