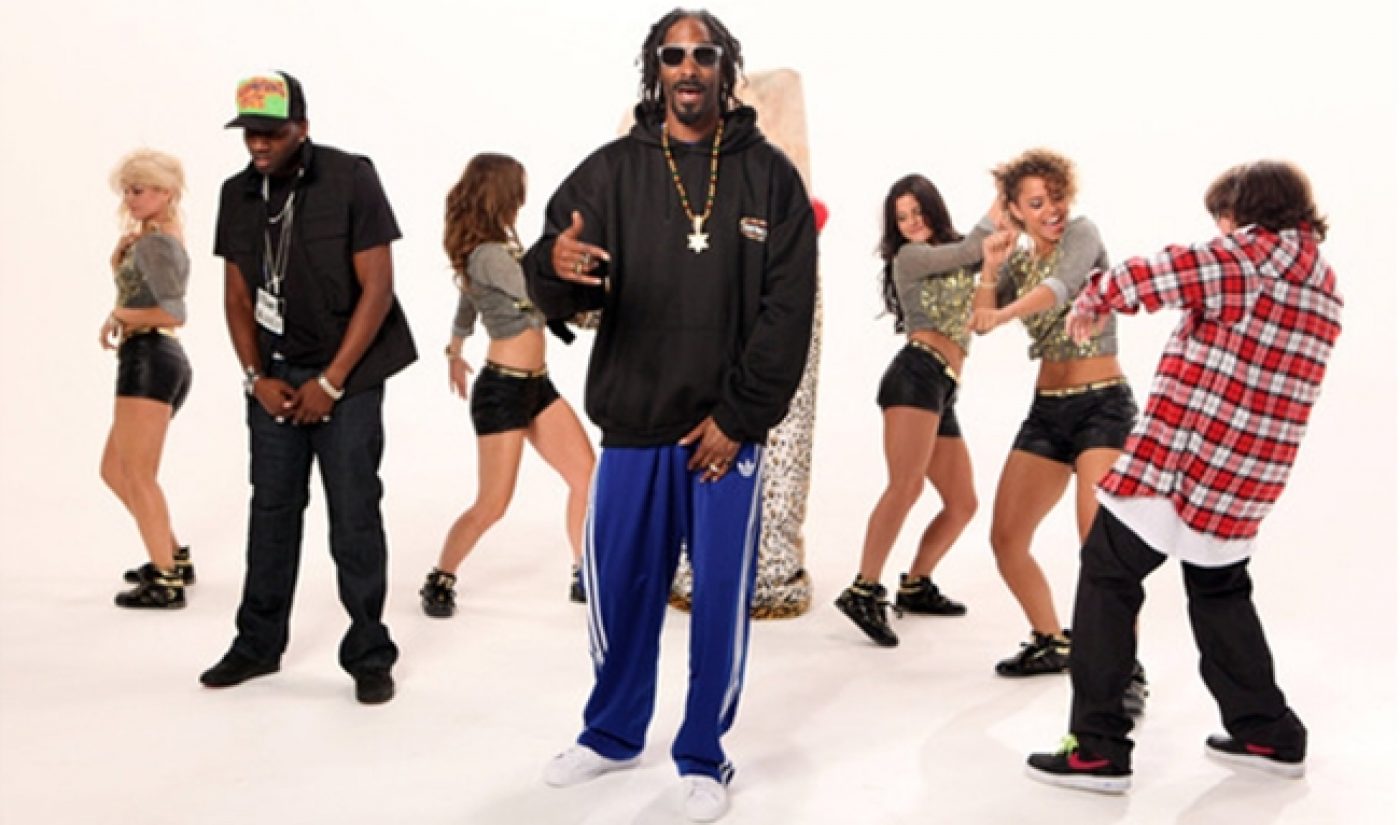 Hey guys, remember ‘Drop It Like Its Hot‘? Yeah, I hadn’t rocked out to it since the release of Doggumentary either. It was put back on my radar, however, when it got what it always needed: a Hot Pockets remix.

Snoop Dogg/Lion recently collaborated with popular YouTuber DeStorm and popular individual Andy Milonakis to bring us ‘Pocket Like Its Hot,’ which changes the lyrics of the song so that they sing the praises of portable pizza pockets. Fo’ shizzle. Check it out:

The video directly references Snoop’s original video for the song, making use of a two-tone color scheme and graffiti. I can’t choose my favorite part. It could be ‘Herbie‘, the giant Hot Pockets mascot who dances around with his new rapper friends; or maybe it’s Andy Milonakis playing a giant bass drum emblazoned with the Hot Pockets logo; but no, in the end, the best part is clearly when DeStorm makes it rain stacks…of pepperoni slices.

As we’ve written about recently, Snoop has been busy with his various forays into web video, signing with Maker Studios to produce content for his WestFestTV YouTube channel. This time, though, his video partner is DeStorm, whose rap skills have made him a YouTube star (check out our interview with him from last year!) and led to him signing with Big Frame.

“Big Frame had a lot of fun collaborating with Threshold Interactive to bring this project to life,” said Max Polisar, Head of Sales at Big Frame, “Hot Pockets is clearly a brand that can get out in front of the digital trends and this campaign is exemplary of how Big Frame is working with traditional marketers and talent to produce the next generation of branded advertising.”

The studio’s star was also happy to get involved with the project. “It was pretty iconic,” said DeStorm of working with a rap legend, “Snoop is simply a great dude all around. Love that guy.” He was apparently given some leeway with the lyrics, as he notes he “tweaked them to fit my style.” The third member of the video is Milonakis, whose Andy Milonakis Show was a cult hit for three years on MTV. He holds up considerably well for a guy who has to follow two talented rappers with his own verse.

Not all of the response to the video has been positive. On Hot Pockets’ Facebook page, several fans of the product have voiced their displeasure in the snack company’s choice of spokesman, believing Snoop to be a “thug” and “racist” due to the list he recently created about why not to vote for Mitt Romney. Some of Snoop’s fans feel he sold out to make the video, but I’m of the mind that Snoop was hungry for some illicit reason and just wanted free Hot Pockets. In the end, is there anything so wrong with that?