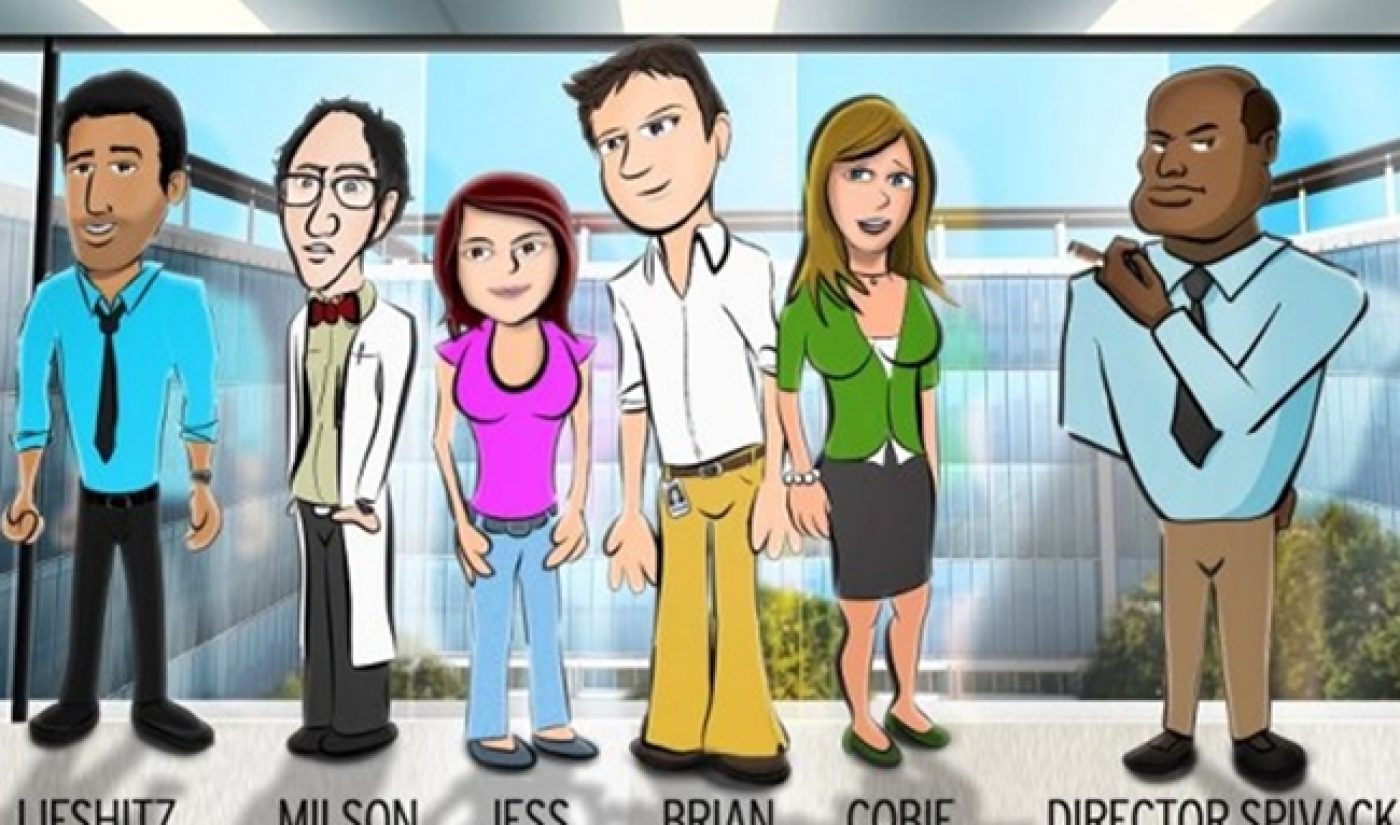 Did you think that the window for an animated comedy series set in space hit its peak after last year’s Archer season finale? Well, you thought wrong. Creators Leon Doell and Ben Friedberg debuted Astro-Cons, a web series about the ‘Department of Space’, at last week’s New York Comic-Con.

Astro-Cons tells the story of six workers at the DoS, spread across divisions such as engineering, science, and internal affairs. The series’ Facebook page describes the setting as “a federal agency with their eyes on the stars and their heads in the clouds.” The initial pilot was split into two parts and was posted last week on the Astro-Cons website and on the show’s YouTube channel. The channel has also been used to post a trailer alongside several PSAs, one of which is made me laugh quite heartily (I think it was the ended use of the second-person that did me in). Check out the first half of the debut episode below:

The show’s similarities with Archer don’t stop at the animated style and the latter’s occasional foray into space. The humor comes from characters who are crude, blunt, and pull no punches. Both shows make a mockery of government inefficiency, with the pilot of Astro-Cons chronicling the mental illness of a poor boy who thought his government actually works. “I’ve lived in DC for over 10 years, so I’ve heard many stories of bureaucracy, inefficiency, and redundancy,” said Doell in an interview with The San Francisco Chronicle. “Government is a constant source of humor. Reading about what happens in DC on a daily basis is funny enough. We just tap into that and embellish a little.”

The most obvious shout out to Archer is the DoS’ slogan, as presented in its PSAs: ‘Just the tip’. If that’s not a reference to everyone’s favorite super-spy, I don’t know what is.

So if you enjoy that kind of humor (and you should), then check Astro-Cons out. The animation style mixes dynamic characters with relatively flat movement; it’s unique, but it doesn’t draw attention. Rather, the focus here is squarely on the writing. Check it out before you’re shot into space for failing to recognize this fledgling series.