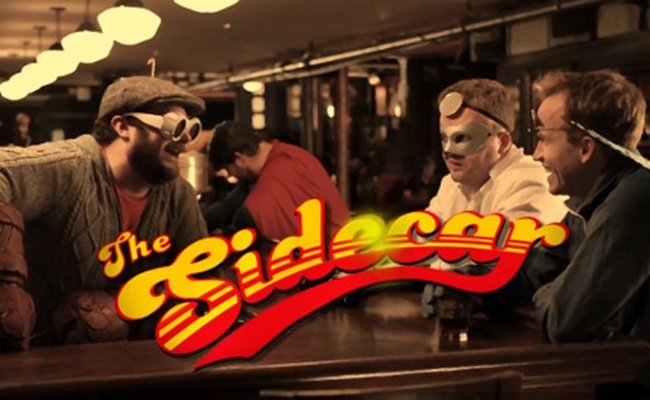 Bobby Moynihan Stars In Superhero Series For Above Average Channel

A few weeks ago, Lorne Michaels‘ Broadway Video production company founded Above Average, a comedy channel on YouTube that was recently announced as one of the sixty new channels in the YouTube Original Channels Initiative. Given that Michaels rose to fame as the creator of Saturday Night Live, early videos on the channel have featured appearances from several of the show’s stars, including Bill Hader and Fred Armisen. Now, a third SNL cast member is beginning his own web series on the channel.

Bobby Moynihan has appeared on SNL since 2008, and he can now add a web series to his acting credits. Moynihan is the star of The Sidecar: Sidekicks Only, which profiles three superhero sidekicks hanging out at a bar that does not look kindly upon heroes more powerful and fortunate than its patrons. As evidenced by its theme song, the show is one half Cheers. The superhero motif and the idea of deriving humor from lame powers reminds me of one the more underrated movies of the last 20 years, Mystery Men. The first episode was released yesterday, with more to follow.

Moynihan takes the lead as Brick, a bartender with a Hellboy arm who literally shits bricks. In the first episode he joins up with Fracture (who can break bones with his mind) and Bluejay (who can fly when he’s invisible, another clear Mystery Men reference that made me wonder if I was being baited.) The first episode provides some decent laughs as the three protagonists (well, mainly just Brick) must fight off an inebriated  Superman.

The deconstruction of the superhero genre is far from a new concept, but there’s a reason we keep seeing it pop up everywhere: it’s fun. The series is bright and colorful, and the characters are just plain goofy. It’s a series worth checking out, and I’ll definitely have my eye on Above Average as it continues to use the money that Google has so graciously awarded it. Excelsior!