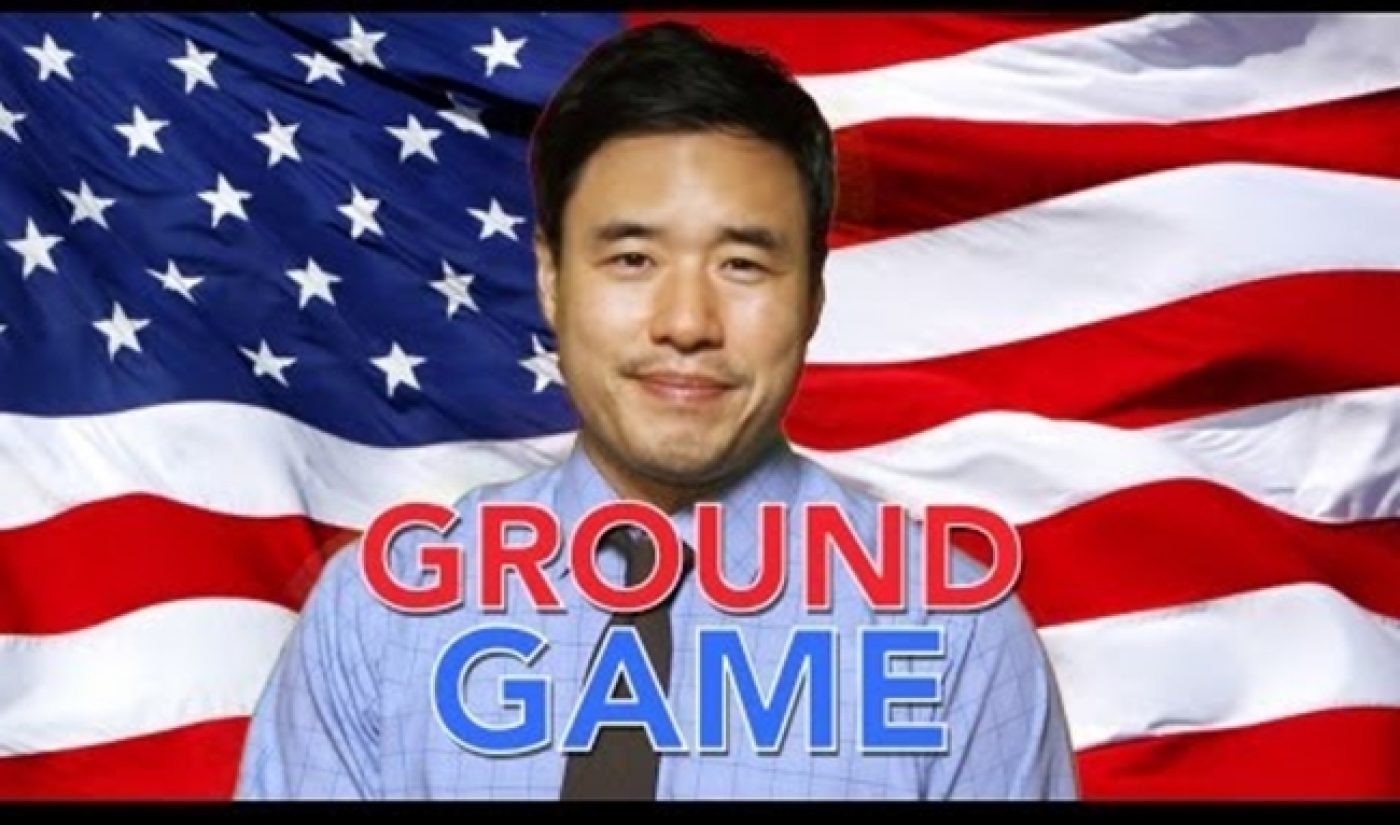 YouTube Original Channel YouOffendMeYouOffendMyFamily (or YOMYOMF, for short) has had its share of marquee series, a given when you consider the channel’s all-star founders (Ryan Higa, KevJumba, and Justin Lin). With the Presidential election under a month away (where does the time go!), YOMYOMF is taking advantage of America’s political fervor by hosting Ground Game, a new political comedy from creator Aaron Hilliard.

Ground Game centers around a fictional Des Moines mayoral election (that, as several have noted, seems quite real), and follows Gavin, the Campaign Director for Bill Hahn, a well-meaning but bumbling candidate. Along the way, we are introduced to several fun caricatures, including Gavin’s beleagued underling, his barely-competent campaign team, and a precocious-but-unqualified internship candidate. The result is a zany and often very funny satire.

The star, as far as I’m concerned, is Randall Park, the comedy veteran who portrays Hahn. He perfectly pulls off the politician who has good people skills but is clueless when it comes to actual policy. His smiling incompetence reminds me of Paul Rudd’s guest appearance as Bobby Newport on Parks and Recreation, who I also found to be incredibly funny. The Hahn/Newport situation isn’t the only similarity between Ground Game and Parks and Rec; the goofiness of small city Midwestern politics is a driving force of each show’s comedy. Considering that Parks and Rec is one of the funniest shows on TV, this is a big point in Ground Game‘s favor.

Ground Game will run for six episodes, with new episodes being released every week leading up to November’s election. The end of the episode featured a teaser for next week that hints at Gavin getting hired to work for the Obama campaign in Iowa (which is, of course, a real-life swing state in the real-life election). The ‘ripped from the headlines’ plot of Ground Game and its timely release are clever ways to get the series as widely-viewed as possible.

The series was created by Aaron Hilliard, whose previous web work includes another political comedy, Grass Roots. Ground Game‘s executive producers are the Russo Brothers, whose previous direction credits include Community and Arrested Development.  Hilliard’s ultimate goal is to turn the series into a TV pilot, and given the clout of his producers and the quality of his product, this doesn’t seemed like such a far-fetched goal.