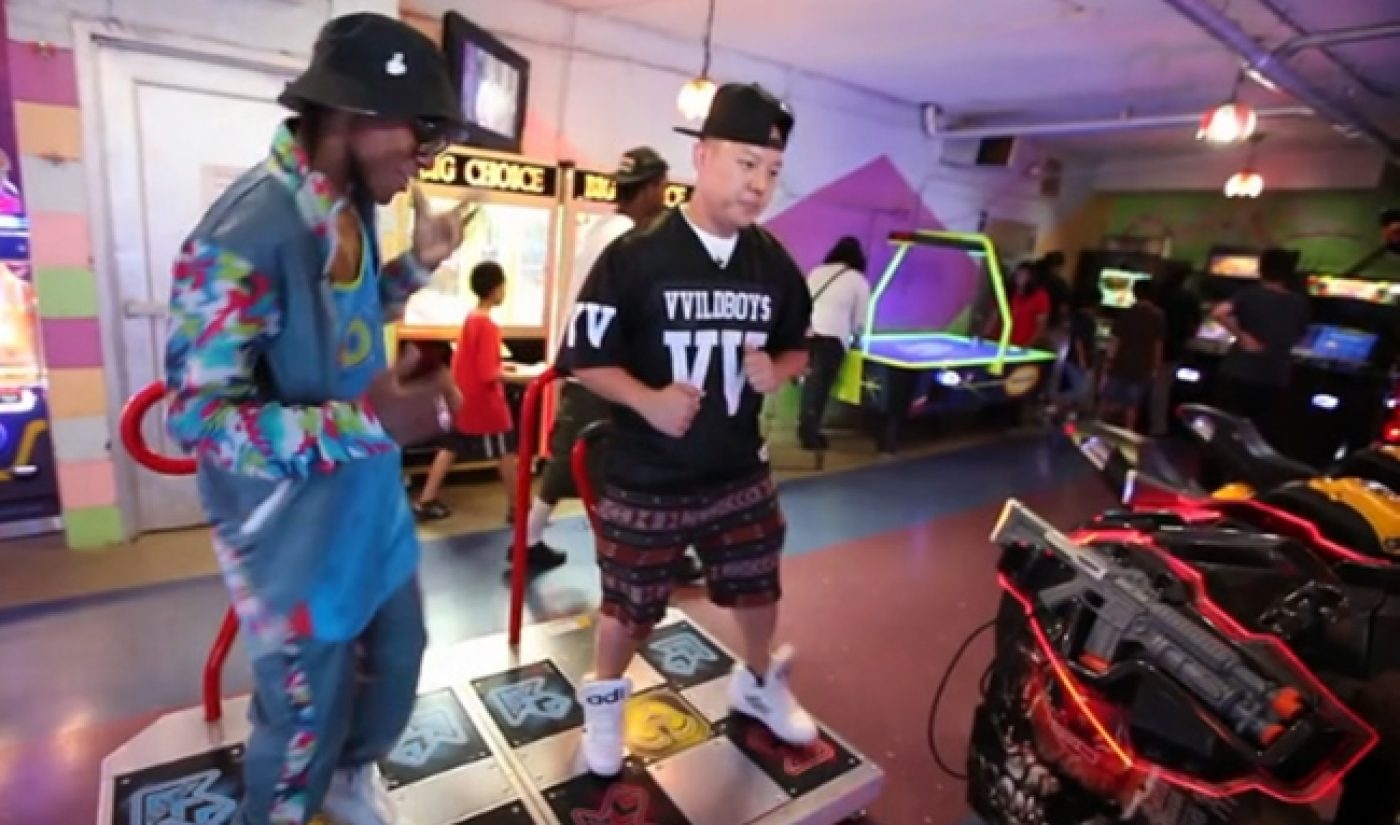 From reading about Eddie Huang, it becomes clear that he is the Terrell Owens of the food service industry. He’s loud, outspoken, extremely talented, and does things both inside and outside of the kitchen that we’ve never seen before. Eddie has composed his thoughts for several years on his personal blog, but he’ll now receive another platform on which he can dish out his outspoken views. Huang will star in Fresh Off The Boat, a Vice web series with the same name as his blog.

In Fresh Off The Boat, which debuts on October 15, Huang will use his unique viewpoint to dissect several aspects of Asian-American (and, more generally, immigrant) culture in New York City. If you’re curious as to what Huang is like or what to expect from his show, a good place to start is with his appearance on Vice’s Munchies series, where he appeared in an episode called Getting High Off Asian Food. Judging by that episode and Fresh Off The Boat‘s trailer, I’d venture that Huang’s series will be urban, bold, and in-your-face.

Huang opened his first restaurant, Baohaus, in 2009, and it got rave reviews for the yummy bao (Taiwanese pork bun) it serves up. Once he became a well-known chef, Huang began throwing his weight around, taking a shot at fellow New York chef Marcus Samuelsson, calling his book “an embarrassing exercise in condescension.” He also feuded with San Francisco bao truck Chairman Bao; he alleges, with some merit, that “These people straight took the name of my #1 item and set-up shop with it.”

Huang is one of the most polarizing figures in the food service industry. His detractors feel he is obnoxious and uppity, while his defenders claim that he is being unfairly criticized for not fitting the mold of the typical Asian-American nerd. Whatever your view on Huang, you can’t argue that he’s a fascinating personality tailor-made for his own web series. And, while I’ve never been to Baohaus, I can say with certainty that Huang’s pork buns look god damn delicious.