‘Real Artists’ Is Like ‘Portlandia’, But With Weird Cartoon Heads 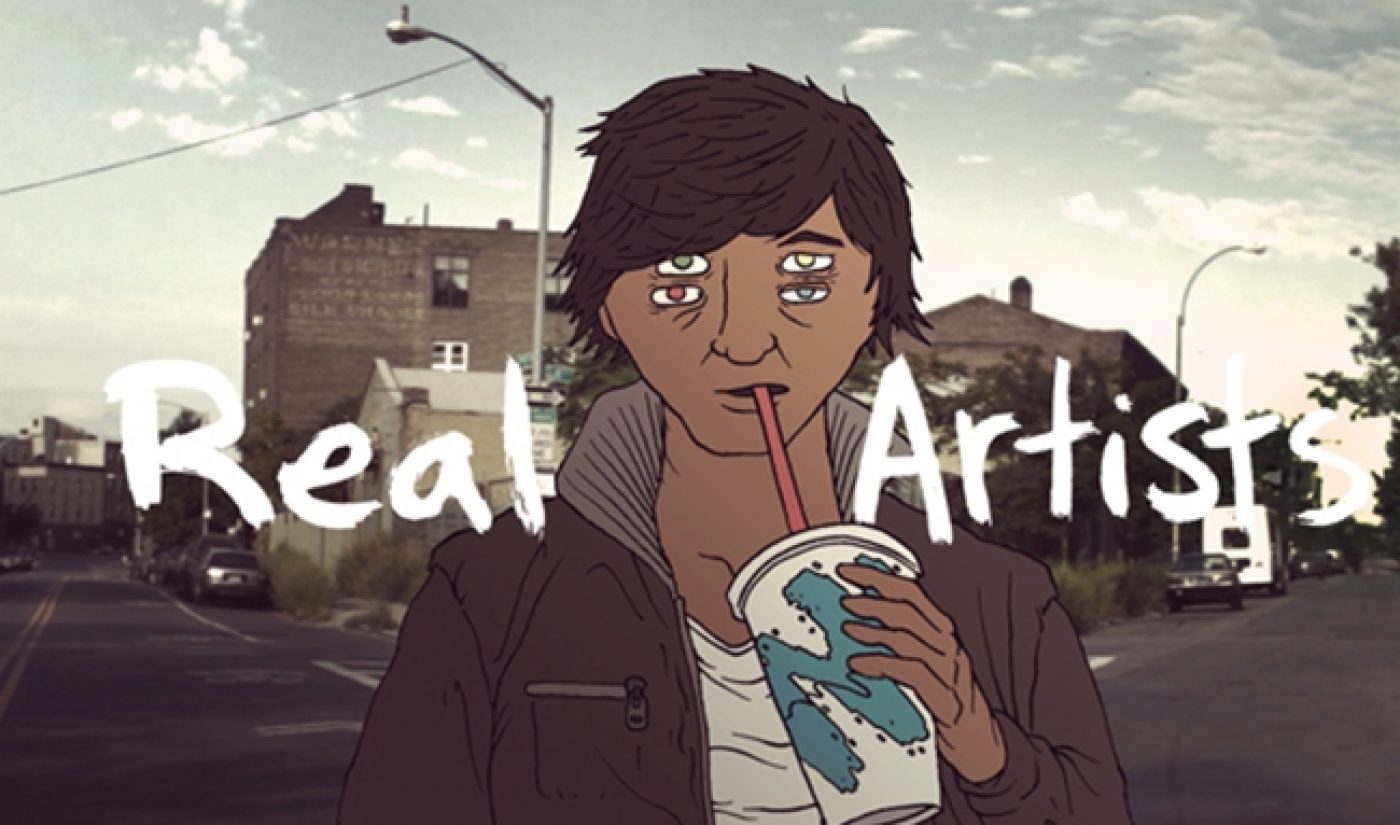 Ashton Kutcher-led Katalyst Media has helped incubate fledgling web series in the past, so it’s no surprise that the company’s Thrash Lab channel (part of the YouTube Original Channels Initiative) followed suit with its Dream Bigger series, a reality series that followed six content creators as they vied to have their shows hosted by Thrash Lab. The entrants were all strong, but YouTube commenters and the Thrash Lab team agreed that Real Artists, a semi-animated series by Tim Bierbaum, was among the best. That’s why Real Artists was one of the three pilot chosen to develop into a full series on the Thrash Lab channel.

The first episode of Real Artists arrived recently, and it’s like nothing you’ve ever seen. The conceit of the show is similar to the IFC Channel’s Portlandia, except instead of following hipsters around Portland in a series of short vignettes, we’re following hipsters around Brookyln in a series of short vignettes. What sets Real Artists apart is its wild character design; each hipster appears with a bizarre face. Some characters have their heads replaced with other objects like a snowman or a heart, while, other have deformities like four eyes or a long snout. Each face is as unique as it is jarring.

In Portlandia, each sketch is connected by nothing more than Fred Armisen and Carrie Brownstein, who play a mélange of characters. Real Artists prefers to connect each vignette to the previous one by having one character from each scene move on to the next one, set in a different location. The result is a interconnected chain of Tumblr bloggers, coffee addicts, and street artists.

Bierbaum’s medium for Real Artists is animated characters superimposed on still images he shot in and around his neighborhood. The whole process is described in his Dream Bigger video, and it seems like an incredibly time intensive method, especially when Bierbaum notes that, for each shot, the characters “each need to be drawn three times.” The result is an incredibly satisfying visual style that breathes a lot of life into each Surrealist character. Bierbaum won’t release more Real Artists until November, probably due to the time-consuming nature of his creation, but I’m very curious to see more of the show.  And, speaking as an incoming Brooklynite, I’m glad I don’t have to turn my head into a snowman before I’m considered hip and cool.