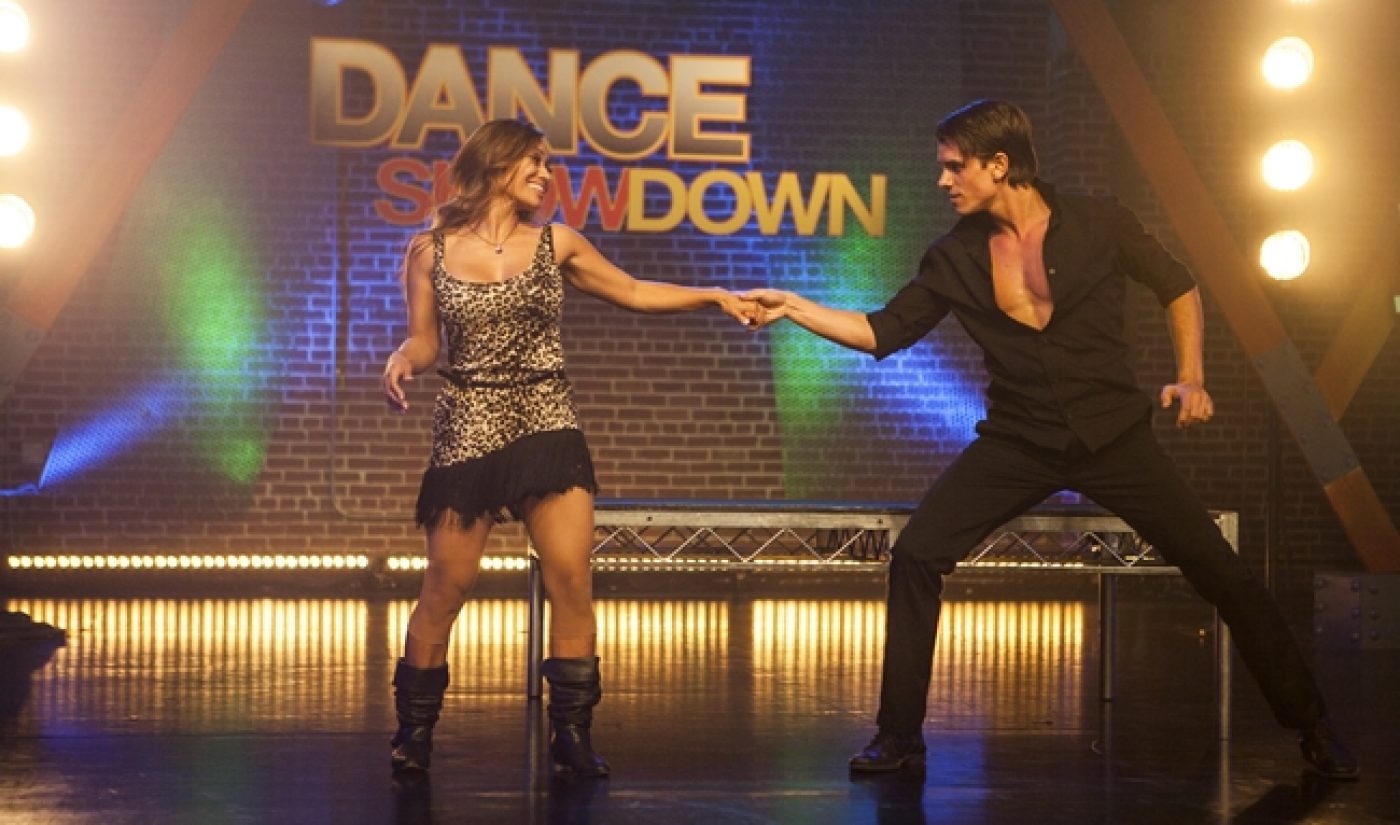 The first season of D-Trix Presents Dance Showdown, which paired YouTube celebrities with professional dancers in a Dancing With The Stars-type conceit, was a smash it. Dance Showdown was the flagship program on the DanceOn channel, and the series’ 10 million views have led the way for DanceOn to become the ninth most viewed network in the YouTube Original Channels Initiative. Though similar in concept to Dancing With The Stars, Dance Showdown was a hit due to the goofiness of the YouTube celebs it featured. Who doesn’t want to see Tay Zonday attempt to get jiggy with it?

Today, Ubisoft and DanceOn announced that Dance On will be returning for a second season, which will premiere on October 5th. D-trix will return as the producer, with ‘NSync’s Joey Fatone (a one-time Dancing With the Stars contestant) and ‘Choreographer to the Stars’ Laurieann Gibson as regular hosts. Both a judges’ winner and a people’s choice will be crowned, though one can only be an “ultimate” Dance Showdown champion by winning both votes.

Several cast members have ties to D-Trix’s YTF Legacy project that he’s been touring the country with recently. Ryan Higa will be one of three rotating guest judges, so except him and his humongous legion of fans to give even more of a boost to Dance Showdown‘s viewership. Two of the contestants, Andrew Garcia and Chester See, also perform with the supergroup. The rest of thecontestant roster include sketch comic Alphacat, inspirational cover artist Brittani Louise Taylor, and that sassy, vengeful couple known as PrankVsPrank. Personally, I think gamer ONLYUSEmeBLADE is expected to fill the ‘awkward dude who can’t dance that well’ role. No matter how he does, though, he’s got to be better than XJawz.

The first season made great use of social media and several live streamed Google+ hangouts to drum up support for the show and give it more of a unique Internet edge distinct from Dancing With The Stars. Now that DWTS is starting to explore bonus content on the web, Dance Showdown will have to bring even more fun if Season 2 is going to remain as popular as the first go-round. When Episode 1 arrives on October 5th, we’ll begin to learn which YouTube celebs can work it and which ones are just being silly.