‘Raised By Zombies’ Is ‘The Walking Dead’ Meets ‘Rage Comics’ 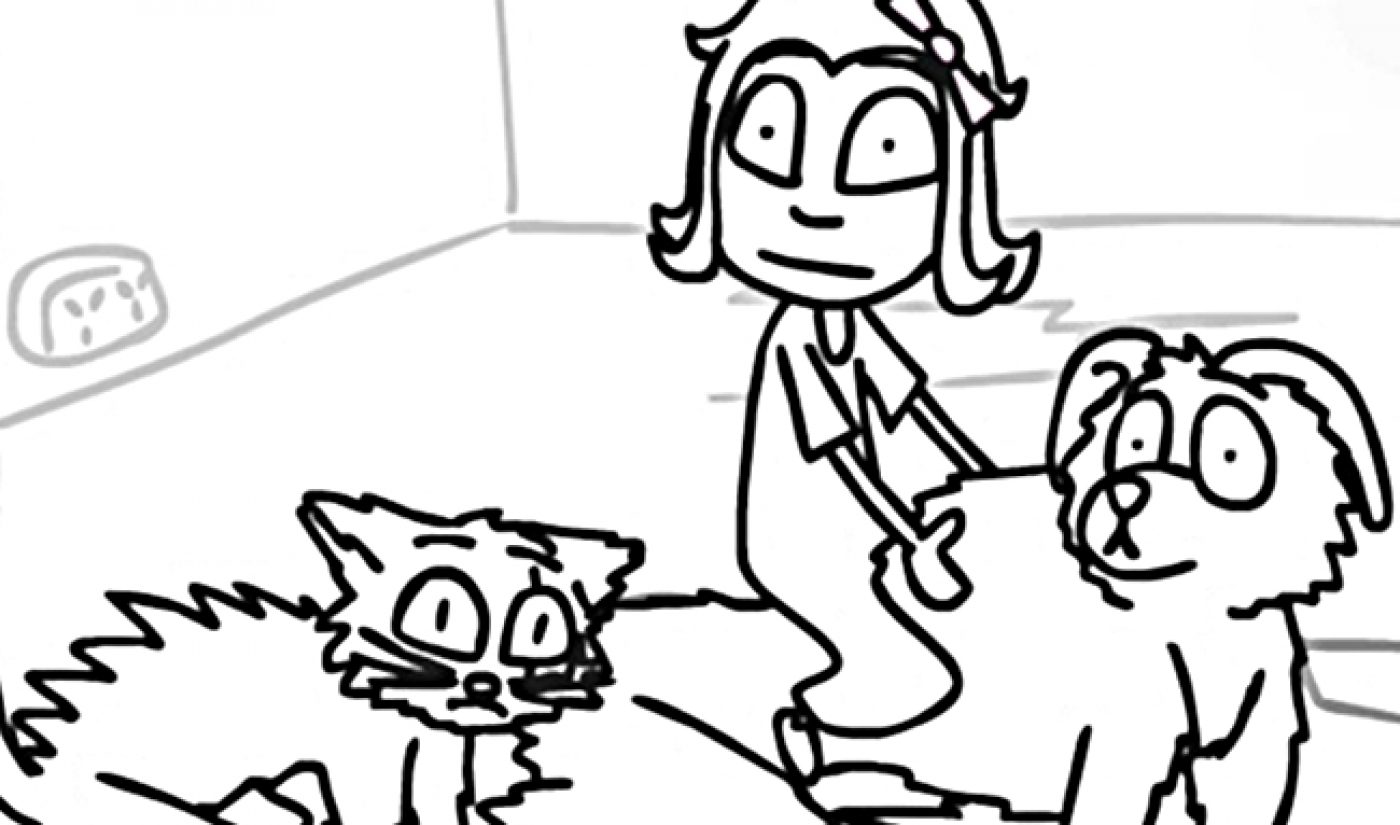 AMC’s The Walking Dead is pretty cool, but I think we all know what would make it cooler: a Caribbean jazz soundtrack and the inclusion of sapient bears.

That’s the formula behind Guy Collins‘ animated series Raised By Zombies; Collins, who is part of the Mondo Media network, produced a second episode for the series a few weeks ago. It chronicles the adventures of a young girl and her world-weary caretaker as they navigate a cartoon world full of bloodthirsty zombies and enough wise animals to fill an Aesop’s Fable. The pilot was released months ago, but it wasn’t until recently that Collins built out the original concept into a multi-episode arc.

Collins first became Internet-famous for his animated versions of several popular rage comics, which earned him millions of hits each with their vaudevillian appeal. Since then, he’s released plenty of one-shot animations on his channel, usually featuring a secret video at the end and recurring characters. Raised By Zombies will be Collins first serial production on YouTube, and due to time constraints he won’t be able to showcase as many of these signature Easter Eggs.

Of course, that doesn’t mean that Raised by Zombies isn’t good. The lack of dialogue (or even dialogue cards, which are present in Collins’ rage animations) adds an extra layer to the visuals and music, and that style does a great job of telling the story and making us feel for both human and animal characters. We get some good old fashioned zombie killing, but also a message of peace. If you watch both the original pilot and the second episode, the theme here is clearly “what goes around comes around.”

The best details about the future of the series can be discerned by reading Collins’ comments on his own videos. Apparently, the series will run for five more episodes, and things will only get crazier from here. According to Collins, we’re going to see a magic shotgun, a large passage of time, and a big hidden episode at the end to make up for lost secrets. I’m certainly excited to see what Collins gives us when episode 3 is released sometime near the end of the month.