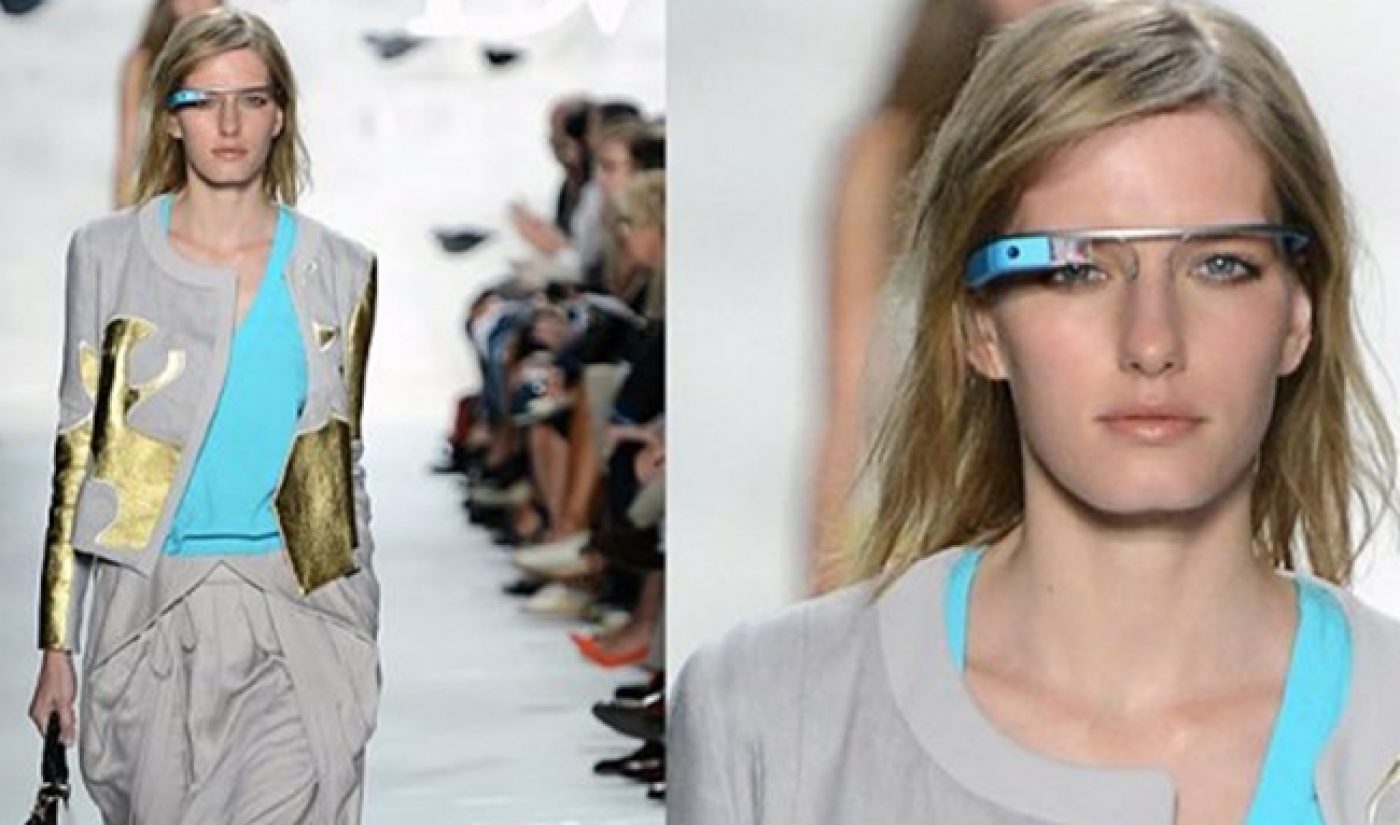 Google‘s Project Glass, at first glance, seems like the coolest thing ever. The much-hyped technological advancement from Our Dear Leaders At Google is essentially an small camera mounted on a pair of not-entirely-unfashionable glasses, allowing users to record video from a true first person perspective.

The possibilities are endless – everything from simulated-reality video games to active social networking to on-the-spot translation – and the Glasses are one of the most exciting tech innovations currently in development. Sergey Brin helped demo the Glasses at Google I/O in San Francisco this June, and last week more footage was released from the crazy spectacles, this time showing the first-person view of designer Diane Von Furstenburg at her New York Fashion Week show.

So the future has arrived. If you’re a skeptic like me, you can’t help but think that the future looks like a fashionable present. So far, it’s hard to see what makes Google Glasses different than a video camera duct taped to one’s head (aka the early days of lifecasting), at least from a functionality perspective. There was no “augmented reality” to speak of, though with the Glasses fetching an alleged $1500 price tag when they are released next year, Google hopefully plans on souping them up a bit to make them worth the investment.

From an online video perspective, however, Google Glasses are absolutely incredible. Now, self-respecting celebrities who refuse to take my duct-taped-camera-on-the-head fashion advice (it’s gonna catch on, I swear!) can live blog their entire days at the push of a button. The amount of raw video that rich people will shoot once these babies are released is absolutely daunting to think about. New celebrity web series should become common, creating a new standard of vicarious living. And, as this New York Times article suggests, it will require a mountain of servers to handle all the data uploaded from Google Glasses if they do become a widely available gadget.

It’s probably a good idea not to get too excited about Google Glasses until next year, but they are undeniably cool. Kudos to Our Dear Leaders for designing their new toy to be so fashionable that a high-society fashion designer like Furstenburg can’t help but include it in her runway shows. All we can do now is wait for more info about the sorts of bells and whistles that will be included as part of that $1500 package. My hope? This.