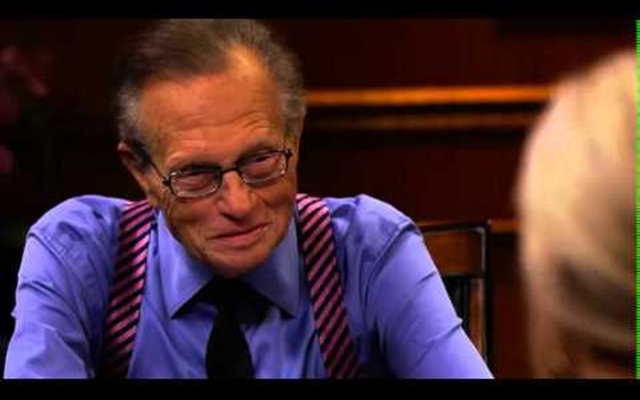 Larry King Doubling Up on Ora.tv as Election Draws Closer

In case you haven’t heard, Larry King’s career didn’t end when Larry King Live aired its last episode in 2010. Instead, King has simply left CNN behind for the freer space of his own web channel, Ora.tv. For months, the channel’s hit show has been Larry King Now, where the famous interviewer shows off his well-honed skills. While Larry King Live featured guests from politics and business, Larry King Now’s guests (with the exception of a few relatives of politicians) have been situated within the entertainment sector.

One of the hallmarks of Larry King Live was its exhaustive coverage of political elections, and with Election Day less than months away, King is not missing an opportunity to bring in some big time political analysis. But he’s not completely mixing politics into Larry King Now; instead, he’s hosted Ora 2012, a live special on Ora.tv and YouTube which aired after each of the Conventions.

The live coverage directly opposed the Obama campaign’s homegrown coverage led by Kal Penn. I’m on the record as saying that the Dems were trying to steer viewers towards left-wing coverage of the DNC. That angle seems to be in direct competition with Ora 2012 ostensibly unbiased approach to the political fray. So did King’s use of guests from both sides of the political spectrum properly provide a balanced alternative? Only way to know is to watch the coverage yourself.

You can see the entirety of Ora 2012’s DNC coverage here (the first three hours of that video contains footage from the convention, while the last hour contains King’s show.)