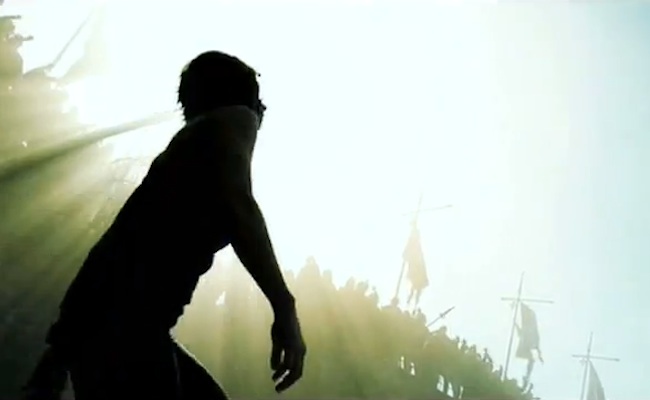 Director Kevin Tancharoen is well known around these parts for his work on Mortal Kombat: Legacy, one of 2011’s great web series debuts. What’s less known about the Fame director is that he pitched The Hunger Games to Hollywood before the project was given to Gary Ross, who turned it into a hugely successful hit. Tancharoen, however, has posted up his original pitch trailer on YouTube (by way of slashfilm), where we can see his original vision for the film.

To create an accurate representation of his vision, he put together a mash-up trailer, culling together footage from dozens of films to synthesize the Hunger Games adaptation he wanted to put on screen. If the movies Tancharoen chose to include are any indication, his version of The Hunger Games would’ve been a wild mix of Gladiator, Mad Max: Beyond Thunderdome, and Firefly, with a nice large helping of Harry Potter and Twlight on the side.

Mash-up trailers are commonly made by fans, so it makes sense that Tancharoen–who was pegged to helm MK: Legacy after a warm response to his fan trailer, Mortal Kombat: Rebirth – would continue to exercise his fanboy roots in his Hunger Games pitch. Though he didn’t end up receiving the project, he is slated to direct an upcoming Mortal Kombat feature film, so don’t be surprised if the style or casting choices (I’m rooting hard for Christoph Waltz as Raiden) from Tancharoen’s Hunger Games find their way into that film.

You can read a nice long interview with Tancharoen over at slashfilm about the process of pitching Hollywood and why directors these days are using mash-up trailers to convey their visions to studio executives.