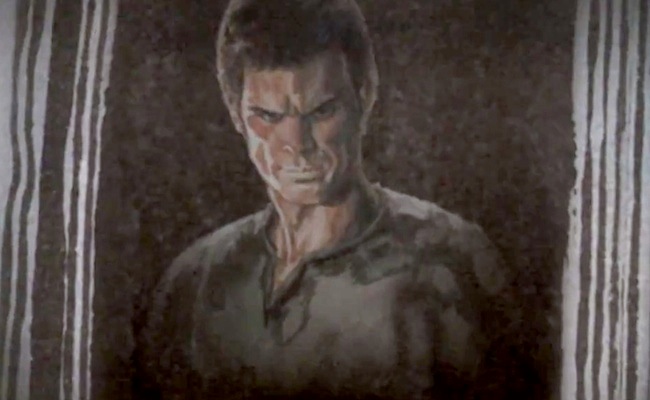 Fans of Showtime’s highly successful Dexter have been waiting patiently (possibly with the aid of some Etorphine?) for September 30. That’s when Season 7 of the show about a serial killer with a moral compass that’s well-calibrated will air its first episode, hopefully resolving the shocking cliffhanger at the end of Season 6. (Semi-Spoiler Alert: It was a BIG cliffhanger.)

In the meantime, the patience of those fans has been rewarded with a new season and new episodes of Dexter: Early Cuts, the animated web series that seeks to fill in the gaps in Dexter’s backstory.

As with previous installments of Early Cuts, All In The Family is narrated by Dexter himself, Golden Globe-winner Michael C. Hall. Dexter producer Scott Reynolds wrote the wrote, and noted comic book artist David Mack animates them in the same vivid, hand-drawn, graphic-novely manner featured in the first two seasons.

Three minisodes have already been released on the Showtime website, with one more expected each week leading up to the season premiere. Astute viewers have already picked up on subtle references to Season 7 contained within All In the Family, so it’s certainly a must watch for any Dexter fan hoping to make properly educated guesses about how Dexter will resolve the familial “situation” he has on his bloody hands.