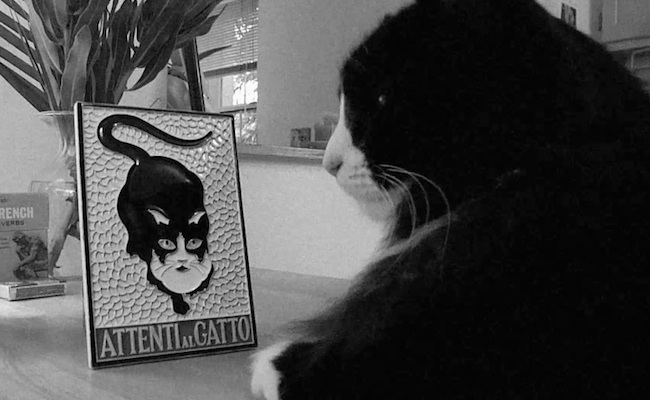 This week, Minneapolis’ Walker Art Center attempted to bring some closure to an internet question nearly as old as Pinky. Out of all the cat videos online, which one is the BEST? The answer came in a crowning of the best of the best feline-featuring videos at the first (in-person) Internet Cat Video Film Festival, which drew an audience just north of 10,000 in-person attendees.

When asked for the justification for the festival (as if you really needed one), program fellow at mnartists.org, “self-proclaimed borderline cat lady,” and St. Paul native Katie Czarniecki Hill wrote this on her blog:

“I could not be more excited to literally bring this solo cat video viewing behavior out in the open. Walker Open Field welcomes cat lovers….to openly release your cat-video-induced giggles and emotions that are otherwise muffled by computer screens and constrained by cubicles. Rejoice and be free like my favorite triumphant slow-motion kitten playing in the video below. Let’s transform this singular small screen viewing experience into a shared celebration with the larger-than-life projection of these silly clips out on the Open Field.”

Director of Henri, Paw de Deux Will Braden beat out a group of near purrrrfect (sorry!) contenders (including So Your Cat Wants A Massage, Cats and Pants, and The Balloon, all of which you can watch here) and triumphantly walked off with a Golden Kitty for “Best Cat Video.“ The vid is the sequel to Henri, a French film noir parody and over-the-top existential take of the spoiled and often mundane life of a feline’s existence. It stars Lil Bub as the lead and has generated over 3.5 million views since its April 2012 release.

Posting a photo of himself, Lil Bub, and Lil Bub’s owner Mike, Braden had this to say about his winning entry: “This is a great honor…I don’t think I’ve ever purred this loudly.” Lil Bub agrees. The budding starlette’s work can be seen in the 3rd installment of the Henri series Le Vet.

Cats still don’t skateboard half as well as dogs, but that’s irrelevant.