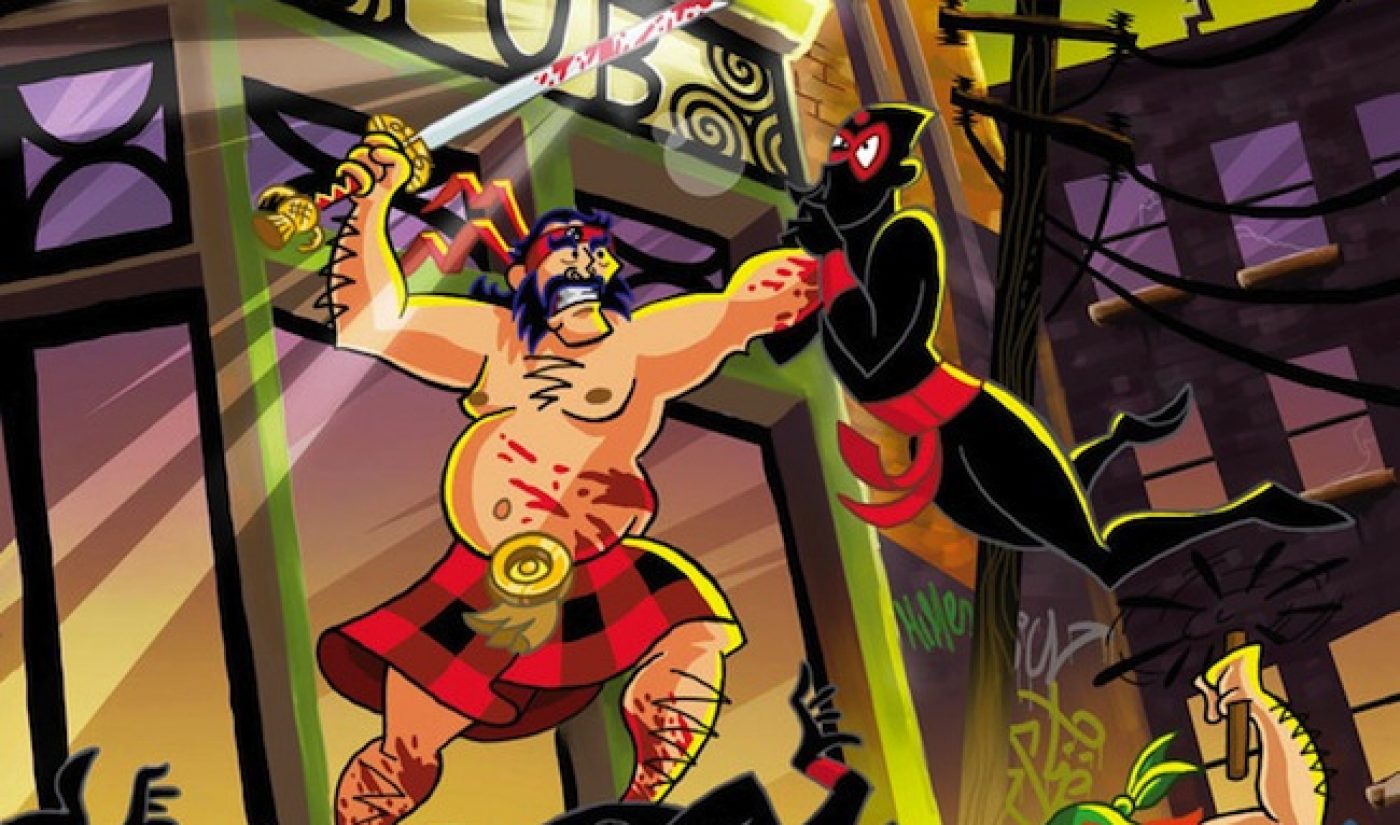 A Scottish ninja is exactly what it sounds like. An individual who’s in possession of the countenance, build, demeanor, and voice of a William Wallace and the weapon and hand-to-hand combat skills of a Hattori Hanzō that makes for an incredibly compelling ethnic and cultural combination ripe for exploitation in some form of entertainment, which you wish you thought of before Rob Mullin and Beau Obremski of Sly Studios did.

The duo debuted the animated exploits of a ragtag group of Scottish ninjas (which they describe as having “comedic carnage in Kill Bill: Vol. 1” with the “Scottish pride and mythology of Braveheart” and a “dash of irreverent and inappropriate South Park humor”) as a 22-minute TV pilot before deciding to head to the web.

“After our 21 minute pilot screened as an official selection at both the iTVfest and Seattle’s MIFFF, we decided to take Scottish Ninjas to another platform and as a web series where we could better access audiences and maintain creative freedom,” said Obremski.

Now, Scottish Ninjas is a full-fledged original web series with the audience and business development support of the recently-funded YouTube network Big Frame looking to dominate the online video landscape with its Kilt-Fu stylings and real ultimate power.

But Mullin and Obremski could use some crowd-funded support to become the Black Mamba of the online video animation scene. The pair recently launched a Kickstarter campaign, seeking at least $12K in cash that will help make possible a helluva lot more than at least $12K’s worth of programming. Here’s the pitch:

If you’re interested in seeing an original web series with a compelling storyline and (given the premise) potential massive mainstream appeal, contribute a few dollars the Scottish Ninjas’ way. You can say you were a supporter before the characters make it onto lunchboxes, be the possible owner of a genuine Celtana blade made by Punished Props, and get to see their super sweet money-raising thermometer of blood and gore go up a degree or two.