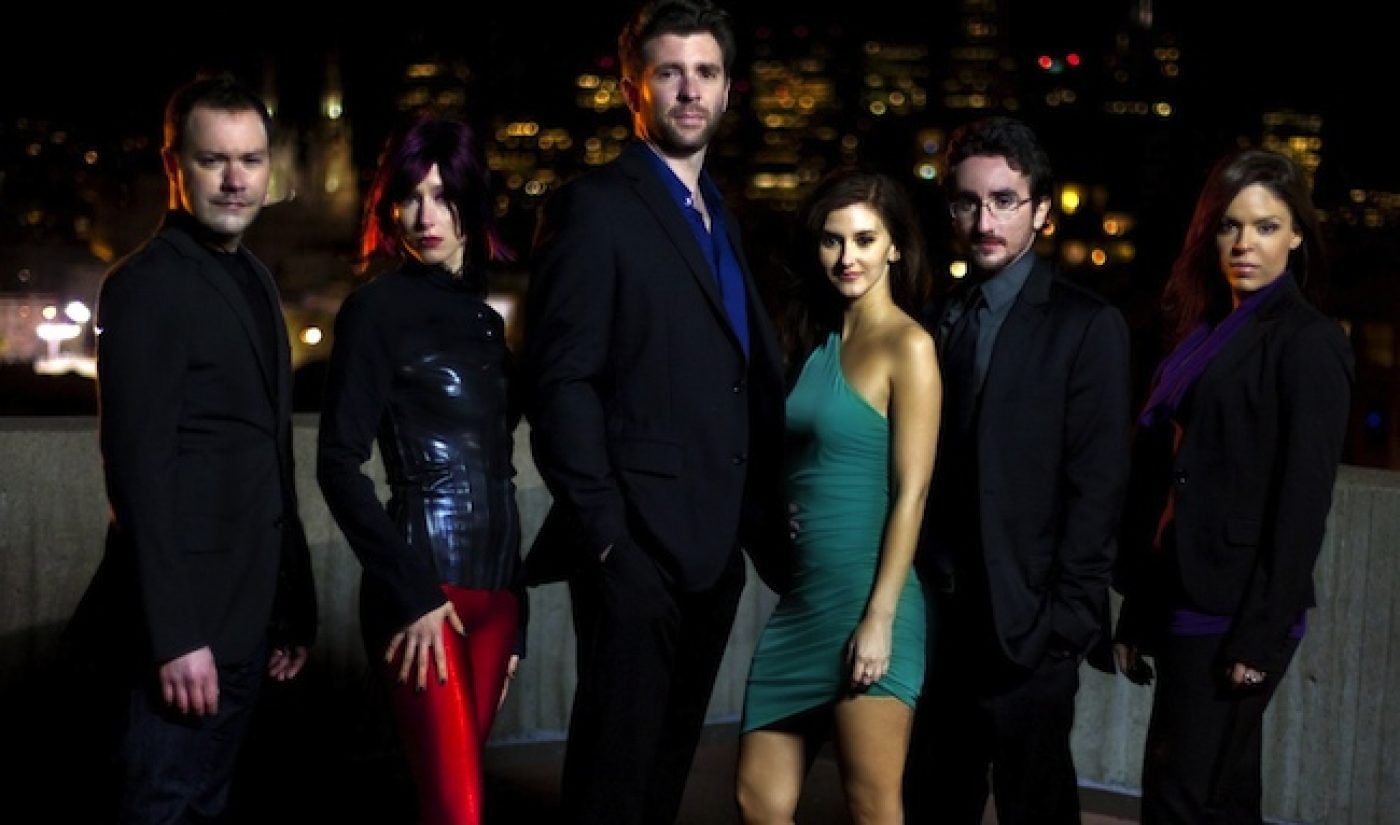 It’s important for proprietors of small business to have small business insurance. Especially if that small business is a startup in possession of $500,000 in seed capital, the technological knowhow to make the kinds of holographic images that brought Tupac back to life as commonplace in internet savvy households as webcams, and a handful of cutthroat entrepreneurial enemies that thrive in the seedy underbelly of Silicon Valley.

At least that’s the sentiment – and the premise – of the sophomore season of the the original branded entertainment web series Leap Year.

Presented and funded by Hiscox (“the first insurer in the US to offer small business insurance direct, online, and in real time” that sponsored the program for a second season because the first season worked”), produced by CJP Digital Media in association with Happy Little Guillotine Films (the outfit behind Streamys nom Break A Leg), and written by Vlad and & Yuri Baranovsky, the second set of 10 episodes of the series picks up six months after the first set of 10 episodes ended.

The team at C3D (which is planning to bring a “Skype with holograms” to market in an accelerated and aggressive timeframe) is now trying to turn their initial half-million dollar investment into tech gold in the city of San Francisco. But for co-workers Aaron Morrison (Yuri Baranovsky), Bryn Arbor (Alexis Boozer), Derek Morrison (Wilson Cleveland), Olivia Reddox (Daniela DiIorio) and Jack Sather (Drew Lanning), not all is well in the Eureka State.

For one, C3D’s CEO is a highly functioning, impulsive narcissist who has a way with words and the ladies. And for two, one of the ladies who he tries to have his words and way with is “hacker in heels” June Pepper (played by Eliza Dushku). After the two meet and exchange memorable quips over drinks, handcuffs, break-ins, a taping of What’s Trending, and a fictionalized version of Silicon Valley startup culture rooted in reality, but realized with a crooked criminal twist ensue.

And in addition to that long list of recognizable names, expect see longer episodes of Leap Year this season. The average installment will clock in somewhere around the 18 to 22-minute mark. Full, half-hour episodes of original web series is something both the Baranovskys and Leap Year Executive Producer and star Wilson Cleveland have been championing for some time.

Check out new episodes of the latest long-form star-studded season of Leap Year every Monday on Hulu.