Elijah Wood Makes His Machinima Debut in Season 10 of ‘Red vs. Blue’ 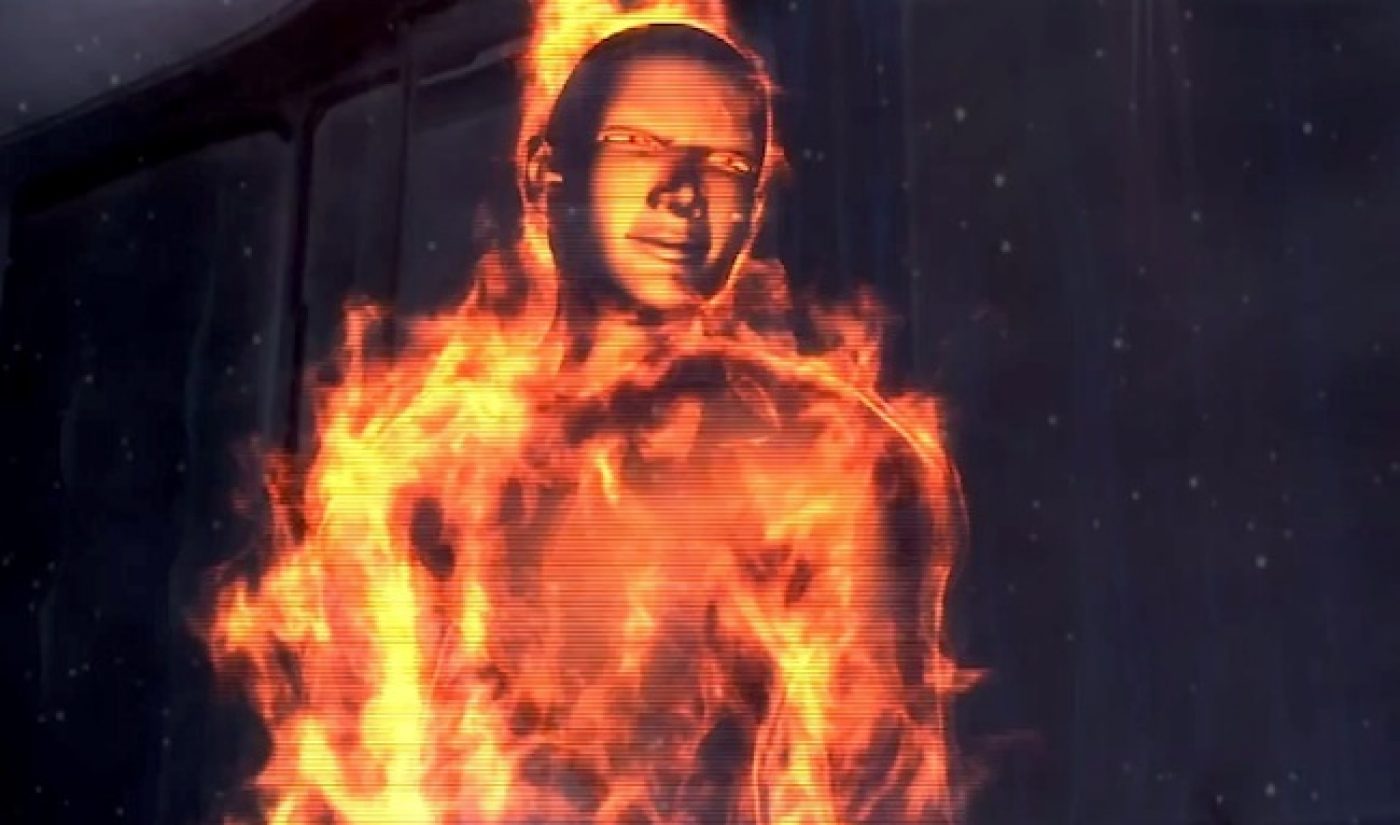 Rooster Teeth, the Austin-based production company behind one of the most popular and longest-lasting original web series of all time, became a member of YouTube’s Billion Views Club earlier this month. And earlier this week, the company crossed another threshold impressive to anyone living in a base 10 civilization who’s also involved in the online video industry.

For the professional RvB enthusiasts, season 10 begins right where the last season left off, with the return of a pissed off Agent Carolina. For the novice RvB viewer, the somewhere-around-21-episode tenth iteration of the series will explore the intricacies of and conflict surrounding something called Project Freelancer. It will also feature the voice of Elijah Wood.

“Elijah is a big gamer,” Rooster Teeth co-founder and Red vs. Blue writer, director, and voice actor Burnie Burns told me over the phone. “I don’t know if many people know that. He’s really into the gaming culture and we’ve seen him at events like E3. He knew people that knew us and they asked him if he wanted to see the studios and he said yes.”

A tour of Rooster Teeth’s 7,00 square foot (and rapidly expanding) production facility turned into a friendship, which spawned a conversation a few years later while Burns and company were in New Zealand promoting their RvB DVDs and stopped by the set of a little movie Wood was filming called The Hobbit.

“The idea came up of getting Elijah to do a cameo,” Burns explained. “He said ‘Yes.’ Then I said ‘Would you like to play the villain?’ He said ‘Yes’ to that, too.”

And that’s how Wood’s voice came to be the voice of Sigma in Red vs Blue‘s tenth season. “I can’t tell you what an honor it is for someone the caliber of Elijah Wood to be in our series,” Burns said. “We just have a lot of respect for him as an actor. When we got him in the booth, you feel those clicks on an artistic level that just make you smile.”

Be sure to tune into the season 10 of Red vs. Blue to see what Burns is talking about. I’m sure after watching for a few minutes, you’ll be smiling, too.